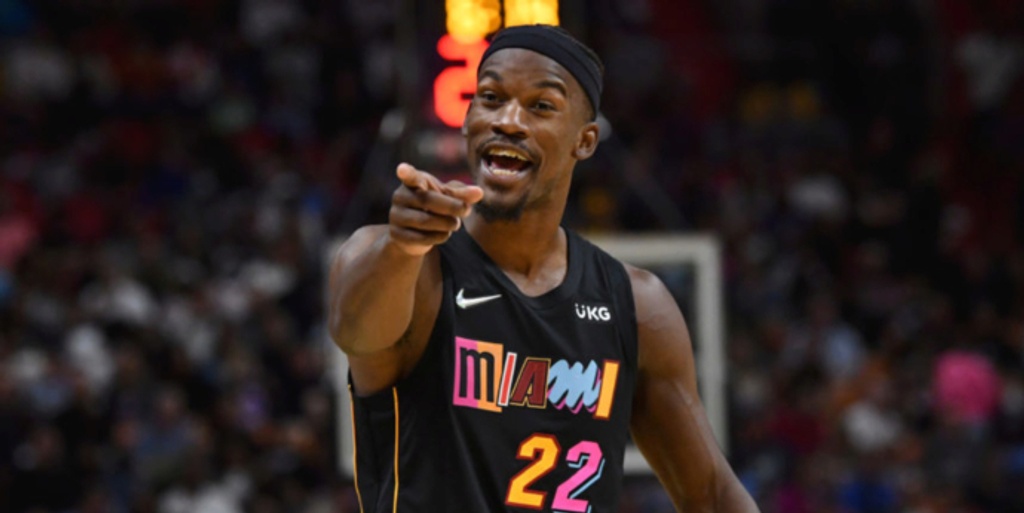 It’s time for our latest picks against the spread with “Nothing But Bets,” our daily NBA betting podcast hosted by yours truly. Each morning, we provide you the edge when canvassing the daily market for a fun slate of action. On Wednesday, a monster 13-game slate is in store, and we have you covered from all angles.

As always, our odds are provided by TwinSpires Sportsbook and over/under prop bets are provided by PrizePicks. Over the last two days, “Nothing But Bets” is 9-2 against the spread, including an undefeated 3-0 mark on Tuesday. Overall this season, we’re carrying an 81-63 record (56.3%).

Did you know we’ve also made $7,000 on PrizePicks power plays over the last week? If you haven’t tailed yet, it’s time to do get in on the over/under action. Without further ado, it’s hammering time!

It’s hard to envision a scenario where the Magic win this game, let alone cover the 9-point spread against Brooklyn. Kevin Durant is in the MVP race right now playing at an extremely high level. Also, James Harden is working his way through the new foul rules and beginning to find his footing. Orlando has a fun young core, but that group is no match for the Nets on Wednesday night. Tail this over/under power play on PrizePicks: Durant over 28.5 points, Harden over 20.5 points, Cole Anthony over 18.5 points, Joe Harris over 2.5 threes, Durant over 2 threes.

It will be interesting to see how the Cavaliers maneuver their offensive production with Collin Sexton out with a meniscus injury suffered at Madison Square Garden against the New York Knicks. Expect to see Ricky Rubio take on an increased role, plus Darius Garland to have an ultra green light to shoot from deep. However, in this matchup, we’re rolling with the road favorite in Washington. The Wizards’ well-balanced rotation around Bradley Beal has been paying huge dividends so far. For that reason, we’re rolling with Washington against the Sexton-less Cavaliers. On PrizePicks, here’s another enticing over/under power play: Beal over 26.5 points, Garland over 19.5 points, Evan Mobley over 17.5 points, Jarrett Allen over 12.5 rebounds, Rubio over 6.5 assists.

In a battle between the two top picks in the 2021 NBA Draft, this should be a matchup where you sit on the couch and grab some popcorn for the entertainment value. Sure, it’s two tanking teams going nowhere, but Cade Cunningham vs. Jalen Green is box office material on its own. For the first time this season, we’re going with the Pistons to cover the 3.5-point spread on the road. In Round 1, give me Cunningham over Green. No surprise, on PrizePicks we’re locking in a rookie-heavy prop: Jerami Grant over 20.5 points, Christian Wood over 19.5 points, Cunningham over 15.5 points, Green over 13.5 points, Cunningham over 5.5 rebounds.

Milwaukee looks to get revenge after it blew a 20-point lead at home against the Knicks last week. This time around, New York is the 4-point favorite with the Bucks on the second night of a back-to-back. Even as the underdog, give me the Bucks in this matchup. I’m expecting a monster outing from Giannis Antetokounmpo under the bright lights of MSG to get this one done. Lock in Bucks +4 and the following power play on PrizePicks: Giannis over 27.5 points, Grayson Allen over 13.5 points, Giannis over 10.5 rebounds, Giannis over 5 assists.

I’m forecasting a huge night from Jayson Tatum, which should propel the Celtics over Toronto. Jaylen Brown is out tonight, but I get the feeling that we'll see one of those special outings from Tatum. Toronto has been a feisty team against the spread, especially with its fun, young wing duo in OG Anunoby and Scottie Barnes. On PrizePicks, we’re banking on Tatum to lead us to a power play win: Tatum over 26.5 points, Anunoby over 17.5 points, Barnes over 12.5 points, Barnes over 6.5 rebounds, Tatum over 3 threes.

The Hornets’ defense is a dumpster fire right now, and it’s hard to see how they escape it anytime soon. Charlotte is in desperate need of making a trade for an elite rim-protector (*cough* Myles Turner *cough*), which could finally lift them to being a legitimate playoff contender. On the road in Memphis, though, I’m hammering the Grizzlies to cover the 5-point spread. It’s going to be a shootout, but I trust the Grizzlies way more to get a few stops when it matters compared to Charlotte. On PrizePicks, I’m rolling with the idea of a very high-scoring game for the over/under power play: Ja Morant over 23.5 points, Miles Bridges over 20.5 points, LaMelo Ball over 19.5 points, Desmond Bane over 13.5 points, Morant over 1.5 threes.

Even though the Mavericks have the best player on the floor in Luka Doncic, it’s hard to trust them against an above-average opponent. Dallas has feasted on the bad teams, but struggled against ones who are actually consistent. That’s no different for my prediction tonight, locking in Chicago to cover the 3.5-point spread. Expect huge outings from Zach LaVine and DeMar DeRozan to send the Bulls to victory. Let’s ride with this prop on PrizePicks: Doncic over 25.5 points, LaVine over 25.5 points, DeRozan over 23.5 points, DeRozan over 0.5 threes.

The underdog theme continues for today’s picks, as I’m betting on the Kings to win outright in San Antonio. Sacramento has been a tad inconsistent, but I think it is just the better team overall here against the Spurs. After almost pulling off a 24-point comeback late on Monday versus the Phoenix Suns, Sacramento is showing some real resilience. Hammer the Kings at +1 and the following over/unders via PrizePicks: De’Aaron Fox over 21.5 points, Harrison Barnes over 18.5 points, Fox over 6 assists, Barnes over 2 threes.

There will be no Nikola Jokic tonight for Denver, as he serves his one-game suspension for hitting Markieff Morris from behind Monday. Also, the Nuggets will be without Michael Porter Jr. for the foreseeable future due to a back injury. Denver is without its top three scorers, so we’re betting on Indiana to get the job done at altitude. (If you haven’t already, go check out my Pacers story from earlier today as well in regards to Chris Duarte's emergence.) Here are our over/under leans on PrizePicks for this matchup: Will Barton over 18.5 points, Domantas Sabonis over 16.5 points, Sabonis over 10.5 rebounds, Sabonis over 4.5 assists.

Deandre Ayton is out once again for the Suns tonight against the Trail Blazers, but the momentum is very much in their favor right now. As the winners of five straight, it’s hard to envision the Suns losing this one against the very inconsistent Blazers. When will Damian Lillard snap out of his shooting funk? Until he snaps that stretch, it’s hard to bet on Portland. Hammer Phoenix to cover the 5-point spread and the following props on PrizePicks: Devin Booker over 24.5 points, Jusuf Nurkic over 10.5 rebounds, Chris Paul over 9.5 assists, Booker over 2 threes.

Miami is going to be super-charged up after what happened in Denver on Monday. Against the LeBron James-less Lakers, who continue to struggle without the best player of this generation, we’re hammering the Heat to cover the 4.5-point spread. This feels like a statement game opportunity for Jimmy Butler, so we’re leaning heavily in his direction for our PrizePicks over/under power play here: Butler over 23.5 points, Carmelo Anthony over 16 points, Bam Adebayo over 9.5 rebounds, Butler over 6.5 rebounds, Butler over 6 assists. Miami is a real threat to make it out of the Eastern Conference this season, so this is another chance to notch a huge win.

Hammer this spread all the way in favor of Golden State. Stephen Curry is the early MVP favorite, and I expect another huge outing from him against Minnesota’s backcourt. The Warriors are clicking on all cylinders, and they’re only going to get better once Klay Thompson is back later on. Golden State landed at No. 1 in the BasketballNews.com Power Rankings this week, so we’re riding that momentum and taking the Warriors to cover. Tail this over/under power play on PrizePicks, too: Curry over 30.5 points, Karl-Anthony Towns over 23.5 points, Anthony Edwards over 22.5 points, Curry over 6 assists, Curry over 5.5 assists.