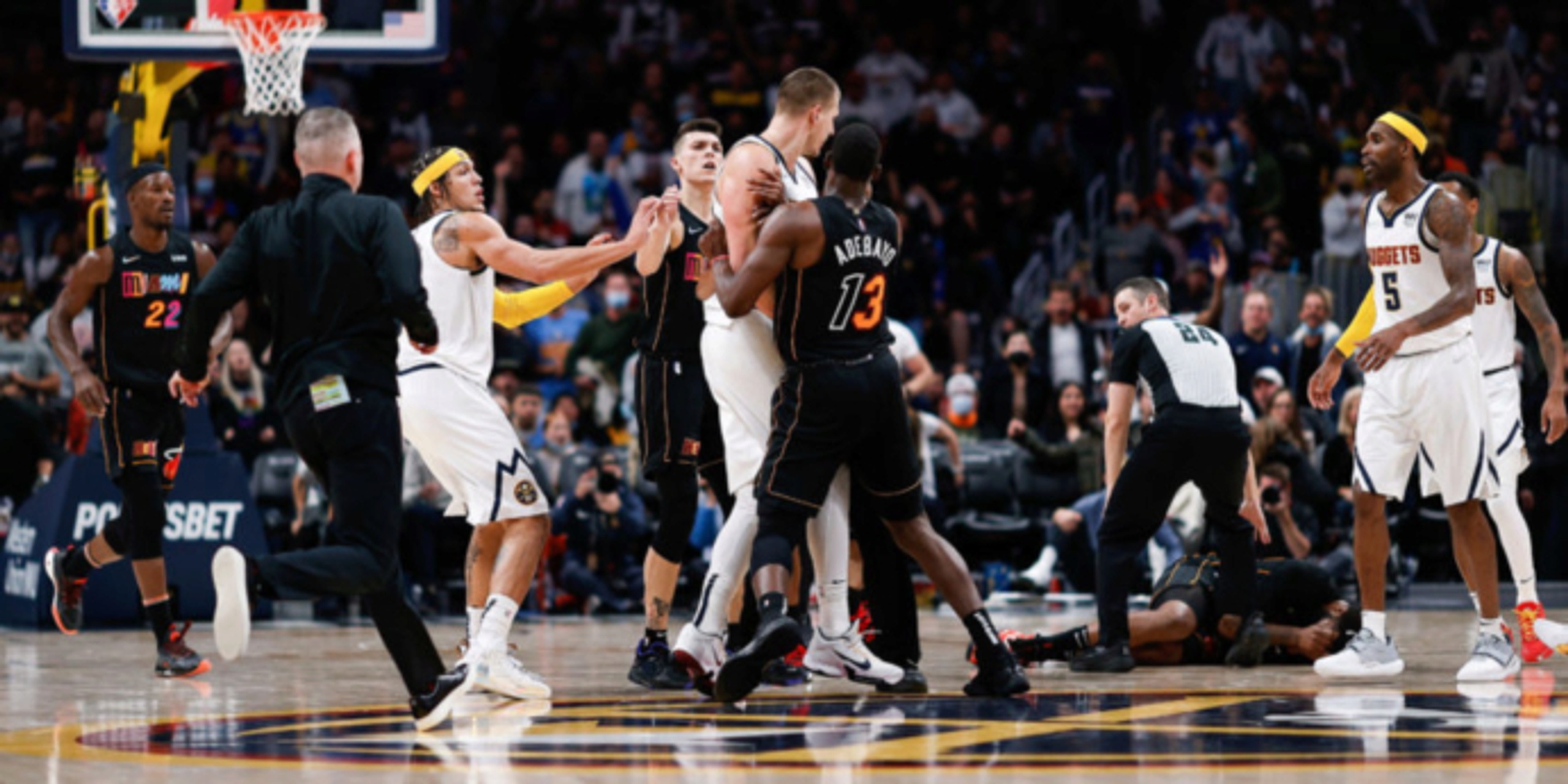 Nikola Jokic, Markieff Morris ejected after back and forth altercation

Denver's Nikola Jokic and Miami's Markieff Morris were both ejected from Monday night's matchup in the Mile High City, where the Nuggets beat the Heat 113-96. Late in the fourth quarter, with the game pretty much out of reach, Morris gave the reigning MVP Jokic a nice bump to the chest at mid-court, which certainly rubbed Jokic the wrong way as he retaliated with a running elbow to the lower-back of Morris right after.

Jokic will likely be suspended for at least a few games, as the hit was quite vicious. Expect the NBA to release an official statement tomorrow morning/afternoon.

Here is the full play that resulted in ejections for both Jokic and Morris:

wait what is happening pic.twitter.com/ZGmZAAPR8n