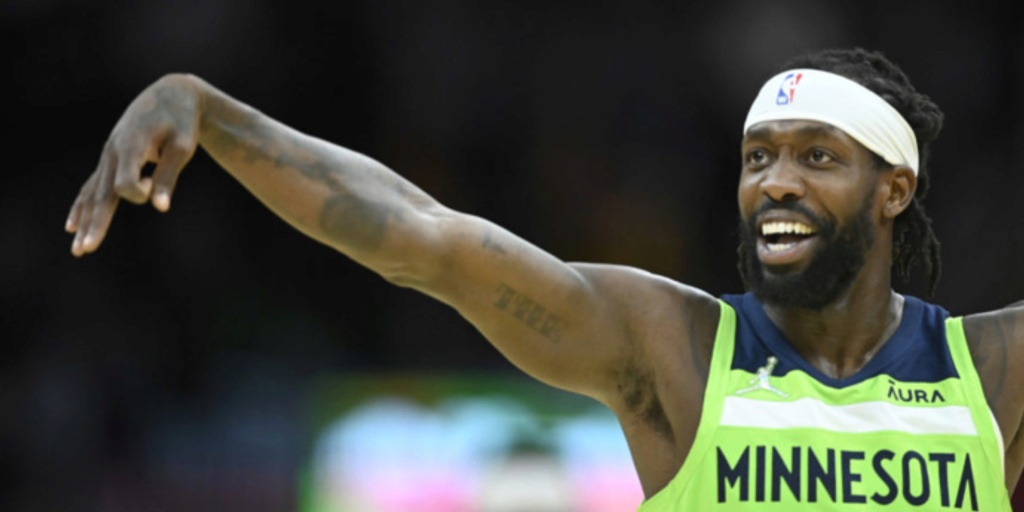 NBA Stats Notebook: The Wolves' perimeter shooters are on the prowl

The Minnesota Timberwolves have rolled out an imposing offense all season long. They're seventh in the NBA with a 113.9 offensive rating, per Cleaning the Glass. We've chronicled their success along the way and written about Karl-Anthony Towns, D'Angelo Russell, Anthony Edwards, Jaylen Nowell and Jarred Vanderbilt.

But the crazy part is: there's more to celebrate. Minnesota is 13-4 since Feb. 1, which happens to be the second-best record in that span. Over the past two weeks, the Wolves have gone 7-1 with a scorching 123.5 offensive rating that places second behind the Milwaukee Bucks. Minnesota's roster, loaded with capable perimeter marksmen, is collectively heating up at the right time.

Since Feb. 1, Minnesota is shooting 38.2% from long range as a team (fourth-best in the league) after making just 34.2% of their looks before then. That includes the current slump plaguing Edwards. Nearly everyone around the star trio is cashing in. Here's a look at the seven complementary players who regularly shoot threes and their sudden changes in efficiency over the past month-plus (scroll right to view full table on mobile):

Look at these spikes! McLaughlin is the only player who doesn't make defenses pay, and everyone else is ranging from above-average to simply lethal.

The logical next question: Is this smaller sample size a fluke? I actually don't think so.

Minnesota generates 20.1 "open" three-point attempts per game (when the closest defender is four-to-six feet from the shooter) and that has stayed consistent all season. That mark is tops in the NBA by a long shot; the 3.7-attempt gap between Minny and Utah (16.4) is nearly the same distance between Utah and 25th-ranked Sacramento. The Wolves also create wide-open threes (six or more feet from the closest defender) at about a league-average rate. More than 40% of their total field goal attempts categorize as either open or wide-open threes — and they take the most total threes per game (41.7) in the Association.

Open shots are obviously more desirable, but catch-and-shoot threes and corner threes are also generally considered to be higher-percentage attempts. Look at how things have changed for the Wolves since February:

So Minnesota is experiencing some serious positive regression in the areas you'd want to see change. That's a great sign for sustainability. For accuracy's sake, it should be noted that these numbers include the entire team, not just the aforementioned seven players. However, the specialists are undoubtedly driving the shift.

Lastly: do we buy that the individual players are capable of staying hot? I'm inclined to say yes, and let's run through them.

Jaden McDaniels shot 36.4% from long range as a rookie and is at that exact clip during this recent stretch. Patrick Beverley is a 37.8% three-point shooter on his career and is close to that average now. Malik Beasley and Jaylen Nowell probably can't stay this hot, but they're both recognized for their marksmanship. Taurean Prince has made 39% of his catch-and-shoot threes in four of his six NBA seasons (including this year).

Naz Reid likely faces regression. But he still posted a 35.1% clip on threes last season, almost all on catch-and-shoot chances, and is at 36.5% on that shot type this year. You'd figure that in his third season and second with a stable role, Reid can further improve as a shooter.

To conclude: Be scared of the Timberwolves. They were a top-10 NBA offense before their specialist shooters collectively caught fire. Now they might be one of the most unstoppable units in the NBA and, as the numbers show, have the chops to sustain their torrid pace into the postseason.

An update on the team strength by quarter table. Restricted to games since Jan 1. pic.twitter.com/KjLX8qiSty

Efficient self-creation is a necessity for an #NBA star. Check out who is generating the most points on self-created looks this year: pic.twitter.com/PuwR4NovwM