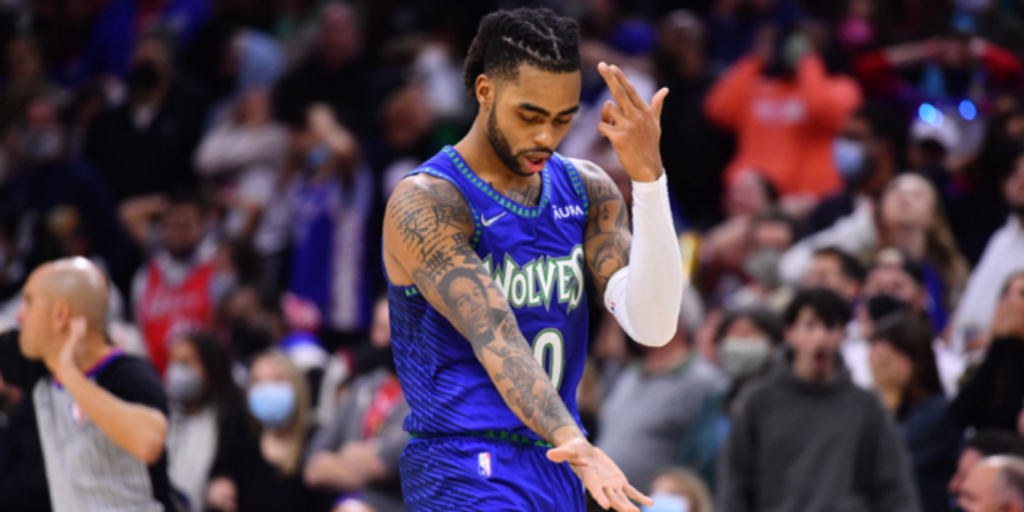 Commending D’Angelo Russell for playing his most impactful basketball

Before the national media cared about the other basketball team in New York City, the 2018-19 Brooklyn Nets were one of the dopest stories in the NBA.

They were a hard-working, culture-changing, overachieving, likable group who surprised many outside of (and within, if we’re being honest) the New York Metropolitan Area by hustling their asses to a 2019 playoff berth. It was their first in four years, and marked the beginning of three consecutive postseason runs.

At the core of this period, there was an ongoing D’Angelo Russell-Spencer Dinwiddie Twitter war that emotionally consumed much of the fan base, a more insulated type than the one that rages on today. In the 2017-18 season, Russell was the starting point guard, and Dinwiddie entered the season in the third string on the depth chart.

But after Jeremy Lin tore his Achilles on opening night — and with Russell needing arthroscopic knee surgery one month in — Dinwiddie stepped into a role that nearly landed him the league’s Most Improved Player award.

The occasional Russell-Dinwiddie minutes shared? Notably not great, a trend that continued in 2018-19. Then-Nets head coach Kenny Atkinson would semi-regularly bench Russell for Dinwiddie — the team’s sixth man — to close games. Atkinson would be pressed, as a result, especially on those occasions where it didn’t work.

The "Russell or Dinwiddie" talk extended to who should represent the Nets if they had an All-Star, and then, Dinwiddie tore his the UCL in his hand — first reported by Caron freakin' Butler (!!) — clearing the runway for Russell. He then became the replacement All-Star for Victor Oladipo, who tore his quad one day before Dinwiddie tore his thumb — but honestly, Russell was probably the most deserving of the three anyway.

(Go look back at Oladipo’s season. He was good, but less so than you remember, primarily when held against his extraordinary 2017-18 campaign.)

You can draw a straight line from Russell’s breakout near MIP-winning season in 2018-19 to watching Kevin Durant and Kyrie Irving join the Nets later that summer. If not for Russell’s emergence that helped put Brooklyn in position to abandon their process to chase stars — which landed him in Golden State in exchange for Durant — who knows if the Nets would've become what they have over the last three years?

Congratulations to D'Angelo Russell for this amazing achievement 💯 pic.twitter.com/vbvxkhzqsv

Now, this isn’t to say Russell is slept on like the way y’all are sleeping on Top Boy, bison meat, Splinter Cell, Nas and Hit-Boy’s Magic EP — or dipping your quesadilla in barbecue sauce — but D'Lo's impact is a tad underdiscussed. Russell, 26, is mainly overlooked in the way that a once-rising star who we believe to have plateaued could be easily forgotten despite remaining near his previous peak at arguably the NBA’s deepest position.

To this point, Russell’s been pretty durable, which is major since he’s about to play his 46th regular-season game on Thursday, his most since that '18-19 run in Brooklyn. The 31-28 Minnesota Timberwolves are currently seventh in the Western Conference and are 15-8 since Jan. 3.

In their now 33-season history, the Wolves have secured only nine playoff berths, and just one since Kevin Garnett left (Jimmy Butler’s only full season with the team). Even then, in 2017-18, Minnesota only finished eighth in the West — fourth at the time of Butler’s late-season meniscus injury — so the team hasn’t finished seventh or higher since the 2003-04 season. That was the only time the Wolves have ever gotten past the first round as a franchise.

It’s fair to say that they’re at least pretty, pretty, pretty good by NBA standards. There are still reasons to be skeptical regarding their legitimacy, but we’re usually penciling them in for yet another lottery draft pick ‘round this time of year. And look, they may still get one, but we’re approaching March, and they’re in games that matter. Russell deserves some credit for that, as he does for still producing since '18-19 and proving his breakout wasn’t a fluke.

The Timberwolves' “quiet ass” fans are apparently so stunned at their relative success that they’re not cheering enough. This is sh*t they ain’t used to!

(To be fair, D’Angelo, on the night you called out your quiet-ass fans, y’all were playing the Detroit Pistons and beat them by 13. My ass would be quiet if I saw my team semi-spank a Cade Cunningham-less skeleton crew led by 24 non-threatening Saddiq Bey points!)

To his credit, those quiet asses answered though!

This season, Russell’s averaging 18.8 points and 7.0 assists on .408/.351/.802 shooting splits. It doesn’t wow you on the surface — not even when I tell you he’s tied for 12th in assists per game this season (7.0) ahead of guys like LeBron James, Ja Morant, Jrue Holiday and his old teammate Dinwiddie.

Minnesota is third in pace, fifth in scoring, 10th in Offensive Rating and 14th in Net Rating as a result.

However, it's the Timberwolves' defense that has been, as local reporting out of Minnesota has put it this season, "quarterbacked" by Russell — an area that has been one of the foremost knocks on him individually since entering the league. And D-Lo’s grown into a leader in a locker room that includes Karl-Anthony Towns and Anthony Edwards (and Patrick Beverley matters).

Can't tell what I liked more here the nail help from D'Angelo Russell or the rotation from Jaden McDaniels. pic.twitter.com/SkH6hP7lHX

You watch Russell, and without question, save for his deserved All-Star season, he’s playing his most impactful basketball to date. Currently, he has a career-high .105 win shares per 48 minutes and has been productive despite a 25.9% usage rating; it isn’t low by any means, but it’s the lowest since his rookie season. We’re also seeing Russell at optimal usage, even if he isn’t an All-Star anymore, and will have a hard time getting back there due to the depth at guard in #thisleague. (It’s not completely impossible though.)

Russell is leading on both ends and ranks third in shot attempts behind Towns and Edwards, where he should be, and will have a $31 million expiring contract next season. So, yes, he’s extension-eligible this summer. No, he shouldn’t get a max, but why not ride this out if you’re Minnesota? You clearly have something functioning at, for you, a high level — the highest you’ve seen in five seasons and the second-highest since 2005. (Edwards turned four that year, fam.)

So, yes, Russell has earned his extension so far and is ideally the third option on a good team (as he is there), but is a primary playmaker (as he’s been). Keeping a core together and continuing to progress is the Wolves' best bet, which is incredibly important in markets like Minnesota.

And, overall, we should commend Russell's sheer resiliency. Others may have gone in the tank while trying to reclaim All-Star status by now. He's out here helping a winner for a franchise that's seen so few.