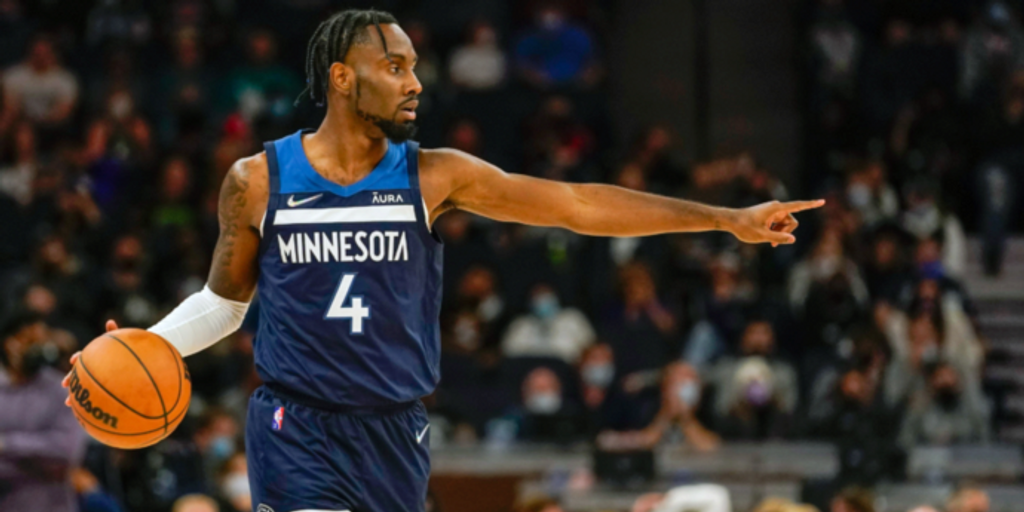 Jaylen Nowell is finding his rhythm for the Timberwolves

You could say that Minnesota Timberwolves guard Jaylen Nowell has burst onto the scene this season seemingly out of nowhere and I wouldn't correct you.

Greg Monroe when asked if he knows who all of his teammates are:

"Not gonna lie, Jaylen Nowell played awesome tonight, but I had no idea who that was."

The 43rd pick in the 2019 NBA Draft, Nowell dominated during the G League season his rookie year and saw minimal playing time down the stretch after returning to the NBA. He further sowed the seeds of his development last season, establishing a minor rotational role at the end of Ryan Saunders' tenure that carried over after Chris Finch's hiring midseason. However, an injury in April and poor play upon return edged him from the rotation, and he racked up DNPs to close out the year.

Nowell had shown capability with a larger role, having already proven himself at the G League and NBA levels, but it was on the outside looking in for playing time on a non-guaranteed contract — a precarious position. Nowell only played in half of Minnesota's games through Dec. 1, never eclipsing double-digit minutes.

I recently wrote about players benefiting from opportunities due to health and safety protocols and COVID absences in the NBA, and Nowell deserves his own breakdown in entirety, as he's perhaps beneftted from this opportunity more than perhaps any other player. He's soared in an expanded and certain role, cementing himself as a key cog of the Wolves for the foreseeable future; Minnesota fully guaranteed his deal for the remainder of the year earlier this month.

Nowell has crushed his role in Minnesota's offense since grabbing the reins (21 minutes per game since Dec. 17th), averaging 12.7 points and 3.0 assists on 61.8% True Shooting while canning 38.8% of his threes (3.5 per game). A quick glance over might project Jaylen as a formidable 3-and-D player, but that misses the mark in understanding his game and play style.

Minnesota as a team strongly lacks downhill juice among their ball-handlers outside of Anthony Edwards, who is still learning to balance out his game in the half-court, often opting into pull-up jumpers despite one of the best first steps in basketball. D'Angelo Russell is one of the better pure passers in the league, but his lack of ability to get to the rim or paint can inhibit his ability to shift the defense with his scoring threat.

Nowell has served as a sort of changeup off the bench, blending powerful driving with deft touch inside the free-throw line, and a cocktail of pull-up jumpers and high-level reads as a playmaker to capitalize in the pick-and-roll.

Nowell is second in drives per 75 possessions on the Wolves according to Basketball Index, only behind Anthony Edwards in frequency. He's not the bounciest finisher, but his timing is incredible. He excels at using angles and the fullest reach possible on finishes to make the most out of his physical tools.

Despite relatively poor shooting off-the-catch at just below 33% on those looks, Nowell is a fantastic secondary creator off the weak side, and flows well off of movement into ball-screens to attack a bent defense and continue advantages.

What I've found most impressive about Nowell is his patience. Many of the prolific drivers in basketball can have wreckless tendencies, with an all-or-nothing mentality at the rim leading to some wild misses, and many, a blocked shot.

Jaylen has a stellar awareness of his own abilities, how the defense is accounting for them and what his teammates are capable of doing with the space provided to them at any given time.

Nowell's pacing in the half-court and ability to maintain composure in spite of defensive pressure just pops. I don't have any fancy way to break it down; you just watch and think "Wow, that guy's been breaking down NBA defenses for years."

His footwork is killer, and he's terrific at forcing defenders to overplay their coverage, extending themselves a touch too far. And then, either Naz Reid or Jarred Vanderbilt is getting hit with a pocket pass for a quick rim-run that can't be stopped.

He's a master, as well, at hitting the far corner (sometimes too much) out of pick-and-roll.

He has his reads down in a computer-like fashion, but his craft and timing prevent his game from appearing mechanical. The second the low-man tagger commits to the drive, the ball is whipped on a string to corner outlets.

One of my few qualms with him is his tendency to kill drives early. He still makes quality decisions and quickly passes when he decides to cut his drive off, but there are runways he leaves open that are ripe for the taking.

The Wolves' poor screening certainly plays a part in this however. Minnesota is pretty focused on its screeners slipping to the rim or popping to three; that can still draw switches, but it pretty regularly results in minimal separation created for the player running the ball-screen. I've particularly enjoyed when Nowell and Reid get to play together, as the big man can both screen for separation and roll effectively. Nowell really excelled with Greg Monroe as well when he played on a 10-day contract, showing the blueprint for getting the most out of Nowell's on-ball craft.

Nowell has largely impressed in every facet out of the pick-and-roll. He's shooting 51.6% on pull-up twos (very good), 54.5% on pull-up threes on one per game — which is unsustainable — but defenses have been burnt going under on ball-screens many a time by his jumper.

Second Spectrum data can be imperfect or lack context, but Nowell ranks in the 85th percentile as a pick-and-roll ball-handler among those who have played at least 20 games and run at least one of those plays per game. His 0.98 points-per-possession average is the most efficient on the Wolves.

Nowell's emergence has been a blessing for Minnesota, as I'd posit that he's been one of the four or five most important offensive players for them this season. Especially for a team that has struggled to create in the half-court (24th in half-court efficiency per Cleaning the Glass), Nowell's creation has been a boon.

Yet, Nowell's emergence over the last month has also brought up legitimate questions about the roster build and how to better round out the team prior to the playoffs (one in which the Wolves need to be competitive).

Nowell's on/off splits, while not entirely indicative, back up many of my on-court observations; the Wolves outscore opposition by 10.5 points per 100 possessions with Nowell at point guard, but are outscored by 4.0 points per 100 possessions when he's at the 2, with the difference almost entirely coming from how many points are allowed by the defense rather than points the Wolves don't score.

Jaylen is a pretty underwhelming defender, as noted by both himself and Chris Finch, but he's much better playing out atop the key, pressuring opposing guards rather than rotating backline and closing out, a huge part of Minnesota's defense. When playing the point, he's asked to do more of what he's good at, and often has another rangy defender on the court with him rather than being asked to rotate off-ball, where his poor tendencies as a ball-watcher can get the best of him.

This Wolves roster is full of useful players, but they're useful players who struggle to impact the game on both ends in a positive way. The farther you get down the roster, the more this stands out; it's a natural problem, but one that stands out tremendously for a team hoping to make noise in the playoffs.

Nowell is solidifying himself as one of the players who can impact the game at a high enough level for the Timberwolves to overlook his drawbacks. Regardless of what Minnesota does to shore up its roster ahead of the looming Feb. 10 trade deadline, Nowell has deservingly played himself into the rotation and appears primed to parlay his consistent stretch into a new contract (the Wolves have a team option this off-season, but I wouldn't be shocked if they look to sign Nowell to a new deal instead).

There are few things more rewarding than witnessing someone make the most of their opportunity and thriving, and Jaylen Nowell continues to do just that.