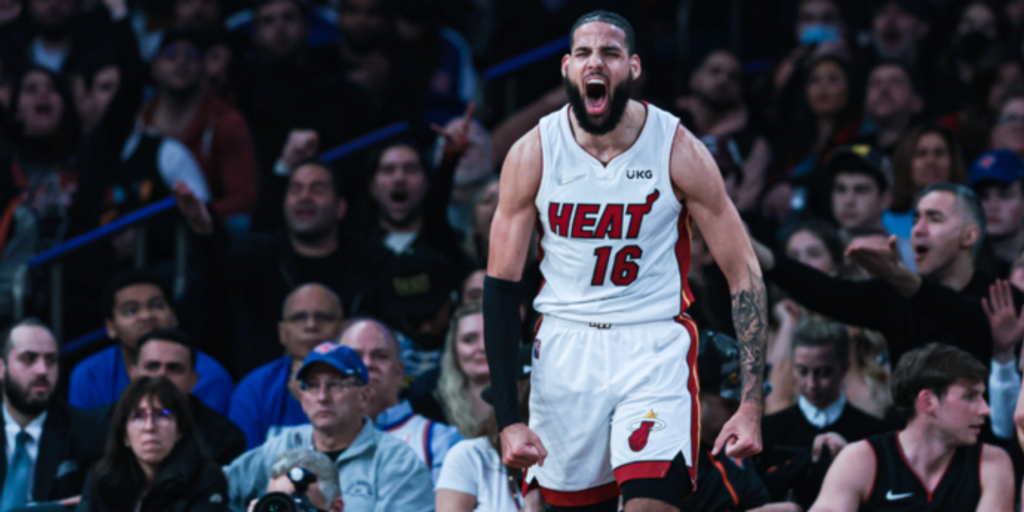 We live in a star-horny society.

You could look to a number of things to prove this. Watch an ad for an upcoming NBA game that’ll air on ESPN or ABC. They’ve been repurposing the same song all year, and apparently have assigned Fat Joe to rhyme the names of the stars from said game.

“Kyrie Irving, James Harden coming through in the clutch.”

The formula is always the same: highlight the stars, not the teams. Make it “Curry vs. Embiid,” then at the very end, change it to Warriors vs. 76ers. Or, in this case, Kyrie vs. Curry, and Harden vs. Klay, before making it Nets vs. Warriors.

Early on, what you’d often see were players winning the MIP award because of increased counting stats, even when the counting stats only improved because their minutes did — and the players’ per-36 stats remained eerily similar. Apologies to Don MacLean and the 24-win Washington Bullets of 1994.

Other times, the award would just go to top draft picks who developed as many already expected they would, regardless of how their team performed. Looking at you, Mahmoud Abdul-Rauf and Pervis Ellison, respectfully. Though, sometimes, they absolutely nailed it, like with Dale Ellis in 1987, Tracy McGrady in 2001, Jermaine O’Neal in 2002 and Hedo Türkoğlu in 2007.

In recent years, the award has become more of a star-crowning achievement that cements your arrival, no longer potentially rewarding a 30-year-old journeyman like Darrell Armstrong for finally putting it all together on one of the league’s best regular-season teams of 1999. Or an out-of-nowhere revelation like Isaac Austin, who had left the NBA for Europe before coming back and winning the award in 1997.

This year, we’re probably going to follow a similar star-making template. Ja Morant is expected to win the award despite being the No. 2 overall pick in 2019. Expect to see 2019 No. 5 overall pick Darius Garland right behind him.

Why is the award going to high draft picks who just develop as top selections are expected to, like Brandon Ingram two seasons ago? Players should be considered if they've made huge leaps and filled important roles on respectable teams. Right now, it feels like we're only rewarding players who make the jump from above-average starter to star.

So here, I’ll highlight guys closer to that Austin, Armstrong, archetype, who really should get Most-Improved-Player consideration (even though they won't) instead of only the rising stars who dominate the category. Guys who proved they belong — they matter, too.

Caleb Martin and his twin Cody had been teammates with the Charlotte Hornets over the last two seasons, and because they play the same position, one of them had to go. Out went Caleb.

Apparently, thanks to J. Cole, Caleb got a shot with the Miami Heat, and if you’re an agent representing a fringe NBA player, that is where you’d probably want your client to go.

In Miami, he’s guarded some of the opposition’s toughest assignments — yes, even with multiple Defensive-Player-of-the-Year candidates on his own team in Bam Adebayo and Jimmy Butler — and went from a two-way contract player to a rotation guy who simply has to get playoff minutes in order for the Eastern Conference’s No. 1 team to be at their best from 1-through-9 this spring. He’s had a massive impact, and a largely unforeseen one.

His name is Caleb Martin pic.twitter.com/NFRmelYcux

This dude, at 28, is the only Radford alum to play in the NBA for more than five career games, and they were the only school to offer him out of high school. After going undrafted, he played overseas, including at LEB Plata (Spain’s third division after Liga ACB and LEB Oro) and Serie A2 Basket (Italy’s second league after Lega Basket Serie A). After four seasons in Europe, he finally got to the NBA in 2019, and until this year, he had averaged just over 10 minutes through 89 games with the Boston Celtics and the Bulls, who acquired him just under a year ago.

Shout out to K.C. Johnson for the timely feature on Green that went up Tuesday, in which I’ll grab the following quote to support this agenda:

“I know what I’m on the team for and what I bring to the team," Green said. "I’m going to continue to do that whether that’s coming off the bench or starting. I’m just here to do my job, be here for my teammates. Whatever they need me to do, I’m going to do it regardless if I’m starting or coming off the bench. It’s not like I’m mad about it or anything.”

Green’s the kind of guy that goes on your squad and instantly becomes a fan favorite, unless you only care about "hoooooperzzzzz."

Gary Payton II’s been in the league in some capacity since 2016, but has typically been a fringe, perimeter defensive specialist who didn’t catch on anywhere aside from the Washington Wizards of 2019-20, with whom he started 17 of his 29 appearances. He was with Golden State last year, but only for 10 games; most of his season was spent in the G League, where he won Defensive Player of the Year.

He’s one of the best defenders on the planet, which is something we got a whiff of in Washington, but it’s really amplified thanks to his increased role in Golden State. A 102 defensive rating, for a guard in this era, is a rarity — it’s first in the NBA among qualified backcourt players by three points.

On the ball, he’s one of the absolute best in the league to watch defensively, and should get All-Defensive consideration even in his limited role. Word to Triple H. He’s. That. Damn. Good.

The only one of these guys to have actually been drafted, Jarred Vanderbilt is the rare developmental success story out of Minnesota. Selected No. 41 overall in 2018, Vanderbilt was originally in the Denver Nuggets’ system before he was included in a four-team deal two February’s ago, landing him here.

From 2018 through 2020, Vanderbilt logged 4.1 minutes per game in just 28 NBA appearances. Last season, he became a rotation piece, though it was still on a typical Timberwolve team — one that finished 23-49 and 13th in the Western Conference.

Jarred Vanderbilt singlehandedly outrebounded the Lakers entire big man rotation, while teaming with KAT and Jaden to turn LeBron and Melo into potatoes

He’s clearly been a large part of why the Timberwolves have played respectable defense, even as their top-three guys have been largely known for… well, not that. Patrick Beverley has come in to help, as well, and the T-Wolves are 37-29 and seventh out West.

Vanderbilt might flirt with an All-Defensive Team selection this season, which wasn’t something you could say last year.