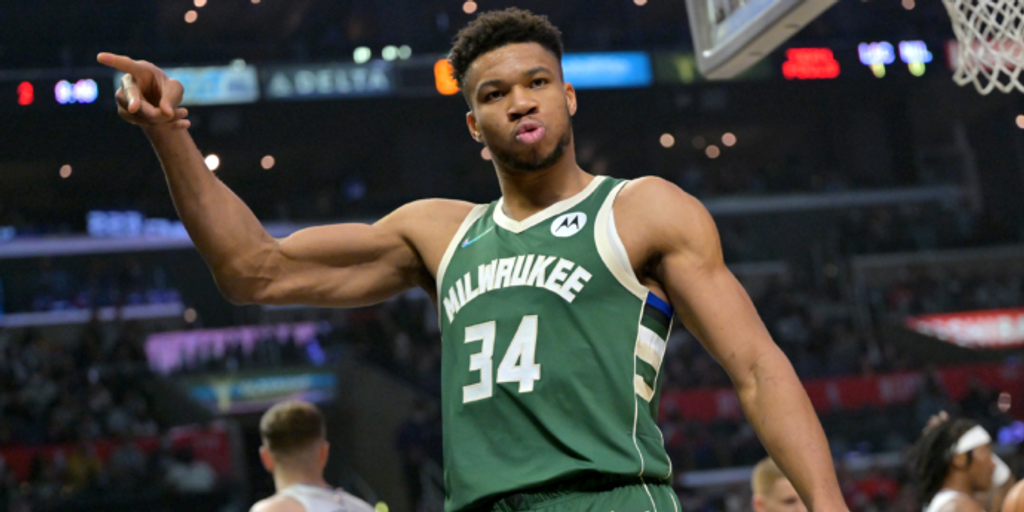 Before every season, I do my best to predict how I think the season will unfold — where teams will finish and who’ll win each individual award. Heck, I even try my hand at predicting the All-NBA/Rookie/Defensive Teams.

Those efforts are generally meaningless; you can never truly account for injuries or transactions, for example, which makes it nearly impossible to truly nail these things down. Still, it’s incredibly fun to take a look at the landscape of the league and make educated guesses.

Normally, I’d thread my predictions on Twitter since it’s a quick and easy way to get those thoughts out into the world. The issue is explaining controversial picks with a character limit; if you’ve been on the app for any amount of time, you know how quickly discussions can go left.

Instead, I’ve turned my predictions into an article. It’ll be easier to track my predictions, and I have the space to explain my reasoning in a more thorough manner.

If you want to laugh at last year's edition — in which I had the Milwaukee Bucks beating the Los Angeles Lakers in the Finals — you can do so here.

Without further ado, here’s how I see things going this season.

- This kinda has to be the year for Embiid, no? Back-to-back second-place finishes set the stage for him to grab one if he proves healthy. This is arguably the most talented cast he's had around him. If he's healthy and commits defensively like he said he wants to, an MVP-DPOY combo isn't out of the question.

- Adebayo is the switch big in the NBA, one of a handful of players that can legitimately defend all five positions. Missed games hurt his case last season, but I think the award is his if he plays 65-plus games.

- Banchero should lead all rookies in scoring — well, unless Bennedict Mathurin pulls it off. The bucket-getting, plus playmaking chops, on a team that I think will be better than most people expect should give him a clear pathway to the award.

- I have a couple of sleepers-that-aren't-sleepers; keep an eye on Bruce Brown and Brandon Clarke. Ultimately, Poole should lead all bench players in scoring — and do so efficiently — while racking up wins on one of the best teams in the league.

- Lue's been a top-three coach for a while now. Getting a 10-plus win improvement (even if it's health-related) while sorting out the rotation of a roster with 13 NBA-level talents would be a pretty strong case.

- Until the ballot becomes positionless — or at least until they give us two backcourt and three frontcourt options like the All-Star ballot — a center will get screwed. I think Embiid gets MVP this year, so Jokic falls to the Second Team. They aren't forwards, and won't be played as forwards. I'm not goin'.

- This will be the Herb Jones year if he's healthy. Should've been last year, but I'll save that rant for another day. While we're on second-year players, it wouldn't shock me at all if Evan Mobley makes serious noise in this regard too.

- The All-Rookie First Team seems pretty straightforward. A solid mix of talent and opportunity on the board.

- The LaRavia pick might be spicy, especially if the defense doesn't come along quickly enough. I do think there's enough shooting and connective playmaking there that he could earn consistent ticks in Memphis.

- This should be a darn good year for the Sixers. Talented top-four — I'm really here for this decisive version of Tobias Harris — and more defensive talent on the roster.

- I get the depth/age concerns for the Bucks, but, like, Giannis. Top-10 offense and defense should be in play for them.

- Questions at the 3 aside, the Cavs should be incredibly annoying to deal with. All that size defensively, then the pull-up chops on the other end from Darius Garland and Donovan Mitchell? Whew.

- Seventh feels right for Brooklyn considering the strength of the conference and the early absences of Joe Harris and Seth Curry. I must say, though, I like what they're establishing scheme-wise. A top-four seed wouldn't surprise me at all.

- I'm prepared to take my L, but I'm high on the Magic this year. There's so much skilled size on the roster. The defense should be solid, and there's enough playmaking and shot creation to make things interesting offensively.

- Already making a change from the Southeast Division preview pod; I think the Hornets will be worse than the Wizards. Post-pod, I felt I was too harsh on Washington. Since then, we've gotten a LaMelo Ball ankle turn and a James Bouknight arrest, and we've still heard nothing on the Miles Bridges front (he shouldn't be there). They're closer to the bottom for me now.

- I entered training camp ready to plant the "Pistons make the Play-In" flag, but I feel really uneasy about their switching scheme. That, and the half-court offense is going to take some time to come together. Next year, though!

- An uptick of shooting from Curry, a healthier version of Klay Thompson and growth from the youth should lead to bundles of regular-season wins.

- Despite the ugly postseason ending and offseason hoopla, the Suns have a formula (and talent, obviously) to churn out regular-season wins. Let's not overreact.

- Early spoiler: I think the Clippers have the most talented roster in the league. I think star maintenance and lineup tinkering have them closer to No. 6 than No. 1 in the standings.

- The Pels! They should be electric offensively. Defensively, they have pieces I like — hello Mr. Jones, Jose Alvarado and Larry Nance Jr. — but we'll see how they hold up as a unit.

- I have some real questions about the Lakers' shooting talent and the Westbrook fit — and how long he'll even be there. There's an obvious upside for more if things break right.

- It hasn't been from a lack of effort, but trying to build a defense around a Damian Lillard-Anfernee Simons-Jusuf Nurkic core is just a tough thing to do.

- If the Fightin' KZs Kings are able to defend well enough — and by that, I mean, like 21st in Defensive Rating — don't be surprised if they nab 10th. The offense should be good enough to make a push.

- The Rockets are a year of development (and roster consolidation) away from making a Play-In push, I think.

- A sad end for the Bulls here, but this is simply the strength of the conference. It'll be tremendous fun watching Young try to create space against Alex Caruso or Ayo Dosunmu at the point of attack.

- With the Sixers adding to their defensive personnel and the Hawks looking a little worse in the shooting department, I think the chances of an(other) upset are pretty slim.

- The Nets fare better the second time around against Brooklyn, but I still don't think they have enough defenders to deal with Boston. Should be the best series of the first round, though.

- Bucks-Raptors will be a slugfest; ultimately, I don't know if the Raptors will have the half-court juice to pull things out.

- A pair of second-round sequels with the results flipped! Having Khris Middleton back — and a little more size, shooting and playmaking with Joe Ingles — gives the Bucks the boost they need to squeeze by. If Philly's healthy, I struggle to see Miami containing all three of Embiid, Harden and Maxey.

- Bucks steal home court in Game 1 and close the deal at home in Game 6. They have the size to make Embiid think and a defender in Holiday to either hound Maxey or absorb some of Harden's strength-based drives.

- I went back and forth on the Lakers-Wolves game. Still don't feel great about it, but I think the Wolves take care of business at home.

- Clippers-Grizzlies feels like Storm-Mystics from this year's WNBA playoffs; there's no way one of these teams should be knocked out of the first round. I'd worry about the Grizzlies' half-court offense against LA's defense.

- Sign me up for all the half-court goodness Luka and Jokic would provide. Denver's just better if they're healthy.

- I wouldn't be shocked at the Suns/Pelicans result being flipped, but I have too many questions about New Orleans' defense right now to give them a series win.

- Might be the most controversial pick on the board, but I trust the Clippers' length and switchability to make life a little difficult in the half-court. With Kahwi in the fold, they should be able to mismatch hunt late and eke out a close series.

- Deandre Ayton has defended Jokic well in the past; I think the added/healthy firepower around him may make the Nuggets' offense too much to deal with.

- A bubble rematch! Jokic likely wrecks havoc, but I think the depth and shooting of the Clippers shine through.

- Deepest team in the league facing an experienced group headlined by the best player in basketball. I think interior size swings it for Giannis and the Bucks.