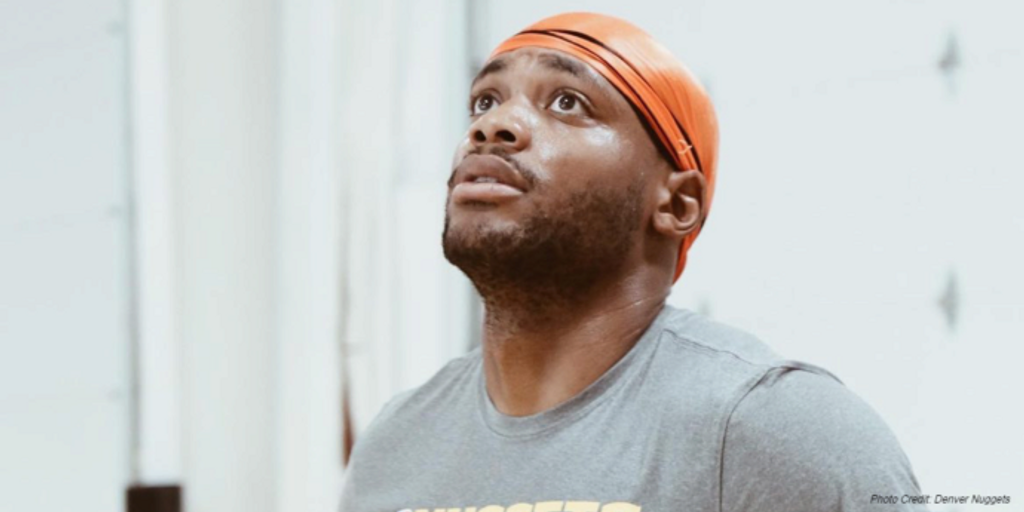 Players across throughout the NBA will attest to a common slogan for long-term staying power: Know Your Role.

For Bruce Brown, that catchphrase has challenged him, helped him thrive and led him to Denver.

In his four-year NBA run to date, Brown has shapeshifted into all sorts of roles and archetypes while playing for the Detroit Pistons and Brooklyn Nets. He opened his career playing as a shooting guard, shifted to point guard in his second season, reinvented himself as a jack-of-all-trades wing in Brooklyn and even logged meaningful time as a small-ball center while solidifying himself as a critical piece for the Nets.

This summer, the 25-year-old finally received some control of his destiny as an unrestricted free agent. As Brown negotiated with multiple prospective franchises, he wanted to know his role — not just in terms of playing time, but also in his own stylistic fit. When Brown signed a two-year, $13.2 million contract with the Denver Nuggets, he asserted that Denver would provide a fruitful on-court marriage of scheme and talent.

"[Knowing my role] was huge, because you don't want to go to a team where it just won't work, right?" Brown told Basketball News in a phone interview. "So I knew coming to Denver — the way they play, it's a lot of cuts, slips [and] corner threes. And then, they got a lot of guys who know how to play the game of basketball, so the game would be a lot easier."

"I feel like I'm one of the best cutters in the league," he said. "So I can find open spots. make the game easier for him, knock down corner threes [and] just take some pressure off."

Those cuts, slips and corner threes became pillars of Brown's game after he joined the Nets. With Kyrie Irving, Kevin Durant and James Harden in the fold, Brooklyn didn't have room for another lead guard. To stay on the court, Brown's usage underwent a dramatic overhaul. Just look at this play-type data from Synergy:

"My first year, I was more of a 2, and the second year moving to the 1 [was] just a learning experience," Brown said. "That was the first time I've ever played the 1, so [I'm] knowing every position, knowing where players are supposed to go; I'm knowing every single play from every position.

"And then when I get to Brooklyn, it was a completely different situation where they already have their starting guards. Second season, I was like, I need to do something to fit in to get on the floor. Defensively, I can get on the floor that way. But on the offensive end, I need to do something to stay on the floor to at least help the guys out there on the floor. And then that's when I just started being a little rover. They were helping off me, so I would cut and get easy layups just to keep them honest."

Brown credited former Nets director of player development Adam Harrington for helping him make the change in his first year with Brooklyn. Entering his second season with the Nets, Brown wanted to incorporate more perimeter skills back into his role, so he spent time with Brooklyn assistant coach Royal Ivey (a.k.a. "Coach Smoke") developing his three-point shot. The work led to a 40.4% long-range clip in 2021-22, by far a career-high.

But Brown's past experience as a playmaking guard didn't just fall by the wayside. In fact, he believes it gives him extra advantages when he slips screens, cuts or rolls to the basket. Brown knows what he should be looking for in defensive rotations from his time as a primary ball-handler, and that opens up extra passing lanes and scoring opportunities.

"Me being the 1, I know if I hit the big in the pocket, I know where the help's coming from [and] what I wanted to do," Brown said. "So it just made it a lot easier — like, I knew the low man is always gonna help off the corner, so either the corner pass or the man up top is gonna go. But if I don't roll too far to the rim, the floater's always open."

The floater is a gold mine if Brown can level up his efficiency with the shot. But the below clips demonstrate his unique wiring as a cutting and rolling playmaker.

Brown needs a mere split-second to diagnose where defenses will help, and from there, he can throw lobs, hit bigs for layups or send the ball out to the corners. Rarely can players make passing reads with such little time on the ball. It's easy to picture him in a two-man action with Jamal Murray that results in a quality assist, or him cutting off of Jokic and making the extra pass to a shooter.

Over the summer, Brown has continued to refine the three-ball, and wants to add consistency shooting above the break in addition to his sweet spots in the corners. When the Nuggets laid out their vision for Brown, they pitched that he wouldn't need to completely reshape his game again. The tools Brown added in Brooklyn can easily work alongside Denver's stars.

"Come in, basically play the same role [with cuts, slips]," Brown said of what the Nuggets asked of him. "I mean, the ball's gonna be in Jokic and Jamal's hands the majority of the game. So really, just play off them like I was doing in Brooklyn with KD and Kyrie, so, basically the same thing."

With Brown and Kentavious Caldwell-Pope among the new additions in Denver, the Nuggets didn't just bolster their defense — they also added two players who understand their offensive fits alongside the team's hubs.

"I think [with] all the new pieces, that everybody knows how to play basketball. Everybody knows their role," Brown said. "Nobody gonna try to do too much. We know the main guys who are gonna have the ball in their hands... We just do what we're supposed to do and we'll take care of everything else."