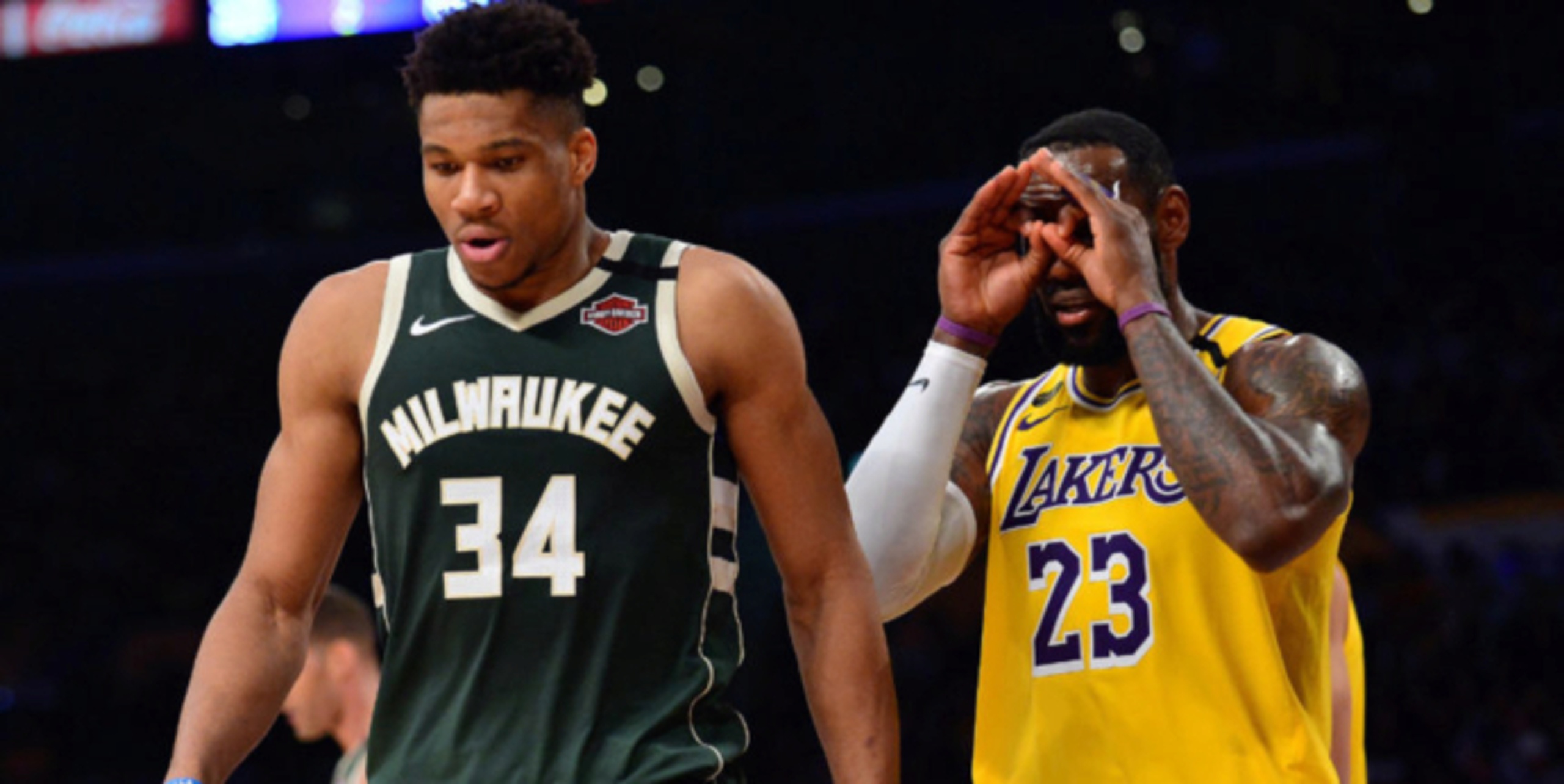 Before every season, I do my best to predict how I think the season will unfold — where teams will finish and who’ll win each individual award. Heck, I even try my hand at predicting the All-NBA/Rookie/Defensive Teams.

Those efforts are generally meaningless; you can never truly account for injuries or transactions, for example, which makes it nearly impossible to truly nail these things down. Still, it’s incredibly fun to take a look at the landscape of the league and make educated guesses.

Normally, I’d thread my predictions on Twitter since it’s a quick and easy way to get those thoughts out into the world. The issue is explaining controversial picks with a character limit; if you’ve been on the app for any amount of time, you know how quickly discussions can go left.

Instead, I’ve turned my predictions into an article. It’ll be easier to track my predictions, and I have the space to explain my reasoning in a more thorough manner.

Without further ado, here’s how I see things going this season.

- Giannis is, at worst, a top-three player in the league right now. I don't think he's three or two. He'll put up crazy numbers, do so efficiently, and prove All-World defense in most of his minutes. Easy pathway for him to make a run at another MVP.

- I'm not sure this should classify as a hot take considering Adebayo is one of the six or so best defenders on the planet, but it'll probably be viewed as such. No biggie. The award is oddly perimeter-averse, so Adebayo represents the best blend of interior defense and perimeter versatility. The Heat project as an elite defensive unit; if that holds true, Adebayo will be the reason why. Keep an eye on Draymond Green for similar reasons.

(I'd also add that there will probably be a little bit of voter fatigue and postseason bias with Rudy Gobert that may hurt him. I'm not saying that's fair or right, but it factors into my calculus here.)

- ROY is a stat award. I think there's a strong case to be made for Jalen Green; he should have quite the greenlight in Houston. Ultimately, I land on Cade who is 1) better, in my humble opinion, and 2) should have better all-around numbers.

- A lot of this depends on what Steve Nash does with the rotation. And that will largely depend on what the heck Kyrie Irving decides to do. If Irving is back, or if Nash decides to start with a bigger lineup, Mills should be in line to get plenty of bench buckets for an elite team.

- Boston should see a pretty solid boost in wins from last season just by virtue of being healthier. A stingier defense and more fluid offense under Udoka could make the case even stronger.

- On a related note, I have no idea what to do with Ben Simmons right now. There's no telling if Simmons will play in Philadelphia. If he does, there's no telling how long he'll be there. There's also no telling what kind of effort we'll see from him, and how voters may view this whole situation. I'm leaving him off of everything, but we know Simmons is an All-Defensive First Team mainstay under normal circumstances.

- Simmons' departure, whenever it comes, should lead to more Thybulle minutes. He's an absurd perimeter defender with plenty of first-team selections coming his way, starting with this season.

- It'll be a year too late, but hopefully another successful season in Phoenix for Bridges, and an MIP campaign for Anunoby lead to them getting the recognition they deserve.

- The All-Rookie first team seems pretty straightforward. I like Murphy III snagging serious rotation minutes in New Orleans and providing value with his floor spacing. A second-team spot shouldn't be out of the equation.

- Chris Duarte as the Doug McDermott replacement in the Pacers' rotation makes sense. Add that to the injury concerns that come with some of their guards (Malcolm Brogdon, Caris LeVert), and the path to more-than-expected minutes is there.

- The Sixers are the biggest wild card in the group for, uh, rather obvious reasons. They still have an MVP candidate and a strong defensive infrastructure to lean on. The slide shouldn't be too steep from them.

- I kept going back and forth between the Hawks and Heat. I eventually settled on the Hawks because of their superior depth. I probably feel a little better about the Heat in a playoff setting, though.

- I've been pretty high on the Celtics coming into this season, so of course we've already gotten COVID cases and a random Marcus Smart suspension before the season starts. They should still be a playoff team if the Jays are healthy.

- The Knicks are too deep to be in danger of missing the actual playoffs. I have some scheme concerns for them defensively, but they're a solid team in my view.

- I've warmed up on the Bulls. The offense looks good on paper, and flowed a little better than expected during the preseason. Patrick Williams being back already makes me feel a little better about their defense, though I'm still a bit iffy on it. We'll see if the preseason dominance (!?) on that end translates to being an average-ish group.

- l want to like the Pacers — deep roster, heck of a head coach in Rick Carlisle — but I just have no earthly idea of who's going to be available for them, or for how long.

- The more I've sat on it, the more I've found it difficult to trust the Hornets defense during an 82-game marathon.

- Toronto has the best chance of proving me wrong. I believe in Anunoby as a leap candidate, like the defensive infrastructure, but I have too many questions about their half-court offense as a whole to predict the playoffs/in for them.

- I entered the offseason ready to fire off a "Cavs make the play-in" take depending on how it went. Swapping out Larry Nance Jr. for Lauri Markkanen is just... man, I really worry about this defense.

- There's a chance the Jazz take the Bucks' path and use the regular season as an experiment, but they have the talent, system, and continuity to run through the West.

- The Lakers are funky — they have quite a bit of lineup stuff to figure out — but their top-end talent should be enough to rack up wins if healthy.

- I've already changed my mind from the Pacific Division pod. Warriors over the Clippers if they're really going to lean into more small-ball this year.

- You have to be careful with preseason takeaways, but it's pretty concerning that the Blazers' defense looked that bad. If that's any indication of what they're going to look like this year...

- Still curious about how the Clippers' offense is going to flow, but I like them.

- Jaren Jackson Jr. got himself paid. Here's hoping he's able to put things together on both ends of the floor.

- The Wolves have the offensive talent — Karl-Anthony Towns, Anthony Edwards, D'Angelo Russell, Malik Beasley — and an offensive mastermind on the sideline to make things click. The defense will probably be bad still, but it's encouraging they've taken a literal step in the right direction.

- I already had questions about the Pelicans' defending well enough to make a real push, and now their offensive centerpiece is missing the beginning of the year recovering from a foot injury. This freaking sucks.

- Like last year, the Spurs are the team most likely to prove me wrong if they get one of their young guys to pop. Let's see what the next step from Dejounte Murray is.

- Honestly, give me a late-game shot-making fest for the 7-8 game in MSG. Both teams are a step above their play-in counterparts anyway.

- Again, the Sixers' projections could swing pretty wildly depending on what happens with the Simmons ordeal. I think the Heat have an overall late-game edge in shot creation, even if Embiid is the best singular talent here.

- Young and Tatum duking it out in a Game 7 is the stuff that dreams are made of.

- There's a slight pathway to the Heat pulling this off — Adebayo and Butler owning the paint (and free throw line) to a degree that makes the Nets uncomfortable — but the Nets have too much offensive firepower. Even with Kyrie Irving's status up in the air, the Heat seem to be a wing defender short for this matchup, at least.

- An ECF rematch in the second round? Sign me up. Ultimately, I just don't think the Hawks have a real answer for Giannis. Poor Clint Capela is going to have his hands full.

- Yell at me if you'd like. I trust the Bucks owning the interior — paint baskets, free throws, rebounds — and defending at a high enough clip to win Part Two of this budding rivalry. Put another way: I'm a believer in Giannis dictating the terms of this series.

- The wild card here is a potential Kawhi Leonard return. If he's healthy by the time the playoffs roll around, I think they beat the Blazers for the 7th seed (and become the scariest low seed in the postseason).

- I would love every one of these matchups. I also spent way too much time going back and forth on all but the Lakers series.

- I'm siding with Jokic in a home Game 7, but that series would truly be a coin flip. Steph may break Synergy with the pick-and-roll numbers he'd put up in this matchup.

- I trust the Nuggets creating efficient offense a little more than the Clippers, and they at least have bodies to toss on the Clippers' wing combo.

- The Lakers get their revenge if healthy, owning the paint on both ends of the floor.

- The Lakers have the collective size to at least bother Jokic. God bless Aaron Gordon, but I'm not sure he's equipped for a LeBron or Davis matchup — and he can only defend one of those guys.

- This series could be decided by each team's big-star-at-the-5 lineup. I trust Milwaukee's configurations a little more. Bucks repeat, with Giannis (further) establishing himself as the league's best player.