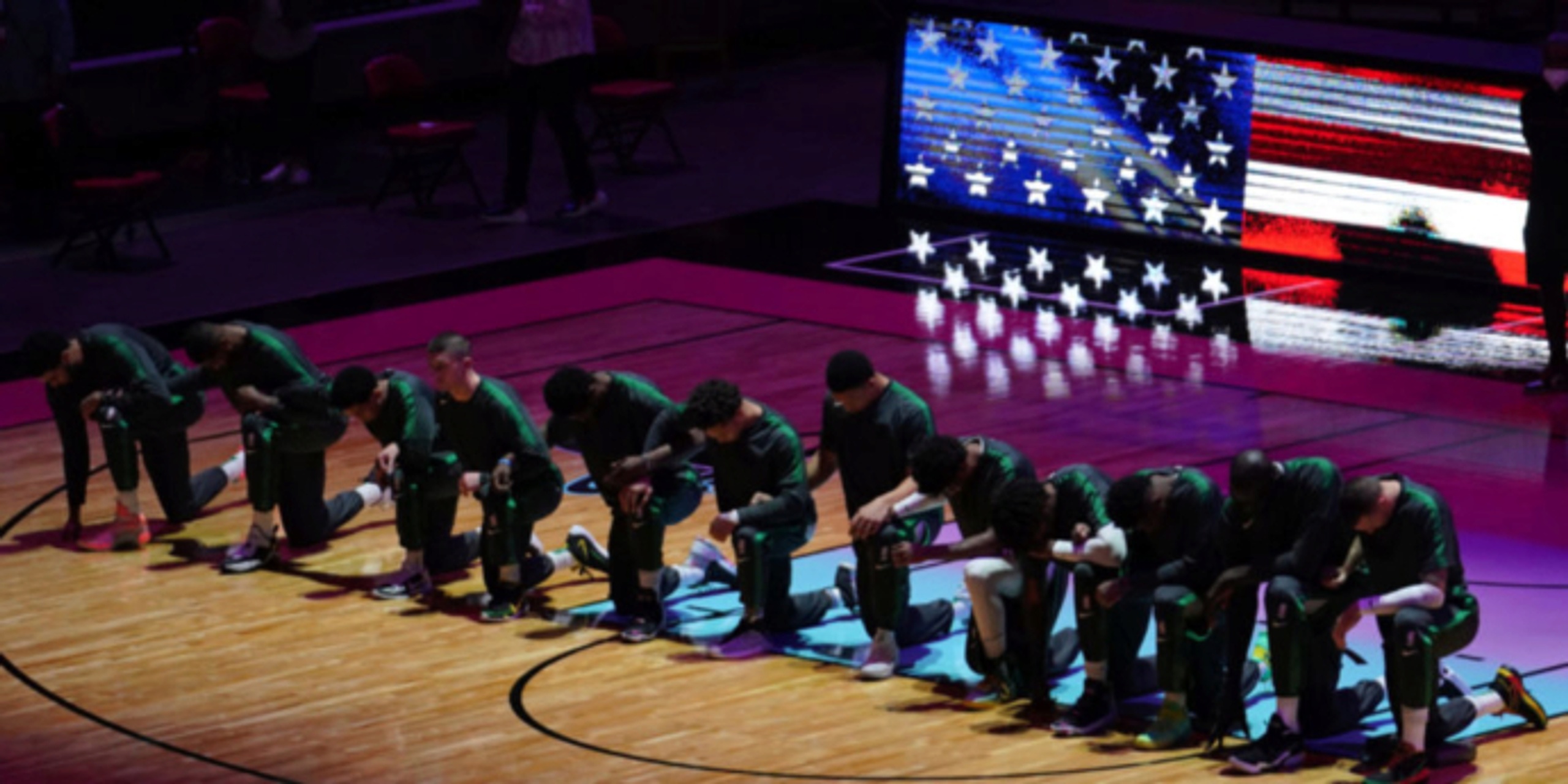 Bravo, NBA, for playing through the craziness

On Wednesday, NBA players reacted to the storming of the U.S. Capitol building by kneeling or standing in solidarity prior to last night’s 11 games.

And then, they played. Bradley Beal had the game of the night, the Knicks shocked New Yorkers again, Collin Sexton gave Clevelanders something new to appreciate and Markelle Fultz tore his ACL, ending his season and changing the fortunes of one of the NBA’s feel-good stories for the 2020-21 season.

It is quite significant that the games went on last night, with the NBA and its leadership staying silent but using their Twitter feeds to get out the messages that their players want to convey. The following is a sampling:

Statement from the players of the Boston Celtics and the Miami HEAT#BlackLivesStillMatter pic.twitter.com/RtpAOJfxh3

"To hear what happened in Kenosha today was a blow to the heart and to the gut. ... We gotta continue to stay strong and continue to believe in each other."

LeBron James spoke on prosecutors not filing criminal charges against police officers in the shooting of Jacob Blake. pic.twitter.com/h9RzhgsvcX

Jaylen Brown’s statement spoke about two Americas, which is a reality all NBA fans and U.S. citizens still have to deal with as we all move forward in a year where change is going to come one way or another, and the news cycle is clearly not going to dry up anytime soon.

There are different standards when it comes to how law enforcement agencies deal with different segments of society, which (as Mitt Romney might say) is simply stating the truth. A majority of NBA players are Black Americans; many have children who still must be given special instructions about how they need to conduct themselves if they find themselves in an encounter with someone wearing a badge.

Last summer, the outrage over the Jacob Blake shooting and the George Floyd killing and the Breonna Taylor case paralyzed the NBA. After a night of contentious debate inside the NBA Bubble outside Orlando, the decision was made to play on, which is why we have the Los Angeles Lakers as defending champions.

If the loudest voices in that room had gotten their way, the NBA would have shut down.

Recently, during an appearance on Etan Thomas' podcast, Dwight Howard revealed just how close the season came to ending.

"We were ready to leave. We were ready to go," Howard said. "Our team and the Clippers, we were ready to go because like I said, we tried all the other things. We knelt during the national anthem and we talked about it and it’s like, this is still happening and nobody is hearing us. Our team had a meeting and the consensus was: We out. Let's get together, let's go [home] and let's get on the front lines. I would say by the end of that night, everybody was like, ‘Yo, we need y'all to play. We need everybody to come back…' [But] we were probably 45 minutes away from packing our bags and everybody leaving the bubble. So, it was it was a very close call.”

One voice of reason in the bubble was Doc Rivers, who was coaching the Clippers then and is now pulling off something special with the 7-1 Philadelphia 76ers, who beat the Washington Wizards 141-136 last night and have the best record in the league.

Rivers was as calm as he was blunt in discussing Wednesday’s events.

“I’ll say it," Rivers said. "Could you imagine today if those had been black people storming the Capitol, what would have happened?”

And then there was Malcolm Brogdon of the Indiana Pacers, who had this to say before going out and having the highest-scoring game of his career: “It would have been the biggest massacre in U.S. history. Those people would have been gunned down if they were black.”

Sports and politics are going to remain intertwined. There is no getting away from it. The problems of yesterday remain the problems of today, and the best way for everyone to move forward is to focus on the solutions. Americans have to deal with what went down yesterday in Washington D.C., and must come to grips with exactly how divided a nation we live in.

And life must go on; in the NBA, that means continuing to play games. Last night, the NBA played when they could have shut down, and that is more significant than some might realize. A number of players said that playing last night was important because it provided fans with some positivity and entertainment after a long, awful day.

Even in midst of the strangest of circumstances, folks around the NBA went to work, said what they needed to say and got ready to move on to a new day.

From where this writer was sitting, it was reassuring. Let’s hope it continues.

Props to the Association for soldiering on.