With the 2021-22 NCAA basketball season upon us, we have been highlighting prospects currently included in our 2022 NBA Draft Big Board over the course of the last few weeks.

We've already gone through the ACC, Big Ten, Big 12, and Pac-12 conferences. Today, we'll break down the top NBA prospects from the SEC: 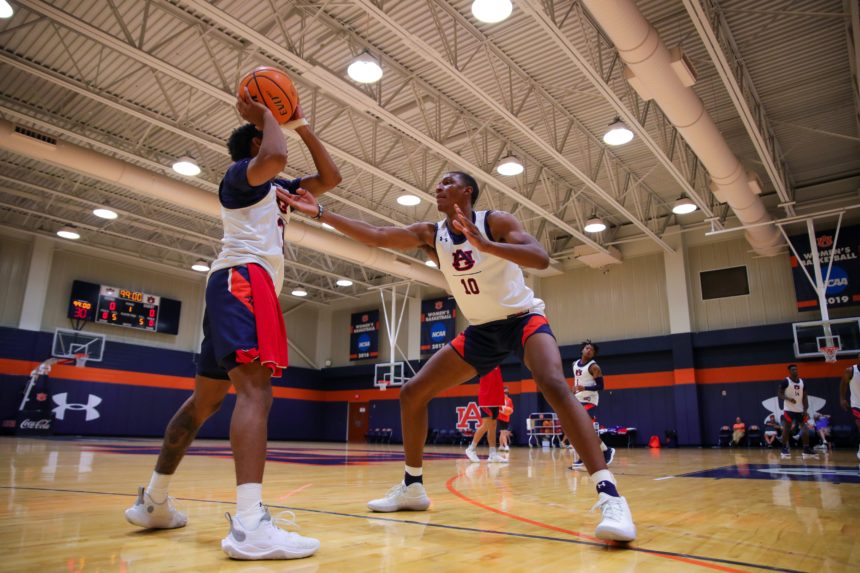 Bottom Line: At 6-foot-10, Jabari Smith has the size and shooting stroke to be an impactful stretch-4 at the NBA level. Adding physical strength will be a point of emphasis in his development, but his athleticism, shooting ability and defensive playmaking make him a high-level prospect. Considering that floor-spacing is so highly valued in today's game, Smith will likely generate significant interest from NBA teams. A productive season for head coach Bruce Pearl and the Auburn Tigers this season could lead to Smith being a lottery pick in the 2022 NBA Draft.

Bottom Line: A true floor general, TyTy Washington sets the tone for his team and provides value as both a facilitator and scorer. Washington plays under control, even when pushing the pace, and seldom makes poor decisions leading to turnovers. Although only 6-foot-3 and lacking elite athleticism, he routinely gets his shot off from deep with smooth mechanics and a quick release. If Washington produces at a high level for Kentucky and Big Blue Nation this season, he will likely be one of the first point guards selected in the 2022 NBA Draft.

Bottom Line: Although undersized, Tennessee’s Kennedy Chandler has incredible speed. In fact, he might be the fastest player in the country with the ball in his hands this upcoming season. Chandler is an excellent game manager, skilled passer and developing outside shooter. Tennessee coach Rick Barnes has had success with smaller speed guards in the past, as T.J. Ford won the Naismith Player of the Year in 2003 while they were both at Texas. If Chandler is able to mitigate concerns of his lack of size, he’ll likely be selected high in the 2022 NBA Draft. (Editor's Note: Our Spencer Davies spoke with Chandler this past September about the upcoming season in Knoxville. Read that interview here.) 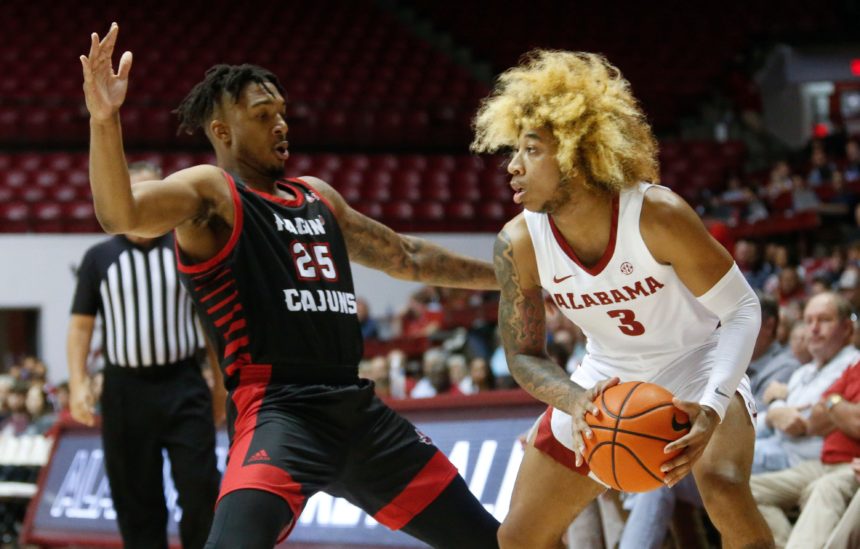 Bottom Line: An uber-athletic and explosive leaper, Alabama’s JD Davison elevates seamlessly off one or two feet. When watching Davison play, don’t blink — you might miss his next jaw-dropping dunk. He is a human highlight reel. He is also an adequate playmaker and creator off the dribble, and he continues to improve as an outside shooter. If Davison can prove to be reliable as a primary point guard this season for the Crimson Tide, he’ll have a chance to be a lottery pick.

Bottom Line: Allen Flanigan of Auburn is one of the most athletic players likely to be in the 2022 NBA Draft. At 6-foot-6 and 215 pounds, Flanigan is explosive and continues to improve as a well-rounded scorer. Throughout the 2020-21 season, he averaged 14.3 points per game while shooting 33.8% from deep. He is at his best as a wing-initiator and slasher, but has developed as a passer as well. Flanigan injured his Achilles this offseason and will likely miss the first month of the season. 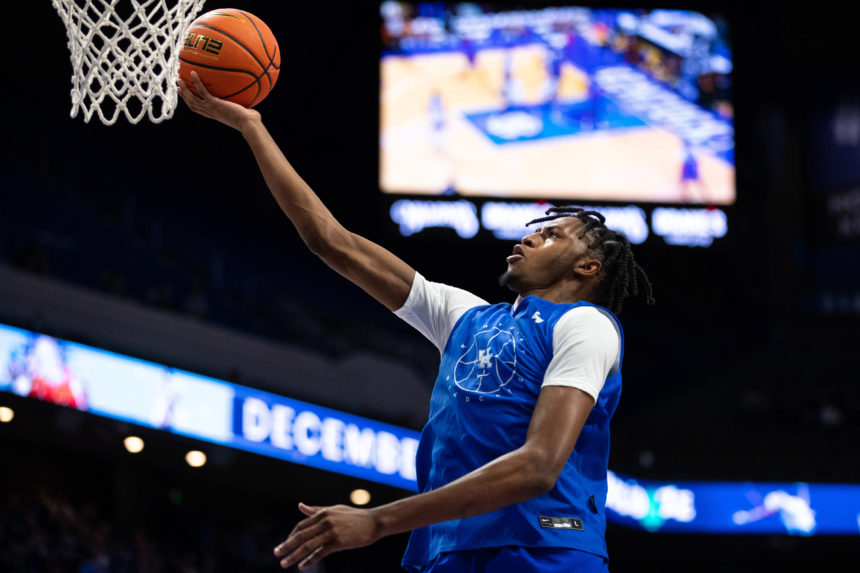 Bottom Line: Daimion Collins comes into this season as one of the bounciest players in the country. At 6-foot-9, Collins is incredibly thin, but his explosiveness is phenomenal. He projects well as a rim-protector and play-finisher in the dunker spot. He’s a bit raw offensively, and is somewhat stuck between positions at the moment. There are some questions with his game, but Collins’ ceiling is very high. If he’s able to address some of these concerns, he could be a prospect on the rise.

Bottom Line: At 6-foot-10 and 246 pounds, Brandon Huntley-Hatfield possesses a unique combination of tools. He is big and physical, but has also shown promise as an outside shooter. It is yet to be seen what type of role Huntley-Hatfield will ultimately fill for a deep Tennessee team; however, his talent alone will likely have him in consideration as a solid draft pick if he chooses to enter the 2022 NBA Draft.

Bottom Line: After committing to Tennessee as a RSCI top-20 recruit, Josiah-Jordan James has been underwhelming in his first two years. The talent is still there, but he’ll need to have a breakout junior year to really create momentum regarding his NBA prospects. A career 33.5% three point shooter at 6-foot-6, James has good positional size and versatility. He has displayed a smooth shooting stroke and playmaking, but has often lacked the killer instinct to attack the rim with regularity. He’s also an adequate defender, averaging 1.4 steals and 1.0 block per game last year, so with an increase in offensive production, he can make a strong case for himself next summer. 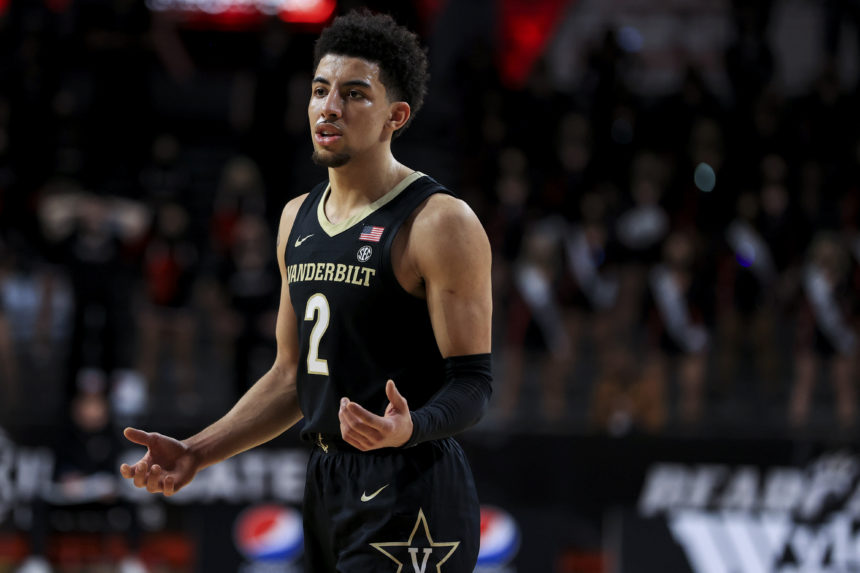 Bottom Line: Scotty Pippen Jr. is a microwave scorer who can create looks for himself in multiple ways. Not only can he attack the lane and create open looks from deep, but he is a tremendous free-throw generator and makes plays for his teammates. He is undersized and can be a bit turnover prone and streaky as a shooter, but his ability to generate offense is special. With increased efficiency, he could propel himself into the 2022 draft. 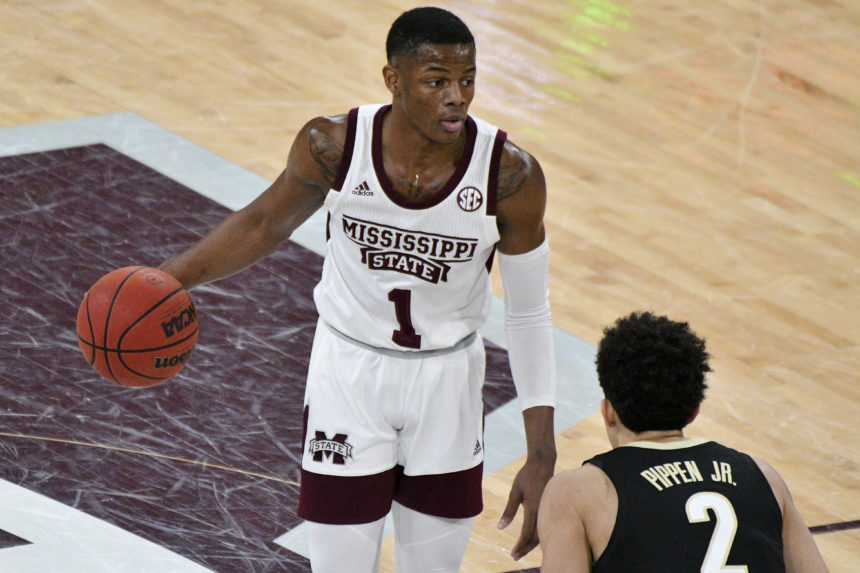 Bottom Line: Iverson Molinar is a quick-twitch guard with the ability to fill up a box score at will. He burst onto the scene for the Bulldogs as a sophomore, averaging 16.7 points per game while hitting 43.6% of his shots from deep, as well as knocking down 80.4% of his attempts from the free throw line. He can be a bit turnover prone in spurts, but excels out of the pick-and-roll and as a spot up shooter. He also has decent vision as a passer, and is a functional on-ball defender. If he remains consistent this season with his three-point shooting and overall scoring prowess, Molinar could be a strong option in the 2022 draft as a score-first guard.

Bottom Line: After transferring from West Virginia, Oscar Tshiebwe brings a significant, physical presence and energy to Kentucky's roster. Standing 6-foot-9 and 255 pounds, Tshiebwe's strength and motor are the two elements of his game that stand out the most. Although there are questions as to how well his game translates to the modern-day NBA that values floor-spacing, a productive season for the Wildcats could see Tshiebwe generating interest from NBA teams, nonetheless.