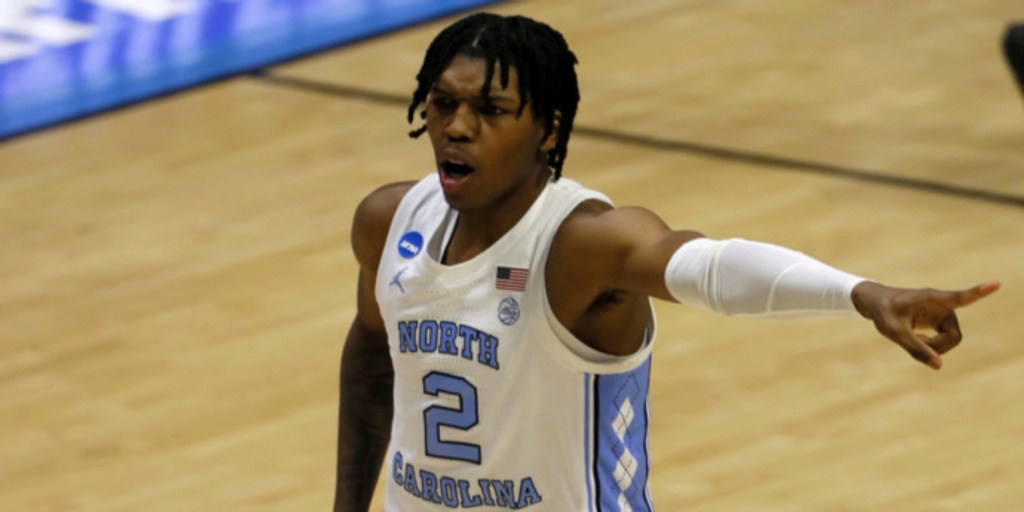 First up, we'll break down the top NBA prospects from the ACC:

Bottom Line: At 6-foot-10 and 250 pounds, Paolo Banchero is incredibly versatile. He excels in the post, can create off the dribble, and continues to improve as a face-up shooter from deep. He lacks elite athleticism on the defensive end, but has flashed a great feel and discipline to counter that. Players with his build and skill set don't come around very often, so with a strong season at Duke, Banchero will likely be in the discussion for No. 1 in the 2022 NBA Draft.

Bottom Line: AJ Griffin is 6-foot-6 and possesses a 7-foot wingspan. He is a powerful and versatile wing that has a tremendous physical profile and promising skill set. He has also shown the ability to create for both himself and others. Griffin hasn't played a ton of basketball over the last 18 months due to both COVID-19 and injuries, and the freshman has already suffered a knee injury in practice. But once he gets back to action, tracking him early in the season while at Duke will be a top priority. AJ is the son of former NBA player and current Toronto Raptors assistant coach, Adrian Griffin.

Bottom Line: After being a highly-touted recruit out of high school, Caleb Love had a somewhat underwhelming freshman season for the North Carolina Tar Heels. He averaged 10.5 points and 3.6 assists per game while only shooting 26.6% from three-point range. Love is a good athlete with a quick first step and knack for playmaking, but will need to take a step forward in the 2021-22 season. If he is indeed able to take steps in the right direction, Love could be in the mix of the first point guards taken in the 2022 NBA Draft.

Bottom Line: Matthew Cleveland is potentially the next name that could be put on the list of Seminoles to develop into first-round picks under Leonard Hamilton’s watch. Standing at nearly 6-foot-7, Cleveland is at his best when he’s attacking the rim. Possessing great athleticism and body control, he finishes well with both finesse and through contact. Outside shooting is still a question mark at this point in his development. On the defensive end, he is stellar. He is aggressive and provides versatility, which should allow him to shine in Florida State's system. Cleveland is a strong candidate to be a one-and-done prospect.

Bottom Line: Over the final six games of Mark Williams’ freshman season, his usage and role rose. He was clearly up to the task, as he averaged 16.7 points, 7.8 rebounds, and 1.7 blocks per contest. Utilizing his size, length and interior presence, Williams has an opportunity to solidify himself as one of the best young bigs in the country. A solid season for Mike Krzyzewski and the Duke Blue Devils could lead to him to first-round pick status in the 2022 NBA Draft.