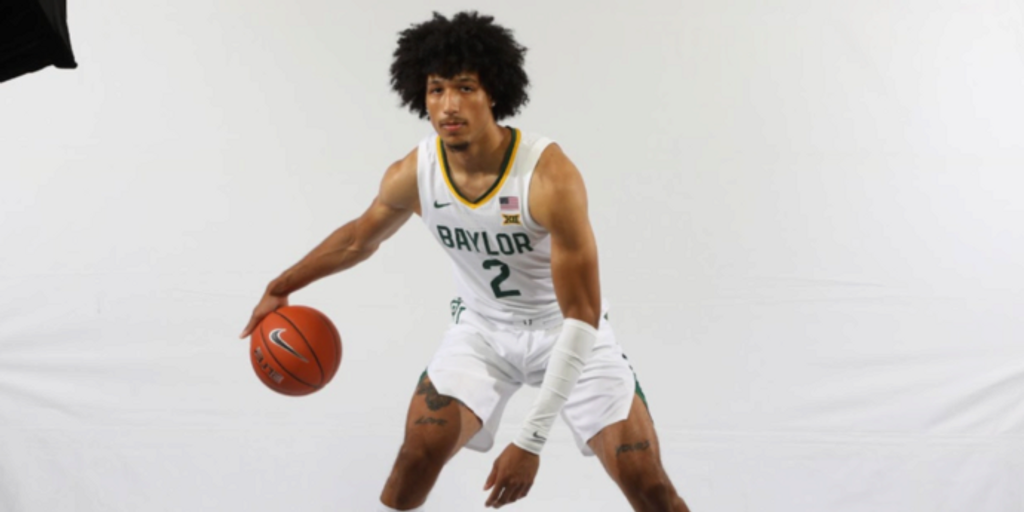 Last week, we looked at the Big Ten and the ACC. Today, we'll break down the top NBA prospects from the Big 12:

Bottom Line: A big, strong and explosive wing with a high motor, Kendall Brown has the tools to provide an impact right off the bat at Baylor this season. As a slasher, Brown can finish with both athleticism and finesse, and when necessary, has shown the ability to produce as a secondary creator. He is also a terrific defender, using his length and quickness to disrupt the opposition both on and off the ball. It is worth monitoring what type of role he’ll fill for the Bears this season; however, Brown does possess the talent to be a potential one-and-done prospect.

Bottom Line: At 6-foot-9, Mayer is a fluid ball-handler and scorer who averaged 8.1 points per game last season in only 15.7 minutes per contest. He was effective from deep, as he hit 39.5% of his three-point attempts, but shot a lowly 59.2% from the free-throw line — a number that is a bit worrisome. This season, he could see a large jump in usage with Davion Mitchell and Jared Butler, the Bears' previous primary handlers, now in the NBA. Mayer has good positional size and a knack for scoring, so with a strong senior season, he could make a case for himself in the 2022 draft.

Bottom Line: Terrence Shannon Jr. is an energetic, athletic wing who hangs his hat on defense. Possessing an impressive frame and mobility, he is a strong on-ball defender who provides versatility. He has made just a career 32.8% of his three-point attempts, and will need to be more consistent as a shooter and rim-finisher. Shannon’s physical tools alone make him a viable option in the 2022 NBA Draft.

Bottom Line: Ochai Agbaji is a versatile wing who has shown promise as a defender, slasher and shooter. Early on in his career, he was known for his athleticism and defense, but his lack of outside shooting was concerning. He has shown substantial improvement since then, and connected on 37.7% of his three-point attempts last year while shooting 6.9 triples per game. With continued shooting consistency and strong on-ball defense, Agbaji could solidify himself as a viable 3-and-D option at the NBA level.

Bottom Line: After an injury-ridden freshman year, Jalen Wilson returned to action for the Jayhawks last season, averaging 11.8 points and 7.9 rebounds per contest. He showed the ability to score and space the floor as an offensive weapon. He lacks elite explosiveness, but is crafty and can create mismatches on the offensive end due to his size and perimeter skills. Additionally, Wilson hit 33.3% of his three-pointers last season. If he can raise both the volume and efficiency from deep, Wilson has a chance to be a versatile scoring option at the next level.