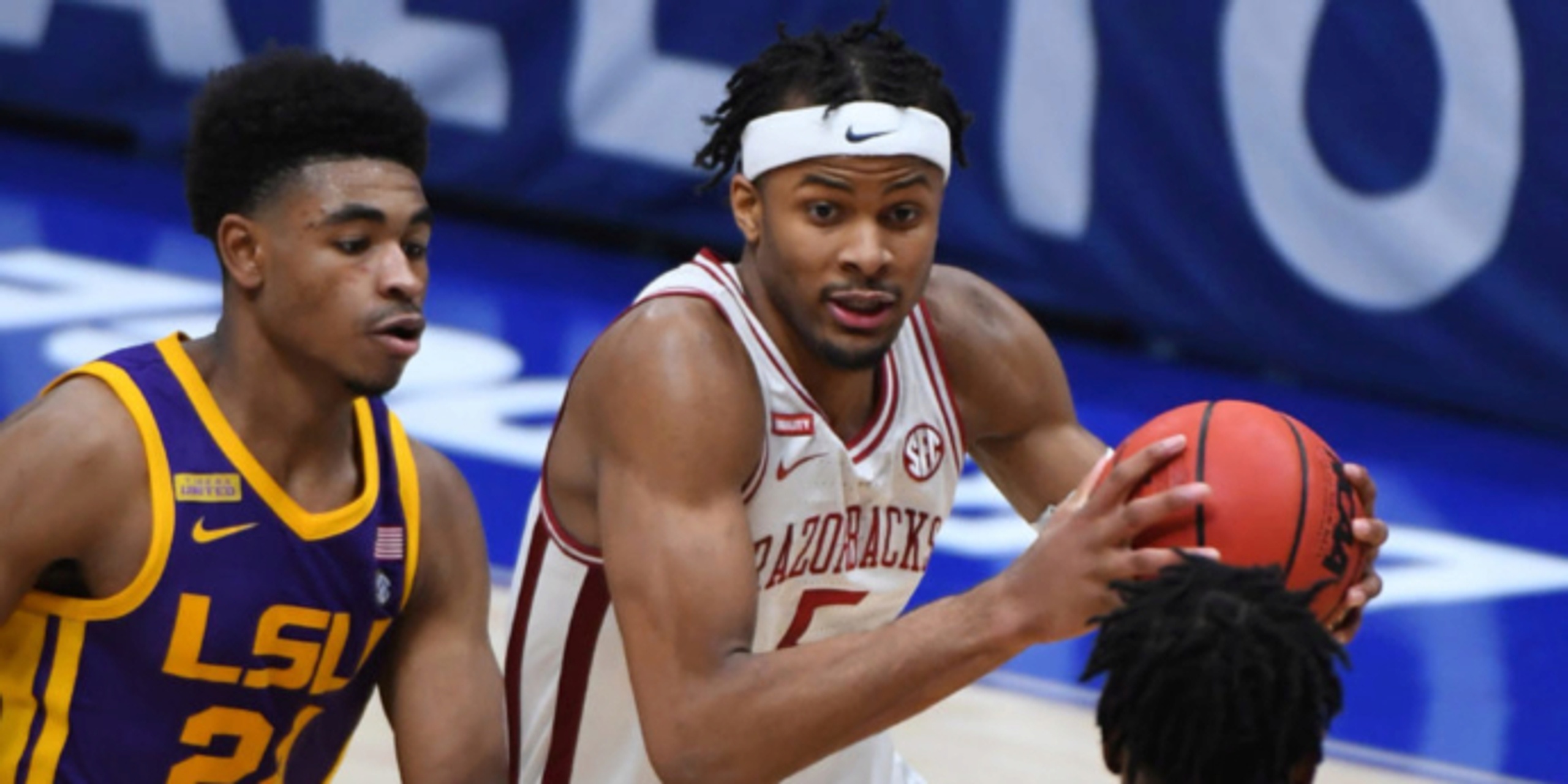 With the 2021 NBA Draft just days away, BasketballNews.com's Lead NBA Draft Analyst Matt Babcock has put together a list of the top available prospects by position. He recently listed the draft's top point guards, small forwards, power forwards and centers.

Here are the best shooting guards in this year's class:

Although known mostly as a high-flyer, Jalen Green showed a more versatile offensive repertoire this past season for the G League Ignite. His explosiveness and ability to create space off the dribble, along with his improved outside shooting, have made him one of the most coveted prospects this year. Green is perhaps the most athletic and dynamic prospect in the entire draft, and he has subsequently established himself as a near lock to be a top-five pick.

An explosive vertical athlete, crafty finisher around the rim, and assertive scorer, James Bouknight is capable of filling up a box score with points in the blink of an eye. Although he still needs to improve as an outside shooter, he has the potential to become a primary offensive option in the NBA and should have a solid career.

Standing 6-foot-6 with a 7-foot wingspan, Moses Moody is one of the best shot-makers in this year’s draft. Although he is lacking quickness and overall burst, he is a disciplined and reliable team defender with plus length. He has the ability to impact both ends of the floor, making him a viable option in the first round for teams that want a 3-and-D type of player.

Chris Duarte is 24 years of age, making him one of the oldest players in the 2021 NBA Draft. However, he's mature, disciplined, and one of the best shooters in this class. His offensive impact, adequate on-ball defense, and toughness will likely allow him to be an immediate plug-and-play wing at the NBA level. Don’t be surprised if Duarte provides a spark to an NBA team as early as next season.

Possessing incredible athleticism and a nose for the ball, Keon Johnson has the tools to be an elite defender and high-flyer at the next level. Although there are some concerns about his limitations on the offensive end, his aggressiveness, instincts, and versatility on the defensive end suggest that he can become a high-level role player while possessing upside considering his elite athleticism.

A disciplined and physical guard who can score on all three levels, Jaden Springer uses his physical strength to attack the rim and create space to score in the midrange while also being a reliable outside shooter. He is a tremendous defender both on and off the ball, and his physicality and toughness allow him to defend multiple positions. His ability to play point guard regularly is highly questionable, but he is an effective passer. Springer’s ceiling might not be quite as high as some of the other one-and-done prospects this year; however, his floor is high, making him a safe bet.

Cam Thomas is a microwave scorer and tough shot-maker who has the ability to get hot at any moment. He has great shot creation tools and has shown a combination of easy NBA range as well as craftiness at the rim to finish inside. He's also able to get to the free-throw line at a high rate, making him one of the best scorers in the class.

An athletic, playmaking guard, Josh Christopher was inefficient at Arizona State this past season. However, he did show an ability to score off the dribble and hit tough shots. He excels attacking in transition and when he gets downhill, he is a powerful athlete who is capable of finishing plays with craft and touch. He needs to become more focused on defense and improve as a decision-maker, especially in regard to his shot selection. But he is one of those guys where if it clicks, watch out.

Despite being a little ways from making a real impact on an NBA floor, Josh Primo has tremendous long-term potential. He progressed well during his freshman season at Alabama, averaging 9.0 points per game while shooting 41.4% from three and 89.3% from the free-throw line in conference play. With good positional size, Primo will need to continue to build on his basketball IQ and versatility as he moves on to the next level, but he shouldn't be on the board too long as his upside is undeniable.

After being a highly touted recruit entering his freshman year at Kentucky, Brandon Boston Jr. had a disappointing season. His draft stock is somewhat unstable at the moment due to his thin build and inconsistent play. But at 6-foot-7, Boston’s combination of length, shot-making, and ball-handling give him the potential to be an effective scorer in the NBA. Despite some of the public concerns, don’t expect Boston to slip too far in the draft.

Averaging 20.1 points per game this season, Ayo Dosunmu solidified himself as one of the best guards in college basketball last season. He's a terrific athlete who excels in open space as well as attacking the rim. He is a combo guard who's effective in the pick-and-roll. He has also continually improved as an outside shooter. Dosunmu's competitive nature makes him a viable option for teams looking for depth at guard.

The former McDonald's All-American came into his own last season with the Cougars, scoring over 17 points per game while solidifying himself as one of the best shooters in the country. With good athleticism and playmaking, Grimes has a real chance to carve out a role for himself in the NBA. He struggled with inconsistency at times, but the sharpshooting makes him a viable option in this month's Draft.

A key piece in Gonzaga's incredible season, Ayayi played well both on and off the ball for the Bulldogs. He isn't the flashiest player on the floor, but the Frenchman is consistent, reliable, and a strong decision-maker. Ayayi shot 38.9% from deep this season on the way to 12.0 points per contest, and regularly added great reads off the dribble as a facilitator, playmaking, and disciplined defense on the other end. With his positional size and intelligence, he has a great chance to carve out a role in the NBA.

To see BasketballNews.com's latest 2021 NBA Mock Draft, click here. Also, check out the list of the top point guards in this class.