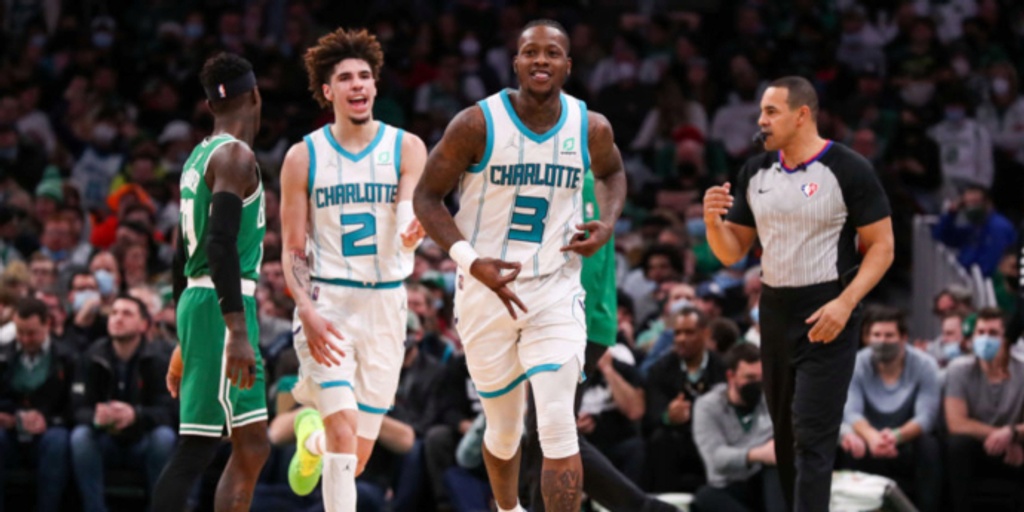 The best defensive rating the NBA over the past two weeks belongs to the Charlotte Hornets.

One month ago, our Evan Sidery wrote about how the Hornets' defense was derailing one of the NBA's most exciting young teams. And he was right. But man, how things have changed.

Charlotte is a scorching 9-3 in the past month and has improved to 25-20 on the season, pushing itself almost out of the Play-In tier of the Eastern Conference playoff race. On primetime national television Wednesday night, the Hornets wadded up the Boston Celtics and their two wing stars in a sneaky-big 111-102 victory. Since Dec. 23, the Hornets are third in Cleaning the Glass' defensive rating metric, and as already mentioned, first in the past two weeks.

Is this sustainable, or a product of good fortune? The answers are complicated.

The Hornets have given up the most wide-open field goal attempts per game in the entire NBA since the stretch has begun. NBA Stats qualifies those as shots where a defender is no closer than 6 feet from the shooter. Charlotte's defense has allowed 24.2 of those attempts per game — but that's not the whole story.

Opponents have been hitting those shots at a 60.9% Effective Field Goal percentage, good for ninth-highest in the league. So this isn't a case of waiting for regression to the mean. Teams are making the Hornets pay, and yet, they're still putting together an elite defense.

It gets weirder. Transition plays are generally a red flag for defenses because they typically lead to easy shots with a ton of spacing before a defense can get set. Per Cleaning the Glass, Charlotte is allowing opponents to get out in transition on 16.8% of their possessions during the winning stretch — third-highest in the league. But they've also been the No. 1 transition defense in that time.

Over the entire season, the five-man lineup of LaMelo Ball, Kelly Oubre Jr., Gordon Hayward, Miles Bridges and Mason Plumlee has been the seventh-stingiest transition group among all NBA units with at least 100 possessions of court time. (I simply would not have expected that.)

The Hornets have used turnover generation as the bedrock of their lockdown effort. Per Cleaning the Glass, opponents have coughed up the ball on 16.5% of their possessions since Dec. 23, which is the second-highest rate among NBA defenses.

Charlotte ranks at the top in deflections per game (18.3) and in defensive loose balls recovered (3.8) during that same timeframe, according to NBA Stats. Five players are averaging at least 2.5 deflections: Oubre (3.3), Cody Martin (2.8), PJ Washington (2.6) and Plumlee (2.5). Oubre, Martin, Hayward, Ball and Terry Rozier are all swiping at least one steal per game.

This defense isn't all about swinging for steals. Per Cleaning the Glass (pun, ha), the Hornets are limiting opponents' offensive rebounds and free-throw opportunities at top-10 rates. But by the numbers, Charlotte has aimed to cause chaos and ignite its own fastbreak opportunities — at whatever the cost. And the squad is an elite offensive unit when it gets running.

Is the approach sustainable? To be honest... I'm doubtful. Teams are going to figure out how to beat the Hornets in transition, whether they're doing something schematically or are just on a roll with getting stops. Their reckless abandon often means easy chances for the other team, and they will continue to capitalize on wide-open looks.

For now, though, it's making one of basketball's most entertaining teams even more fun to watch.