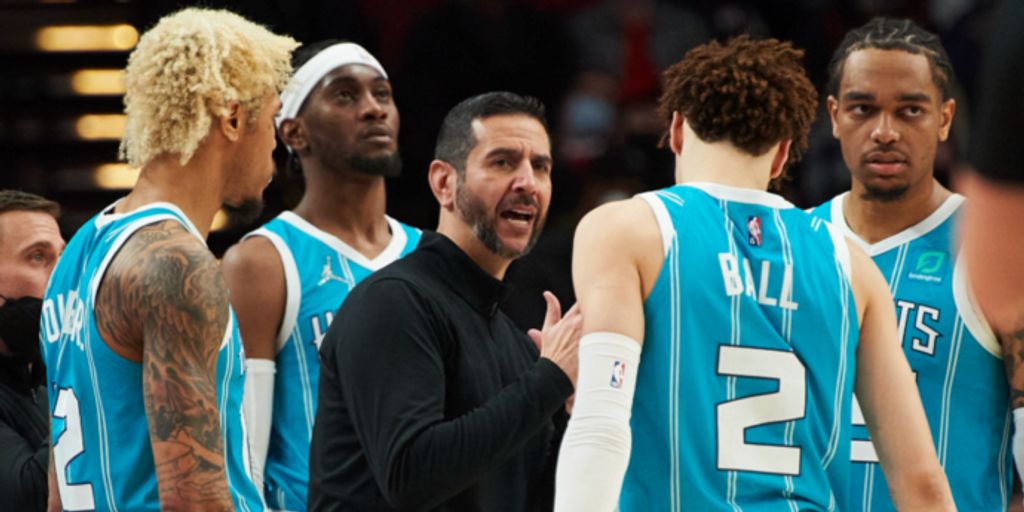 The Charlotte Hornets have so much promise, but a major fundamental issue is beginning to take over their season. After another ugly blowout loss to the Phoenix Suns 137-106 on Sunday, it was the latest showcase of an embarrassing defensive effort from Charlotte.

This is such a fun group oozing with NBA League Pass potential, but you can tell constantly that a lack of any consistent defense will eventually hold this team back from doing anything strong throughout the 2021-22 season. Charlotte has the worst Defensive Rating in the Association, allowing 114.8 points per 100 possessions, as it clings to a .500 record at 16-16.

Without a change on the horizon, the ship feels like it’s beginning to sink on the Hornets' early-season promise.

LaMelo Ball is so fun to watch, as he takes a Year 2 leap to stardom. Miles Bridges continues to keep his name in the race as a serious contender for Most Improved Player, averaging 19.8 points per game. Outside of those two building blocks, there’s a ton of inexperience and inconsistency.

It’s time shake things up one way or another before the Hornets’ season falls below where their true ceiling could be. After their 31-point defeat to the juggernaut Suns, Bridges and Kelly Oubre Jr. spoke a similar tune with what went wrong.

“We were getting good shots in the first quarter but, we were just missing. We let our offense dictate our defense,” Bridges said postgame. “That’s just something we got to get better at cause that’s losing us games. Our offense dictating our defense. We still got to come in whether we’re missing shots, making shots, we still got to come in and guard people otherwise its going to be a long night every game.”

Oubre, a former Sun who was known for his two-way prowess during his stint in the Valley, is a well-known energizer. As the Hornets’ sixth man, watching from the bench the whole vibe seems completely off right now. And honestly, Oubre’s lack of effort on the defensive end, on top of other veterans seemingly going through the motions, was one of my biggest takeaways from their shellacking in Phoenix.

“Honestly, its that juice, that energy.” Oubre said. “Playing desperate like we did in the second half against Portland. I think we have to consistently do that every game because we have to go harder than the other teams we face. Its mono-e-mono. Whoever goes the hardest wins, and if we don’t come out setting the tone, it trickles down the next three quarters.”

Over the last decade, Charlotte is right near the worst mark for a team defensively. If it doesn’t improve, it will continue to nosedive to more depressingly epic proportions. When looking over the list Charlotte is in, the main theme is youthful teams with one outlier being a team who was kept afloat thanks to a superstar. 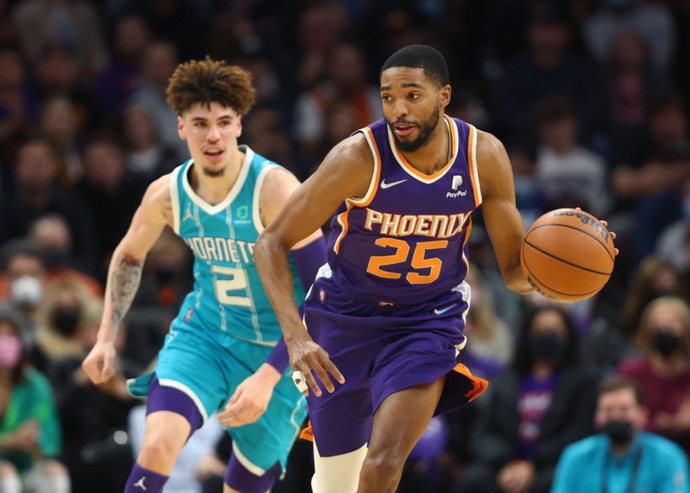 Nine of the Hornets’ 16 wins this season have come when they've scored 120 or more points, and in almost each instance they’ve needed that much in the end to pull off the victory. A formula of outscoring teams where the first one to 125 points gets the W simply isn’t a sustainable recipe for success — especially over a full 82-game schedule.

Charlotte’s starting lineup is beautiful to watch when it’s humming at full speed. LaMelo is doing LaMelo things. Bridges’ athleticism is overpowering defenders, and he's also improving his shooting range. Hayward and Mason Plumlee are capable tertiary playmakers that set up Ball and Terry Rozier on both drives and around the perimeter. When it’s fully in motion, the Hornets are absolutely a must-watch team.

However, when it’s ugly like it was on Sunday against the Suns, you really begin to realize just how desperate this team is in need of a shakeup. So far this season, the Hornets’ starters are being outscored by 5.0 points per 100 possessions in 205 total minutes. And though Hornets head coach James Borrego's experiment — P.J. Washington playing small-ball five in place of Plumlee — gives an offensive boost, it is a total disaster on the other end; the starters-plus-Washington lineup is carrying a negative-9.2 Net Rating.

Whatever the Hornets are trying to do to be competent on defense, it’s simply not working at all. One idea I’ve been hammering for weeks now is making an aggressive push for Indiana Pacers center Myles Turner, one of the NBA’s best shot blockers and rim-protectors. Turner would be the ideal all-in move to add a third piece to build around Ball and Bridges long-term in Charlotte.

The current outlook for the 2021-22 Hornets is a team that starts off hot, but quickly dissipates into a disappointment and wins around 35 games. If the Hornets don’t try to mix things up, their defense will continue to swirl down the drain to unwatchable levels.

“The goal right now is to stay together, stay positive, stay optimistic, keep our heads up and move forward,” Borrego said.

Time is running out for the Hornets to find a solution. Whichever route they decide upon will be critical for their short and long-term success.