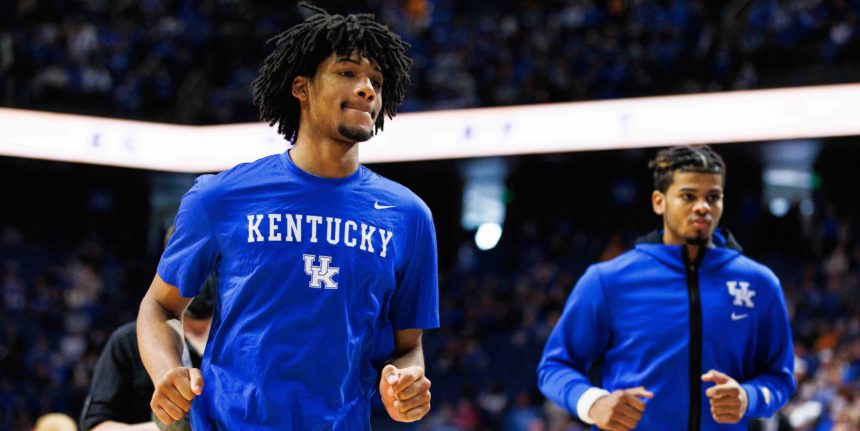 Shaedon Sharpe, a five-star prospect who is enrolling at Kentucky for the spring semester, is eligible for the 2022 NBA Draft, according to ESPN's Jonathan Givony.

Sharpe is eligible to play for the Wildcats but has yet to appear in a game. Basketball News Senior NBA Draft Analyst Matt Babcock offered his insight on Sharpe's looming decision and his thoughts on Sharpe as a prospect:

"In early November, it was brought to my attention by Wes Brown, a top talent evaluator from Canada, that Sharpe could be eligible for the 2022 NBA Draft. So I'm not surprised to hear this news. However, from my understanding, although certainly possible, I don't think it's a foregone conclusion that he will be in this upcoming draft.

"I had the chance to watch Sharpe several times last spring when he played with his traveling team, UPLAY Canada. His athleticism and length were the first things that I noticed. Throughout the spring and summer, he elevated his game by proving to be a reliable shot-maker in addition to being such an explosive athlete.

"If Sharpe does decide to enter his name in the 2022 NBA Draft, he will likely receive legitimate interest from teams selecting in the lottery. So, naturally, I will be monitoring his situation closely.