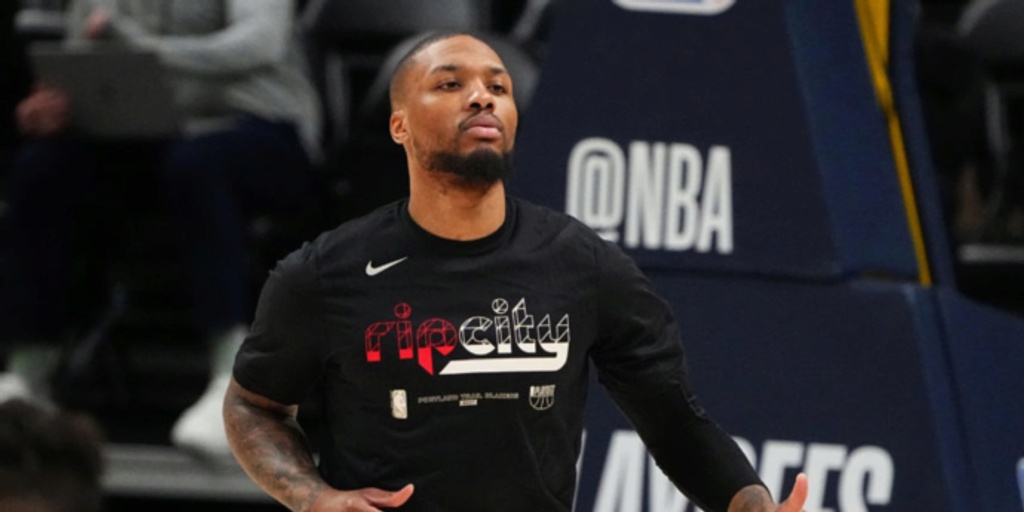 Report: Damian Lillard plans to request trade from Blazers in next few days

A source close to Lillard says that in the days to come, he plans to request a trade.

ANALYSIS: This is a bombshell report that comes as the Trail Blazers are embroiled in controversy surrounding the hiring and investigation of new head coach Chauncey Billups. Chris Haynes of Yahoo! Sports reported back in June that Lillard may want out due to a combination of the backlash and continued playoff failure by the franchise.

Lillard has spent his entire NBA career with the Trail Blazers since being drafted sixth overall in 2012. The 31-year-old averaged 28.8 points, 7.5 assists and 4.2 rebounds per game with the team last year, and scored 55 points in Game 5 of Portland's first round playoff series. The team ended up losing the game, and the series, to the Denver Nuggets.

According to multiple reports, several teams are already wondering how they can get involved in a potential Lillard sweepstakes. The Warriors are one such squad. Moke Hamilton of BasketballNews.com wrote that Lillard should not feel pressured to get out of Portland.

But according to Abbott's story, Lillard could already be planning his exit.