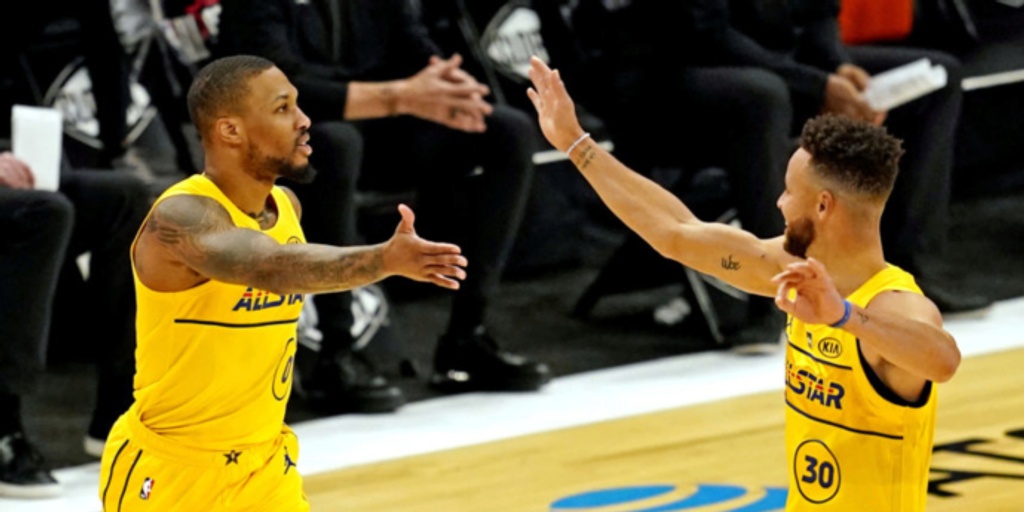 Which NBA team could make the best trade offer for Damian Lillard? That was the subject of The Athletic's recent roundtable piece, and the Golden State Warriors were mentioned as a possible landing spot for the superstar.

"Would the Warriors get involved? Yes," said Anthony Slater, a Warriors beat writer for The Athletic. "They’d make a call and have already internally discussed the idea, as I’m sure most contenders have, considering the rising smoke out of Portland."

Lillard's name continues to marinate in the trade rumor mill after he answered neutrally regarding questions about his future in Portland last week. The Trail Blazers' superstar is currently playing for Team USA and turns 31 years old on Thursday.

While a Lillard-to-Golden-State trade seems unlikely, the Warriors could build an attractive offer that's centered around James Wiseman and their two lottery picks in this year's draft (No. 7 and No. 14).

A backcourt of Stephen Curry and Lillard would be incredibly fun to watch, as both have unlimited range and won't hesitate to pull up from the logo (as our Spencer Davies highlighted recently).