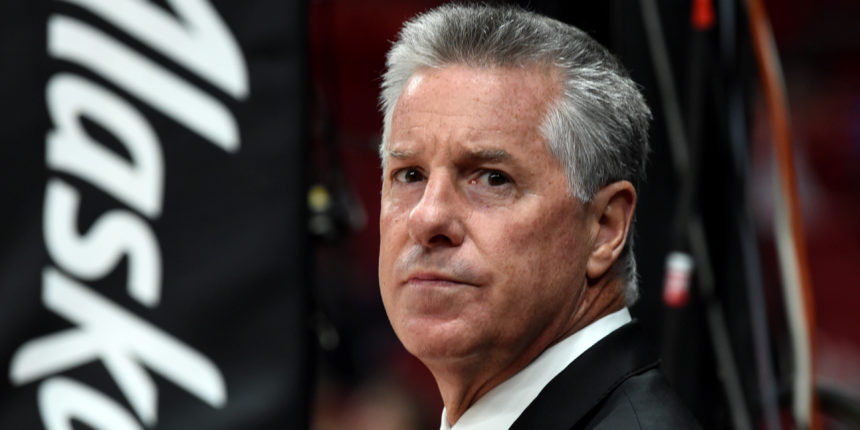 Neil Olshey on the hot seat in Portland after Billups hire?

Amid controversy and uncertainty surrounding the Portland Trail Blazers, Sean Highkin of Bleacher Report gave his insight into a potentially grim future for GM Neil Olshey:

My current read on the situation based on conversations I've had: it's more possible Neil Olshey doesn't survive this than it was 48 hours ago before the OPB report came out. The organization thought this story would go away. It has not.

Reporters Conrad Wilson and Tony Schick write that the Trail Blazers never attempted to contact the accuser during their investigation, that the Waltham Police Department (located in the town where the alleged incident occurred) received just one recent inquiry about Billups and released no information, and that Massachusetts laws make it appear incredibly difficult to acccess past tapes and reports about a sexual assault. Together, this makes it seem quite hard to accomplish a thorough investigation.

All of this only tosses further questions towards Olshey, who remained vague when asked about the investigation at Billups' introductory press conference. Add to that the rumors surrounding Damian Lillard potentially wanting out, and a storm has developed in Oregon.