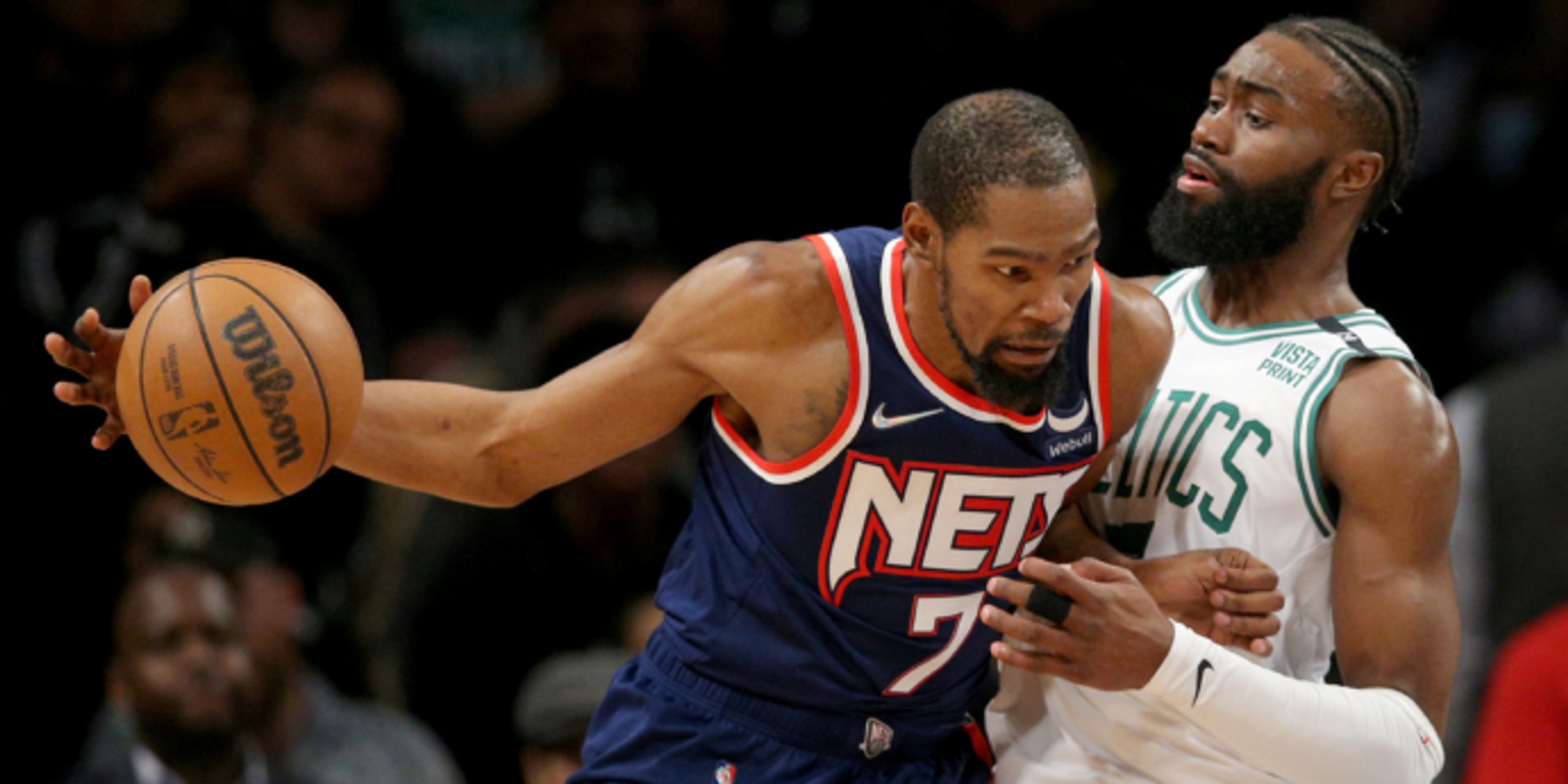 The Boston Celtics have emerged as a possible landing spot for Kevin Durant and they've been in "regular contact" with the Brooklyn Nets, according to ESPN's Adrian Wojnarowski.

The Celtics are the latest team to the join the Durant sweepstakes, joining the Phoenix Suns, Toronto Raptors and Miami Heat.

Wojnarowski notes that there hasn't been any traction toward a deal, mainly because the Nets continue to ask for an unprecedented haul that could include "multiple unprotected first-round picks, pick swaps and impactful players."

While the Celtics have made Jayson Tatum untouchable in all trade talks, Wojnarowski writes that "Boston's ability to include All-Star forward Jaylen Brown as a centerpiece in offers does help to make the team formidable in its pursuit."

It remains to be seen if Boston is willing to deal Brown. If they are, the Celtics may have the best offer on the table.

Last season, the Celtics won 51 games and advanced to the NBA Finals (after sweeping Durant and the Nets in the first round). Boston came two wins short of a championship, losing to the Golden State Warriors in six games.

Brad Stevens has done an incredible job since taking over as the Celtics' president of basketball operations. This offseason, Boston has been aggressive — trading for Malcolm Brogdon and signing Danilo Gallinari.

Durant requested a trade on June 30, but the Nets haven't been in any rush to move KD or Kyrie Irving. Some NBA executives believe Durant and Irving may still be in Brooklyn when the 2022-23 season starts.