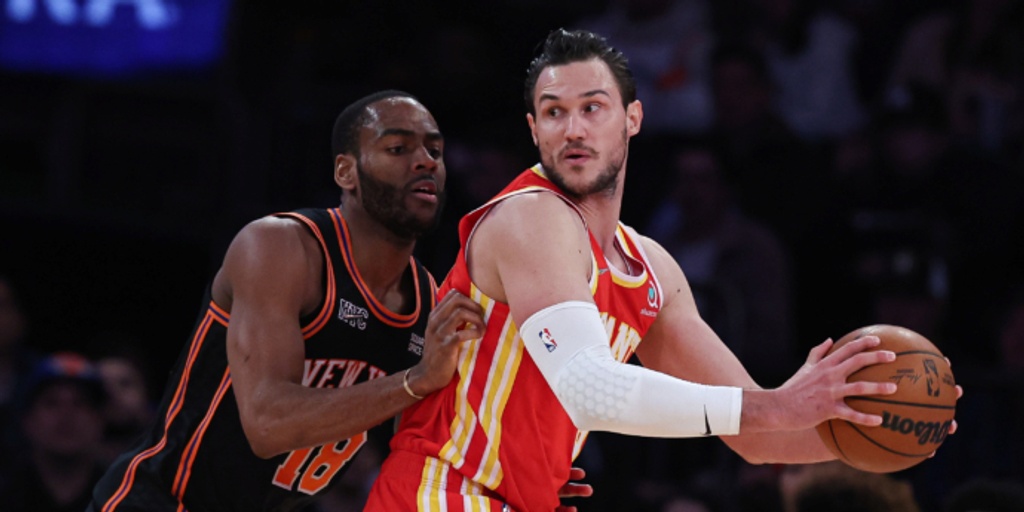 Could Danilo Gallinari hold a cure-all for the Boston Celtics' offense?

Back on Jan. 11, I listened to The Dunker Spot and thought long and hard about this insight from Steve Jones Jr.:

On that date, the Boston Celtics had a 20-21 record and were tied for 10th in the Eastern Conference standings with the New York Knicks. A couple of weeks later, everything started to change for a squad that would go on to reach Game 6 of the NBA Finals.

Yet, I noticed a similar pattern during Boston's second-round playoff series. The Golden State Warriors were content to help off perimeter shooters in the Finals as well, putting their defensive focus on Jayson Tatum and Jaylen Brown's drives to the basket.

According to several reports, the Celtics plan to sign Danilo Gallinari when he clears waivers after being bought out by the San Antonio Spurs. The rumored deal is for two years and $13 million, making him a value addition using the taxpayer mid-level exception.

Gallinari has a clear objective: To be that pest.

Second Spectrum categorizes a "wide open" shot as an attempt with no defender within 6 feet of the shooter. Here's a look at how frequently the Celtics' complementary shooters attempted wide-open threes in the regular season (playoffs in parentheses). At the end, I added Gallinari's regular-season numbers with the Hawks.

Look at that far right column. Gallinari was covered much more frequently than any other Celtic (except Pritchard in the postseason) while playing for an Atlanta Hawks team with several proven perimeter threats.

Defenses don't want Gallinari getting open looks. They will keep tabs on him and try to impede his shot. And not only is Gallinari a career 38.2% marksman from long-range, but his shot diet feels like an elixir for Boston's young stars.

In the first, second and fourth clips here, you see Trae Young either draw wing defenders over to help or draw full-on double-teams. Gallinari is perched one pass away as an easy outlet. His range is apparent, and he's unbothered by late contests. Gallinari historically launches tons of these above-the-break threes, and he's been efficient from that zone throughout most of his career.

Opposing defenses planted a target on Tatum whenever he drove to the basket in the playoffs. In this video series below, watch how defenders are cheating to the nail or helping off the strong-side corners. It doesn't matter who the nearest shooting outlet is; they perceived Tatum as the primary threat and lived with the consequences.

If Gallinari is positioned one pass away from Tatum on these drives, opponents have to change their calculus.

The montage centered on Tatum because he is the centerpiece of Boston's offense. Gallinari won't always share the floor with him, but the advantages remain the same whether it's Brown, Smart, White or Malcolm Brogdon driving that basketball. Having that shooter one pass over makes the defender pause just a smidge longer and keeps those driving lanes just a tad wider. And if the defense doesn't adjust, Gallinari makes them pay.

No, Gallinari does not buzz around the perimeter like Stephen Curry or Duncan Robinson. But he's a proven sharpshooter who moves well enough to be a weapon for Ime Udoka unlike anyone else on the roster. As a well-built 6-foot-10 forward, Gallinari is also big enough to be used occasionally as a screener and on pick-and-pop plays.

He's even a solid post-up scorer; per Second Spectrum, Gallinari's 56.1% clip on shots out of a post touch ranked ninth out of 68 NBA players to log at least 30 such attempts last season.

However, as past Celtics have shown, three-point firepower alone won't prop a player up in this rotation. Gallinari has two questionable areas worth addressing up front.

First: What happens when the defense effectively contests him?

Gallinari has a soft spot for the mid-range pull-up off a catch.

Age has sapped much of his downhill speed, and he didn't play with the same level of physicality driving last year. Gallinari too often settles for these undesirable shots. In fairness, he can knock these down when in rhythm, and has hovered in the low-40s with his long mid-range field goal percentage in recent seasons, per Cleaning the Glass.

But he's rarely attacking closeouts to get to the rim, and isn't a particularly proficient passer. In that last clip, he misses an easy kick-out to an open De'Andre Hunter. Boston creates advantages when its perimeter players attack open space and make the right play — shot or pass. Williams, for example, grew leaps and bounds driving out of the corners last season. Gallinari will need to exhibit similar traits to maintain the offensive flow.

An even larger hurdle will be Gallinari's defense. In polite terms, it's not a natural fit.

The 33-year-old was a target in Atlanta. He's just severely limited in his mobility. Gallinari works as hard as he can with his foot speed, but once a defender gets his weight going backward, it's over. He doesn't have the length or bounce to recover, or even be a deterrent when contesting shots.

Because he can't use his size effectively, Gallinari often struggles to navigate screens. He's generally got a solid grasp of positioning and awareness, but smaller lapses become magnified with his limited athletic tools. Gallinari is a lot like Pritchard in the sense that their physical makeup sets the standard of technique and focus so much higher.

Barring mass injuries, the Celtics will bring Gallinari off the bench, keeping him out of the scopes of today's top NBA scorers who he faced in the above reel. However, "hiding" players on defense is far easier said than done — no matter their playing time. Udoka will need to find coverages that keep Gallinari away from the ball, and Gallinari will need to sync up with the communicative, quick-thinking requirements of playing in Boston's schemes.

We've seen past players get off to slow shooting starts, fail to keep up on defense and disappear from the rotation. Aaron Nesmith and Juan Hernangomez faded during the regular season, and even Pritchard was hanging onto minutes by a thread during the Finals. Gallinari must meet a certain threshold on defense to keep himself afloat in the rotation.

But if he can do that, he's not just a necessary perimeter presence — Gallinari could hold a cure-all for Boston's offense.