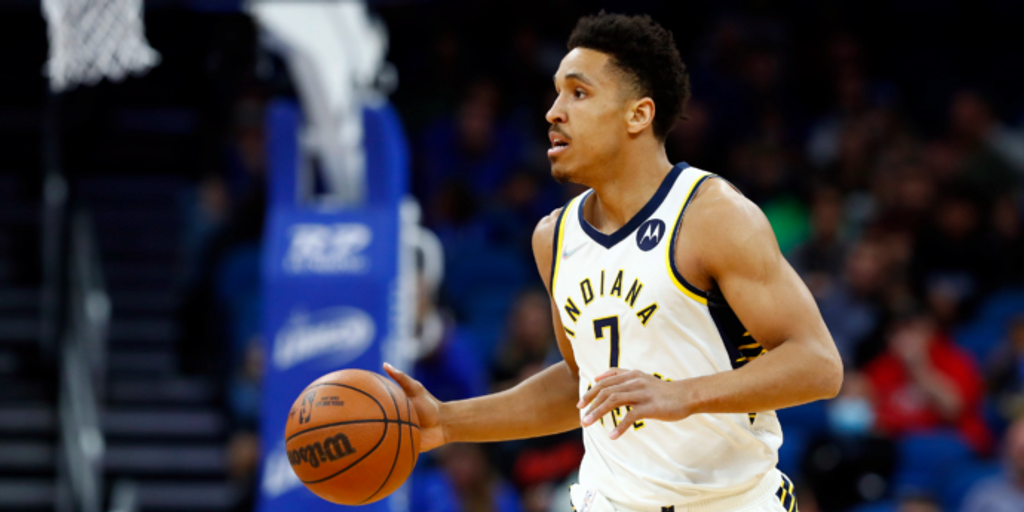 How does Malcolm Brogdon fit with the Boston Celtics?

To those who were paying attention, Brad Stevens shut down the Boston Celtics' pursuit of a Kevin Durant-type superstar long before Durant set the NBA world on fire with his reported trade request.

After the Celtics lost to the Golden State Warriors in the NBA Finals, Stevens turned his focus quickly to the offseason, and laid out a vague, yet detailed outline of how things would look in his second offseason as the team's president of basketball operations.

“I think we have to walk a fine line a little bit. I think teams are fragile,” Stevens said via The Athletic's Jared Weiss. “I think the way teams work together and operate together are fragile. And I think your identity as a team, when you find one that’s successful — which we did this year on the defensive end of the floor and when we were at our best sharing the ball offensively — those things are fragile. So just to add doesn’t mean that you’re not taking something away from the group. And to change significant pieces in the group doesn’t mean that that might not totally take your identity and shift it in a direction that’s not as successful.”

“With our group in particular, it’s not as much about blindly acquiring talent as it is fitting a team together. We’ve got some very, very talented guys, and they are young. So it’s about how do we fit together, bring our strengths together to accentuate each other.”

It's the approach that landed Derrick White (and Daniel Theis, in some respects) this past trade deadline, and the same theme is underlining Boston's two splashes this NBA offseason.

Last Friday, the Celtics reportedly acquired Malcolm Brogdon from the Indiana Pacers in exchange for Theis, Aaron Nesmith, Juwan Morgan, Malik Fitts, Nik Stauskas and a 2023 first-round pick — essentially one rotation player, several reserves and a draft asset. According to several reports, they also intend to ink Danilo Gallinari to a two-year contract following a buyout with the San Antonio Spurs.

Observers have lauded both moves in consensus, and I'd join the chorus. Boston barely subtracted from its 2021-22 rotation while adding two veterans who have averaged at least 24 minutes per game in each of their respective seasons since Gallinari's 2008-09 rookie year. Brogdon and Gallinari add 821 combined NBA games started to the shuffle, and to have both off the bench is a testament to the depth of a title frontrunner.

But even if the on-paper trade-off was minimal, this is still a serious bet that Stevens and Ime Udoka know how to straddle that aformentioned fine line — how to avoid complacency without upsetting the fragility of a team's identity. Brogdon and Gallinari bring strengths that the Celtics sorely lacked in their Finals loss — and concerns that could undermine their fit with the rest of the roster.

Three most notable needs for the Celtics to address this offseason:

And here's another nugget from Stevens:

“I think we need a little bit more playmaking. I think that’s real,” Stevens said. “I think we need more playmaking, but I don’t think we can be stagnant. We have to make sure that we continue to play with pace. When we are at our best we play with pace, and when we create one advantage the ball whips around the court and I just thought we played pretty slow in that last series.”

In his smaller, 36-game sample size from an injury-plagued 2021-22 season, Brogdon finished fourth in the NBA with 18.3 drives per game. He's steadily increased that volume throughout his NBA career, and has kept up some impressive numbers on those attacks. Here's how he ranked in several metrics when driving the ball last season, among 83 players who drove at least seven times per game across at least 30 games:

What does playmaking mean? It's an amoebic term that people use... creatively, throughout basketball. To me, a good "playmaker" can create an advantage and make the high-efficiency play, whether it be a bucket or a pass, out of that advantage. Brogdon successfully play-makes when he hits these driving lanes.

It's impressive how he can generate quality looks without an eye-popping first step or vertical leap. Brogdon can use a quick dribble move to get his legs running, and he's great at creating extra space with his opposite arm and shoulder without fouling. Then, he can get the ball to his extended finishing hand so quickly that even longer defenders can't recover in time (look at that drive on Jaylen Brown). Brogdon doesn't have the best natural touch at the rim, but all of these smaller tricks of the trade help him clear the obstacles.

Brogdon isn't passing players open, but he has the requisite court vision to read help defense and sense where his shooters are. Brogdon notched upper-echelon assist rates in each season as a Pacer without sacrificing too many turnovers, and should continue to do so in a smaller role.

I read and listened to some Brogdon season-ending reviews from Caitlin Cooper and Mark Schindler. One notable critique they alluded to was his tendency to lean into the drive, particularly on a mismatch.

Cooper noted one play against the Detroit Pistons where Brogdon charged at a switching Isaiah Stewart without any threat of a pass or pull-up. It's noteworthy because one of the biggest criticisms of the Celtics all season long was their late-game tendency to fall into isolation mismatch-hunting, gunking up the ball movement. That overlap does give me pause.

Schindler elaborated on an April episode of the Indy Cornrows podcast that Brogdon demonstrated a concerning hesitancy to shoot in search of drives. He shot just 31.2% from beyond the arc last season, the worst percentage of his career and far off from his 38.8% clip in 2020-21. It further strained the synergy between Brogdon and Tyrese Haliburton, who, as Caitlin and Mark both emphasized, did not mesh particularly well in a tiny eight-game sample.

Fitting Brogdon into Boston's guard rotations should be smoother.

Firstly, it's reasonable to expect shooting improvement. Brogdon was in and out of a jumbled Pacers lineup last season, and again, played only 36 games. He made just 33% of his catch-and-shoot threes last season after hitting on 44% of those shots the prior year. Brogdon isn't the 50-40-90 player he was in 2017-18, but he's also just a better knockdown shooter than his 2021-22 numbers indicate.

He won't be playing the same minutes with the same responsibility, and a change of scenery can always act as a confidence reset. Tatum, Brown, Smart and White can all orchestrate offense with a base level of comfort, meaning Brogdon receives more time as a spot-up perimeter threat.

Boston desperately needed another player who could collapse defenses in the Finals, particularly as Brown and Tatum grew fatigued from high usage. Boston drove to the basket 52 times per game in the Finals. Tatum, Brown, Smart and White combined for 91% of those drives. Tatum and White struggled immensely against Golden State's defense, shooting 31.0% and 27.8% from the field, respectively.

Brogdon should feast on reps as an initiator off the bench or as an off-ball threat to shoot or drive next to Boston's other primary creators. His presence should particularly help White — who is used to playing as a "1B" attacker from his days in San Antonio — speed to the basket with more freedom as Brogdon draws some defensive eyeballs away.

Payton Pritchard is another beneficiary, though I wonder what the trades mean for his playing time. He's the best shooter on the Celtics, but one of the least threatening drivers in the entire league. Now, he won't have to worry about pressuring a defense, and in theory, he can turn into a floor-spacer while Brogdon and White do the heavy lifting with the ball.

On defense, Boston simply needs its cast to hit a threshold of individual switchability and team communication. Brogdon won't make an All-Defensive Team next season, but at 6-foot-5 and nearly 230 pounds, he's an above-average defender who should hold his own on most guards and leaner wings. Brogdon will rarely have to exhaust energy as a point-of-attack defender as long as Smart and White are healthy, and he seems capable of acclimating to the high-pressure world of Celtics scrams and switches.

All of these visualizations hinge on two additional question marks. First, Brogdon has to settle into his role. Multiple reports from Boston-area outlets have repeated that, barring some stunning change, he will be used off the bench. This shouldn't be a serious concern; Brogdon might stay healthier with a lesser workload, and he's indicated he knows what he has to sacrifice.

“I’m looking to win a championship, that’s actually it,” Brogdon said to Jared Weiss of The Athletic. “In the past, I’ve worried about stats and numbers and all that. I’m going to Boston and not worrying about that.”

Health is an entirely different topic.

Brogdon has not played more than 65 regular-season games in a single season since his rookie year. He's never had one serious long-term injury like an ACL or Achilles tear, but has fought through numerous ailments all over his body throughout his career (here's a list). I won't speculate on what we can expect for availability, and the Celtics doctors know far more than we do. It's still worth monitoring for a guard who turns 30 this winter.

But as long as Brogdon is healthy, he's one more supporting beam for Boston's offense as it tries to create the consistency worthy of an NBA championship.