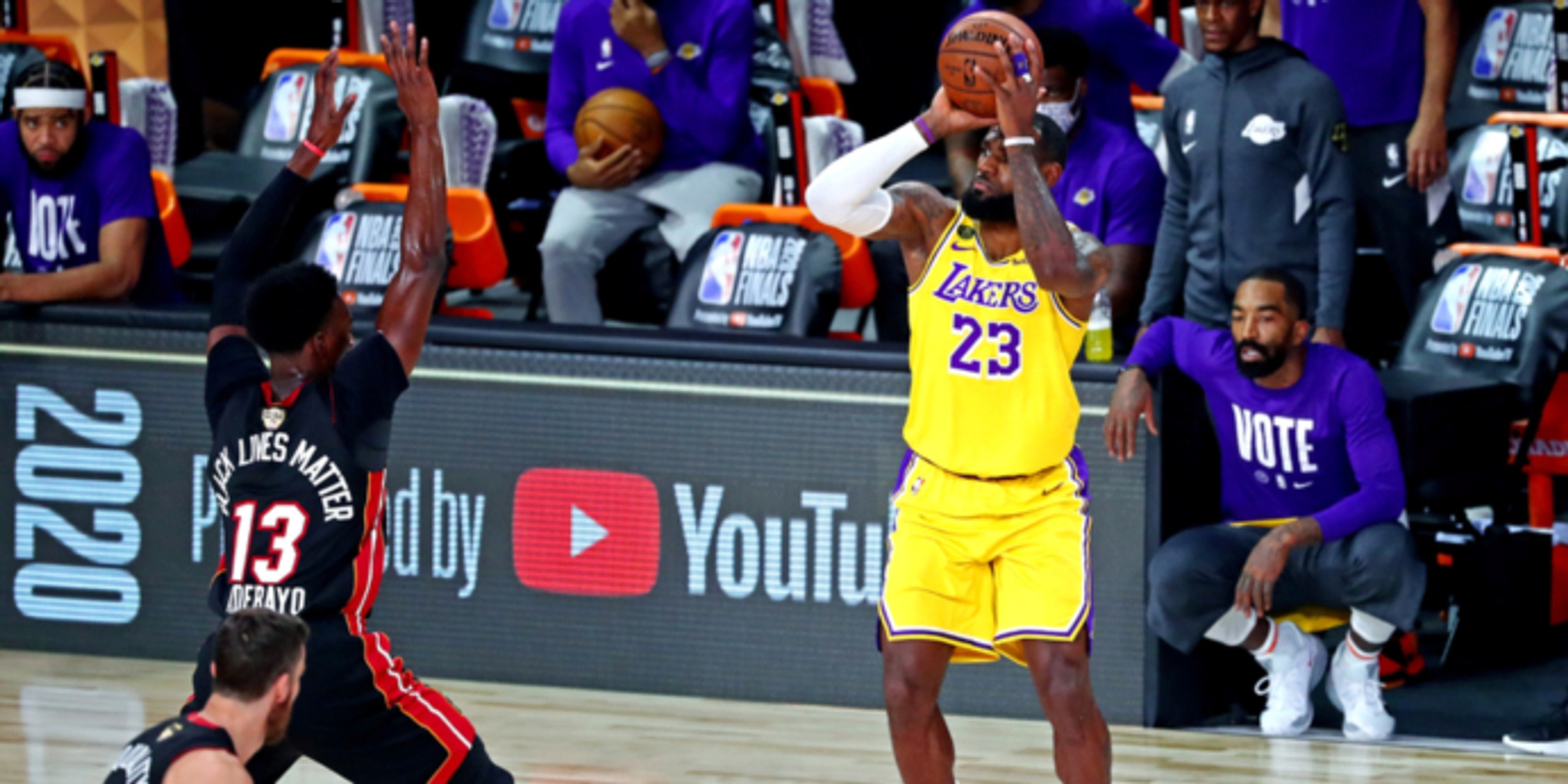 Momentum and injuries are two big factors heading into Game 4

The anguish on Goran Dragic’s face was palpable, even via Zoom.  The 34-year-old point guard from Slovenia has a torn plantar fascia in his left foot, and he tried but failed to sound optimistic that he would be available for Game 5 on Friday night.

Game 4 is clearly out of the question.

“I want to be out there with my team. That's no secret. That's what I was working my whole career for, 12 years in the NBA,” Dragic said. “The injury-wise, it's not new. I already played for the last two series, Milwaukee and Boston. Of course, it was not so severe. But we don't have a lot of rest in between, so I was doing all the treatment that I can.”

Tyler Herro is expected to get the start at point guard for Miami, a curious move by coach Erik Spoelstra because undrafted rookie Kendrick Nunn started all 67 games he played during the regular season, with Dragic coming off the bench for all but three of his 59 games.

Can the kid from Kentucky with the now-trending snarl keep Miami’s turnovers as low as they were in Game 3, when the Heat had only 12 but forced the Lakers into committing 19? That will be one of the key questions in Game 4 tonight as the Heat try to even the series before it resumes Friday night.

Only one team has ever come back from a 3-1 deficit to win the NBA Finals: the 2016 Cleveland Cavaliers, who rallied to defeat Golden State. LeBron James was part of that series, and he is a part of this series, too. But if the Lakers win tonight, it’ll be James who holds that commanding 3-1 edge.

The turnover factor was huge in Game 3. Miami scored 21 points off those 19 L.A. turnovers Sunday, and the Heat’s 12 miscues were a series-high after they had only nine in each of the first two games. James himself was responsible for eight of those Laker turnovers, 10 of which came in the first quarter.

He rarely has two sub-par games in a row, so the expectation tonight is that he will play better -- but will Anthony Davis?

Davis had as many turnovers (5) as rebounds in Game 3 after being a behemoth in the first two games; 34 points, nine rebounds and three blocks in Game 1, then 32 points and 14 rebounds in Game 2. He was only 6-for-9 in Game 3 as Miami’s defensive adjustments worked, and there is now a national debate over who, exactly, is the second-best player in this series: Davis or Jimmy Effin' Butler?

Davis was a force in the first two playoff series for the Lakers, averaging 29.8 points and 9.4 rebounds in the first round against Portland, then 25.4 points and 12.4 rebounds in the second round vs. Houston. But against Denver, he reached double figures in rebounds only once in five games, and although he has not missed a free throw in the finals (13-for-13), he took only one in Game 2 and two in Game 3.

“I think they did a good job of trying to keep me off the offensive glass. That's an energy and effort thing,” Davis said Tuesday, acknowledging that he played tentatively. “Being in foul trouble, sometimes you go in there and you get called for an offensive foul over the back or whatever the case may be, so I just didn't want to pick up any more stupid fouls. I think I had three stupid fouls last night that could have been prevented. But I didn't want to go in and create another foul on myself and then I had five or four, whatever the case may be and I had to sit on the bench again.”

Bam Adebayo is expected to be back for the Heat after missing Game 2 and Game 3, the only games he has missed since coming to the NBA out of Kentucky in 2017 as the No. 14 pick of the draft. He is dealing with neck soreness, and Miami’s doctors have exercised an abundance of caution in holding him out.

“Crazy fact, I've only missed one game since my rookie season. I don't like missing games. If you're wondering if I'm really injured, then there you go, because I've only missed one game," Adebayo said. “I've played through bruises. I've played through getting beat up. It's one of those things where it's like, I make it to my first Finals and it's like, bro -- we dream of things like that. It's been difficult for me mentally because it hurts me that I can't be out there and help my team.”

Tonight, the Heat are 7.5-point underdogs as respect from the oddsmakers continues to elude them. But they got to the Finals with the same 12-3 record that the Lakers had over the first three rounds, and the Finals are a marathon, not a sprint. That being said, the stakes are tremendously higher for the Heat than for the Lakers.

Los Angeles has a cushion. Miami does not. If things go the Heat’s way tonight, it’s a best-of-three with everyone having 72 hours to get ready for Game 5.

For now, the Lakers are still in the driver’s seat. By this time tomorrow, we’ll all have a better handle on whether a Lakers win is an inevitablility or a possibility.

“How do you keep an edge, you know, what we're trying to get accomplished is the toughest thing you attempt to do as a professional. It's as hard as hell. Our guys have seen that,” Miami head coach Erik Spoelstra said. “Throughout the playoffs, but in particular in this series, just to grind out and be able to get that win was extremely challenging and tough. You can expect it to be even tougher the next game.

"That's what the playoffs are about, taking on big challenges. Our guys are really competitive. I know they'll be looking forward to tomorrow night.”