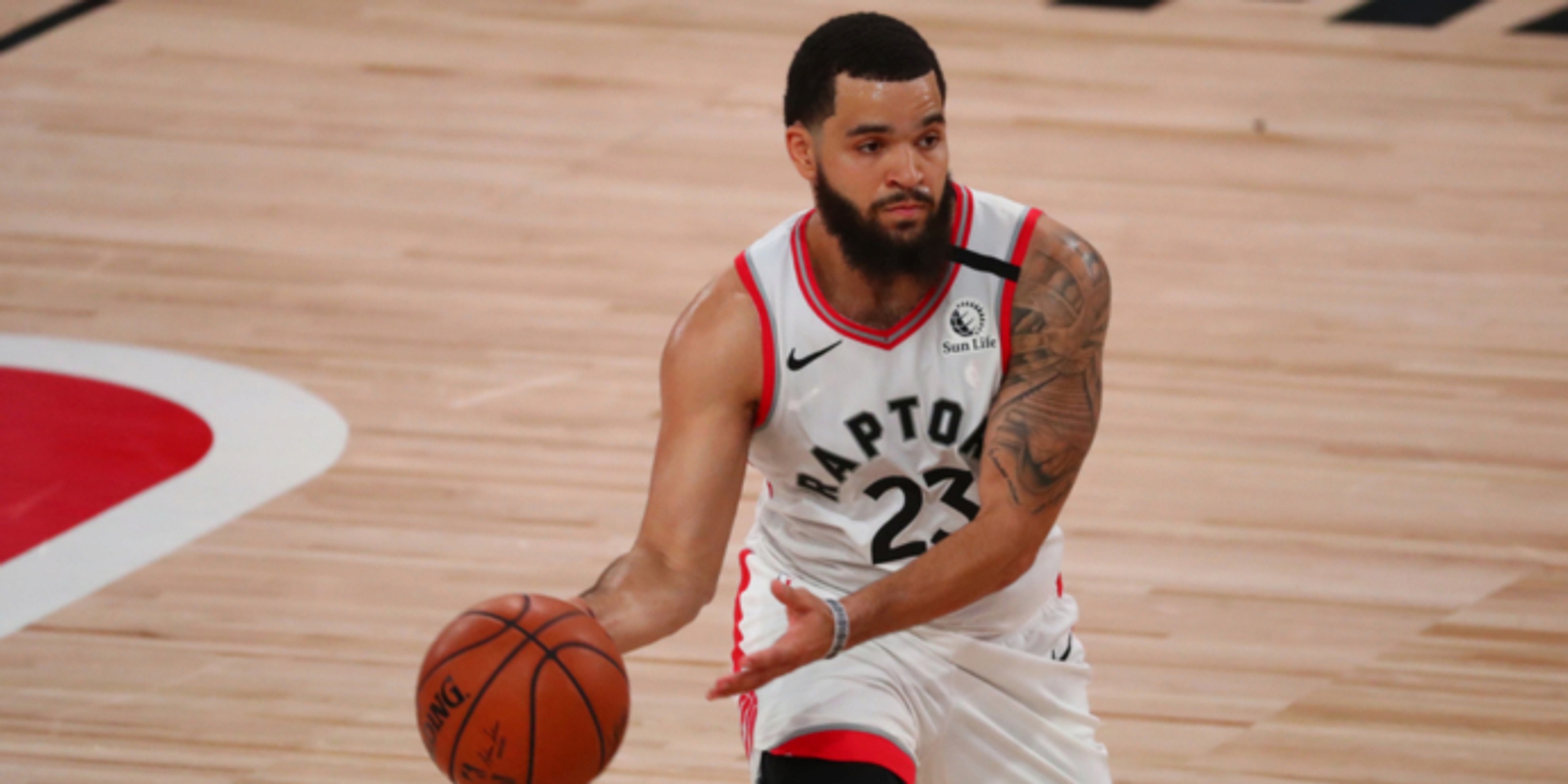 "Limbo" and "Lakers" were the words of the day as the sun came up Saturday following an eventful Friday night that saw the Los Angeles Lakers, New Orleans Pelicans, Utah Jazz and Atlanta Hawks get a whole lot stronger.

The Toronto Raptors, New York Knicks, Boston Celtics and Indiana Pacers are the teams in the biggest states of limbo. With Gordon Hayward’s situation unresolved, and the same thing happening with Serge Ibaka, Bogdan Bogdanovic, dozens of other unrestricted free agents will be scrambling for deals today before the teams will use all of their significant cap space up.

The defending champions may have pulled off the stunner of the night by agreeing to terms with Montrezl Harrell of the Clippers, who will replace Dwight Howard on a Lakers team that is going through some roster turnover despite last season’s success. They still have unanswered questions about who will comprise their backcourt, but their weakest position last season is a whole lot stronger.

Toronto (or should we call them Tampa?) has reportedly agreed to a four-year, $85 million deal with VanVleet, who was considered the best available point guard on the market. With VanVleet spurning the Knicks and deciding to return to the team that drafted him, New York will have a whole lot of money without anyone to spend it on...unless Gordon Hayward cannot get to his preferred destination, Indiana.

We still have the James Harden and Russell Westbrook situations in limbo to look forward to, but the Rockets are in no hurry to accommodate either of their trade desires. For now, Houston still looks like a playoff team, but the 2020-21 season does not begin for another 31 days, so a whole bunch of stuff can still happen before opening night.

For now, we know that New Orleans will have a much better center flanking Zion Williamson after acquiring Steven Adams from the Oklahoma City Thunder for...you guessed it, draft picks. This will be an expansion of the Bucks-Pelicans deal that is sending Jrue Holiday to Milwaukee, and there are moving parts that will be agreed upon over the course of the next day or so.

The Bucks’ pursuit of Bogdan Bogdanovic is over, and we will soon learn whether the Serbian made the right move in turning down $60 million over the next four years and the opportunity to play alongside Holiday, Giannis Antetokounmpo and Brook Lopez.

Utah reunited with glue guy Derrick Favors, who is leaving the Pelicans, while also re-signing Jordan Clarkson. Atlanta added Danilo Gallinari and Kris Dunn, and still has cap space remaining to add another top-notch player to the core of Trae Young, John Collins and Clint Capela. I have been hearing all week that Rajon Rondo is a strong candidate for the Hawks to back up Young and be a mentor for the 22-year-old. Lest we forget, Rondo was arguably the second-best player for the Lakers when they defeated Miami 4-2 in the NBA Finals.

In a somewhat stunning move, the Pistons signed Denver’s Jerami Grant for three years and $60 million, taking away a key piece of Denver’s core. He will be replaced by JaMychal Green, who left the Clippers for Denver.

Brooklyn also is emerging as a winner, having retained Joe Harris while also adding Bruce Brown from the Pistons and Landry Shamet from the Clippers. There are reports that Kevin Durant is recruiting Ibaka, which would give the Nets another center/power forward to play alongside Jarrett Allen and DeAndre Jordan.

The Nets’ crosstown rivals have added Alec Burks, but the Knicks begin the day wondering whether this free-agency window will look a lot like the last free agency window when Durant and Kyrie Irving both spurned them.  But Leon Rose and William Wesley are the new management team, and both are brilliant executives who know that free agency plays out on an hour-by-hour basis. If the Celtics and Pacers cannot agree to terms on a deal that would land Hayward in Indiana, New York is waiting.

So the player to watch most closely over the course of the day today was VanVleet, who colleague Spencer Davies had ranked as the No. 3 free agent on the market behind Anthony Davis (making the Lakers wait) and Brandon Ingram (restricted), before he re-upped with the Raptors.

Of Davies’ Top 10, No. 4 Harrell (Lakers), No. 7 Gallinari (Hawks), No. 8 Goran Dragic (resigning with Miami) and No. 10 Bertans (re-signing with Washington) are off the board. Ibaka (No. 5), Hayward (No. 6) and Bogdanovic (No. 9) are still out there, along with Ingram. But Ingram and Bogdanovic are restricted, meaning their current teams would have 48 hours to match any offer sheet they sign.

Going position-by-position in Davies’ rankings, the players still out there are:

It should be an eventful Saturday, and by Sunday there will be clear winners and losers. The start of next week will leave some of the losers trying to figure out whether any trades are out there to salvage their offseason, and by Tuesday we can all take a deep breath. Oh, and Trevor Ariza will probably be on his fourth team in a week.