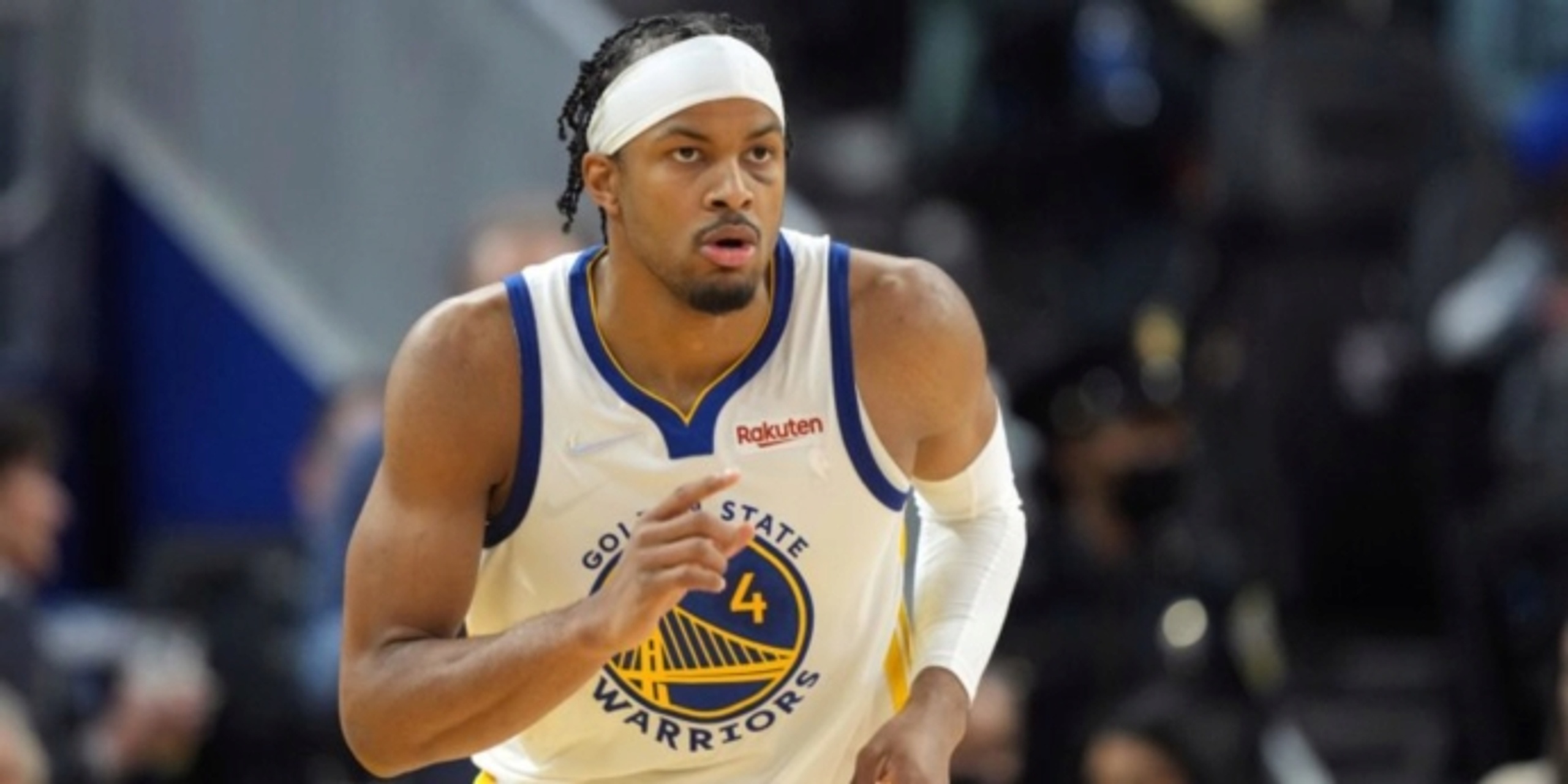 Moses Moody: The last rookie standing in the 2022 NBA Playoffs

Here’s a bit of trivia for you: Which rookie from this stacked 2021 NBA Draft class has played the most minutes in the Conference Finals?

Considering most of the top rookies didn't advance very far, surely the answer has to be the Golden State Warriors' heralded No. 7 overall pick, Jonathan Kuminga — the same player who earlier this postseason was the youngest rookie to start a playoff game since 1971, right?

The answer, with an impactful 64 minutes played over the course of five games, is none other than Golden State’s other rookie: the No. 14 overall pick Moses Moody.

Our story begins in the fourth quarter of Game 1 of the Western Conference Finals, where a 104-76 score prompted both the Golden State and Dallas coaches to empty their benches for the home stretch of the blowout series opener.

In response, Reggie Miller on the call proclaimed: “I have a sneaky feeling. I think these minutes are going to be important for [Nemanja] Bjelica and Kuminga because, at some point, those two guys are going to have to play significant minutes in this series.”

Unbeknownst to him, he made a glaring omission in his statement; the player who really needed these repetitions was Moody. And during that seemingly meaningless stretch, Moody flashed two features that would prove useful to Golden State later in the series — his play-finishing and defensive versatility.

Nowadays, NBA offenses are so prolific that even the most venerable defenses can’t eliminate every piece on the board. This leads to teams having to strategically concede certain shots in order to hone-in on the player(s) they deem the most dangerous (see the Milwaukee Bucks' defense vs. the Boston Celtics in Round 2).

When you’re going up against the Warriors, the Splash Trio receives the highest priority, and these standards lead to open looks for the group’s least esoteric marksman.

As of this moment, Moody falls under this designation. And to his credit, he did an excellent job of burning the Mavericks for their negligence in defending him, draining 50% of his triples (albeit in a miniature sample size).

Cutting and movement rule the day in Golden State's perpetual motion offensive system. Moody got the memo, and he did a great job of knowing when it was appropriate to shag back and maintain his spacing on the perimeter, and when it was time to fill the lane and shake the Golden Gate bridge with a seismic eruption at the rim.

As Seth Partnow noted in his recent book, "The Midrange Theory," versatility is the key to playoff success — the ol' Carlos Boozer and Robert Horry paradigm.

This maxim reigns especially true in defense, where we’ve already seen multiple playoff runs abbreviated due to a lack of scheme versatility. (I hope the folks in Utah are doing well on this fine Friday afternoon.)

Moody was far from the anchor out there, but the Warriors’ defense stayed afloat during his minutes, partially because of his ability to wear multiple hats on that end of the floor.

We’ll start with his off-ball work and this snag-tastic reception:

Along with that reception, Moody deflected two additional passes in that very same quarter, prompting Warriors writer Marcus Thompson to cite Moody’s contributions as an integral part of the team’s Game 4 comeback.

Despite only authoring 2 steals the entire series, spurts like the one he demonstrated in Game 4 leave room for potential growth into a future defensive playmaker.

Moody also did surprisingly well navigating the 2.9 spot as a low-man. He was well attuned to his positioning, consistently swaying in and out of the paint to avoid garnering a three-second call, while also timing his re-entries in a manner that enabled him to wall off forays at the rim when the moment presented itself.

Lastly, Moody even showed some chops as a man defender. On this play, he manages to stay attached to Jalen Brunson amid Jordan Poole’s hedge endeavor, and then mirrors his movements before hindering his attempt at the rim.

Moody’s point-of-attack prowess is more apparent when you understand the amount of leeway he was granted within the Warriors’ scheme. In my recent article on this series, I looked into how Golden State has specific principles for Luka Doncic ball screens. Well, Moody was one of the few players given the green light to switch onto him immediately.

He was also empowered by Steve Kerr to captain the ship of the Warriors' revered Box-and-1 alignment a few times during the third quarter of Game 3. And Moody even got the chance to moonlight as the team’s defensive coordinator, calling for a zone formation on defense at one point in Game 4. (For the Warriors, you can tell it's a zone when the signal-caller executes a raised double fist).

To conclude our tale, let’s take a gander at Moody’s best two-way sequence of the series, where he blocks Doncic and then proceeds to commandeer free-throw attempts at the other end of the floor. A perfect encapsulation of his imprint on this series.

In a class as talent-laden and promising as the 2021 draft pool, who would have guessed that the player picked last in the lottery would be the last rookie standing.