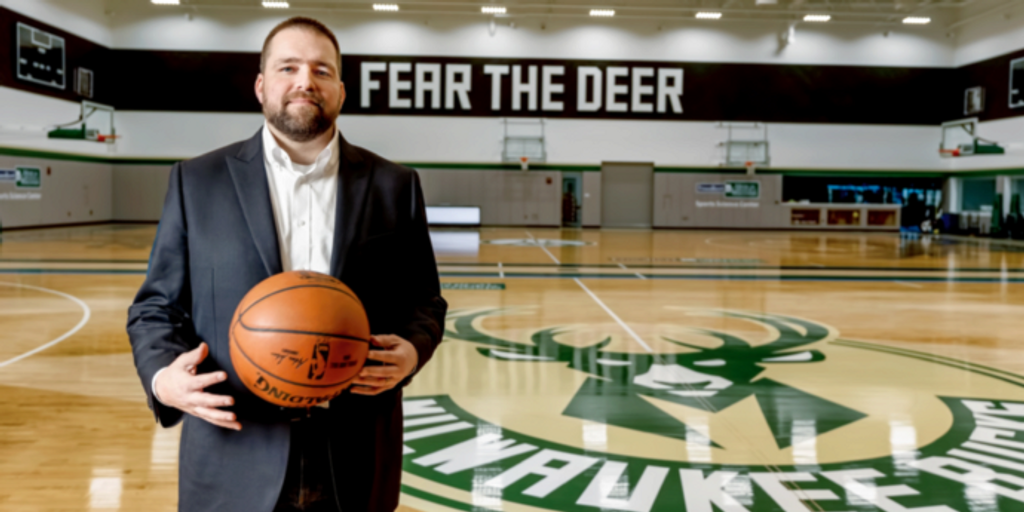 Seth Partnow Q&A: A sit down with the author of “The Midrange Theory”

At the tail end of 2021, the former director of basketball research for the Milwaukee Bucks and current NBA writer for The Athletic released his new book “The Midrange Theory." The book received rave reviews from the likes of Zach Lowe, Chris Herring, Ben Falk, Ben Taylor and even Daryl Morey, making it safe to say that Partnow’s recent addition to the field of basketball analytics has been a massive success.

To talk about his book and the current and future state of NBA basketball and analytics, BasketballNews.com caught up with the brains behind this 270-page masterpiece, Seth Partnow.

Throughout the book, you make multiple references to Dean Oliver and his book Basketball on Paper. How well do you think his work in that project holds up with the state of basketball analytics today? And how much do you recommend it to younger people just dipping their toes into the field?

Seth Partnow: "It’s funny, when I went back and reread Basketball on Paper as part of the research for my book, I was shocked by how short the sections on the Four Factors were. In terms of things directly applicable to modern research, those concepts remain the most relevant, largely because many of the other topics in the book are trying to solve questions in more roundabout ways than we need to today, given the broader availability of more granular data. I should also add that Dean wrote extensively about the implications and applications of the Four Factors elsewhere, and a little bit of Google magic can probably unearth some of those, which I think are well worth reading."

"As for BoP itself, I definitely think it’s worth reading as much for the insight into the analytical mindset and how to define the questions being asked. I’m not sure I would recommend it as the first thing for people just dipping their toes in to read, especially those without a decent amount of familiarity with the primary concepts of formal statistics. I tried to address the lack of a real 'intro to basketball analytics' book in the appendix to 'The Midrange Theory,' but I would say even that assumes a certain degree of statistical literacy — which, depending on what you mean by 'younger people,' could be too much to expect given the degree to which stats is underemphasized in secondary education at least in the US."

Towards the end of Chapter 4, you mention that it’s better for overall spacing if below-average shooters pull the trigger on open looks rather than avoid shooting them all together. Do you feel such a prescription is applicable for a player like Ben Simmons? Or is he too far below the threshold of a below-average shooter?

Partnow: "There isn’t a magical line at which a player is an effective spacer through sheer volume, as it’s as much about defensive perception as anything else. In practice, as long as a player is in the low 30s overall and the mid-30s [percentage] on catch-and-shoot threes, their willingness to shoot will greatly influence the amount of defense attention they draw. Below that fairly low accuracy bar, they will more likely get the “he’s with us” treatment of defenders conceding and even encouraging those attempts until they make a few in a row."

You dedicate nearly an entire chapter of the book towards discussing Plus/Minus data and make multiple references to Regularized Adjusted Plus/Minus (RAPM). Are there any other publicly-available one-number metrics that you find to be beneficial tools of analysis?

Partnow: "I think the entire alphabet soup of RAPM-inspired metrics can be useful, but they require an understanding of what they are and are not measuring. That’s the easiest to explain in relatively non-technical terms of vanilla RAPM, which doesn’t have a ton going on underneath the hood. The more successful extensions of the methodology, such as “Estimated Plus/Minus,” incorporate box score and other more traditional production measures to refine the outputs of base RAPM. But as you start adding ingredients to the recipe, I think greater care, expertise and experience are needed to properly interpret the results."

"There are also non-RAPM models, which I think are extremely useful. Kostya Medvedovsky’s DARKO, for example, is much more box score-based. Kostya does some clever things with how he weights production by recency to help pick up on changes in player skill level earlier than might otherwise be possible. It’s hard to find in public now that he’s been snapped up by the Wizards, but Player Impact Plus/Minus created by Jacob Goldstein can give some RAPM-like insight into player impact across smaller samples which can be especially relevant (though with a big “handle with care” sticker) to evaluating playoff performance."

The problems with Bird Rights get brought up in your discussion about the NBA salary cap. Do you think there is a reasonable alternative the league can create to combat this conundrum, or is it a necessary evil to ensure teams have a means of keeping their core group together?

Partnow: "Ben Falk (proprietor of Cleaning the Glass and former head of analytics for the Blazers and 76ers) has told me that he often annoyed the GMs he worked for by answering many questions with one of his own: “what are we solving for here?” I think Ben’s query applies here. Are we trying to help teams stay together because we think it helps drive fan interest in commitment? Are we trying to protect teams from themselves in terms of how deep a hole any one management group can dig, a la the Stepien Rule? Essentially, what’s the problem we are trying to solve, or is the system working as intended? I think that’s a bigger question than we have time for here, but I think the present system broadly works, though it would work better if teams didn’t tend to be quite as status quo-biased as they often prove to be."

Given the cyclical nature of trends and how many great big men passers we now have in the NBA, do you see the game ever returning to the post-up heavy one of the 90s and 2000s?

Partnow: "I don’t think we’re likely to see a return to a game with a lot of static, clear out a side and dump it into the big guy post-ups, at least not without substantial rule changes. I covered this in the book, but the switch from the old illegal defense rule to today’s defensive 3-seconds rule makes playing out of a stationary post-up player a lot more challenging than it used to be."

"What we might see is offenses based around facilitating out of quicker, movement-based post-ups. As my fellow Milwaukeean Eric Nehm has often noted, I love a good duck-in where a player receives the ball in a post-up position off of quick, possibly random movement. The increased vision and skill level of modern bigs will allow them to take advantage of defenses reacting to such an unexpected threat. But that strikes me as an approach that will end up looking a lot more like some of the dribble handoff heavy stuff teams like Denver and (when Bam Adebayo is healthy) Miami like to run, than it would Shaq planting himself on the block and sticking a hand in the air to receive the ball in the 90s and early 2000s."

In the chapter comparing playoff and regular season strategy (great Carlos Boozer shoutout, by the way), you talk about how, in order to neutralize All-Star players, teams normally devise multiple plans for stopping them (“Plans A, B, and C”). Can you give us an example of how this works in practice from a time during your tenure with the Bucks?

Partnow: "I don’t think I can give a specific example. But there were numerous situations where you go into a series not wanting to have to double team a given player or on a certain action, so plan A might be to defend it straight up until that proves untenable. Plan B might be double-teaming immediately, but then if the opposition is consistently able to pass out of the double to good looks, Plan C might be doing some kind of scramble early in a possession to keep the offense from even getting to the action causing all the problems."

"The best teams and players will be able to choose the correct option depending on which plan the defense is executing. But the players without a variety of skills or the teams which play by rote won’t be able to adjust, and those are the ones that will often struggle in the playoffs as the opposition finds out their weak points."

Partnow: "In practice, the combination of anchoring and optimism biases make comps more likely to mislead than to enlighten, in my opinion. Sure, you can give a range of outcomes, but how many people will look past the top line? I understand the desire to simplify with a quick comp, because you consider a whole lot of guys in any one draft class, but the shortcut ends up short-circuiting the evaluation rather than simply saving time."

Coming into this book, I’ve always felt a sense of existential dread in the back of my mind about the possibility that basketball analytics may reach a level that data will no longer require analysts for interpretation. To your credit, you do a great job throughout the book of highlighting the importance of humans in this process; what other comforting advice would you give to someone who shares this feeling of the future?

Partnow: "We would have to improve our understanding of the game by multiple orders of magnitude for truly useful 'automated analysis' to be a worry. During one offseason during my tenure with the Bucks, the analytics group got together and brainstormed all the things we would need to know from a statistical point of view to feel we had 'solved' basketball — things from perimeter defensive skill, to movement shooting, to lineup synergies and so on. We ended up with around 70 post-its up on the board. We figured about three of them were already solved. Another five or six were close. Of the remaining 60-plus, we couldn’t even imagine how we would go about addressing more than half of the concepts. So I would say there is still an immense amount to learn."

Wow. What great responses from Seth. I feel even smarter than I felt after I read through his book (and I felt brilliant after that!). If you enjoyed this conversation and want to hear more from Seth, be sure to buy his book "The Midrange Theory," available now.