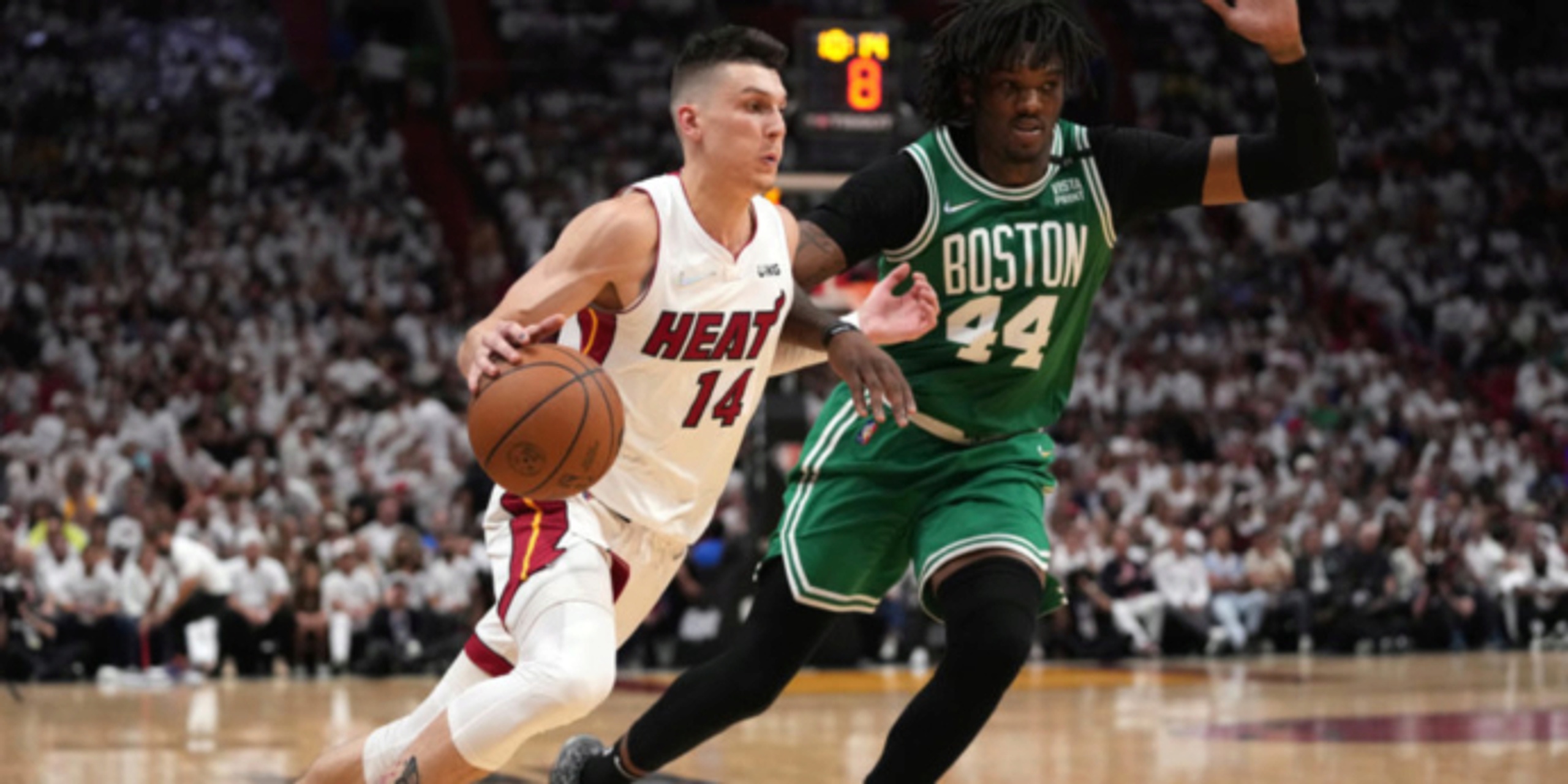 Erik Spoelstra confirmed to reporters that Tyler Herro is officially out tonight for Game 6.

Tyler Herro is officially out tonight, per Erik Spoelstra.

ANALYSIS: Not having Tyler Herro in the most important game of the season is going to hurt Miami. Herro has not been good in this series, averaging 12.3 points on 39.6 shooting from the field, but he is a shot creator on a team that is desperate for shot creation right now. Even if he's not hitting his shots, opponents treat him like a threat. Not having makes Miami's offense much less dynamic.