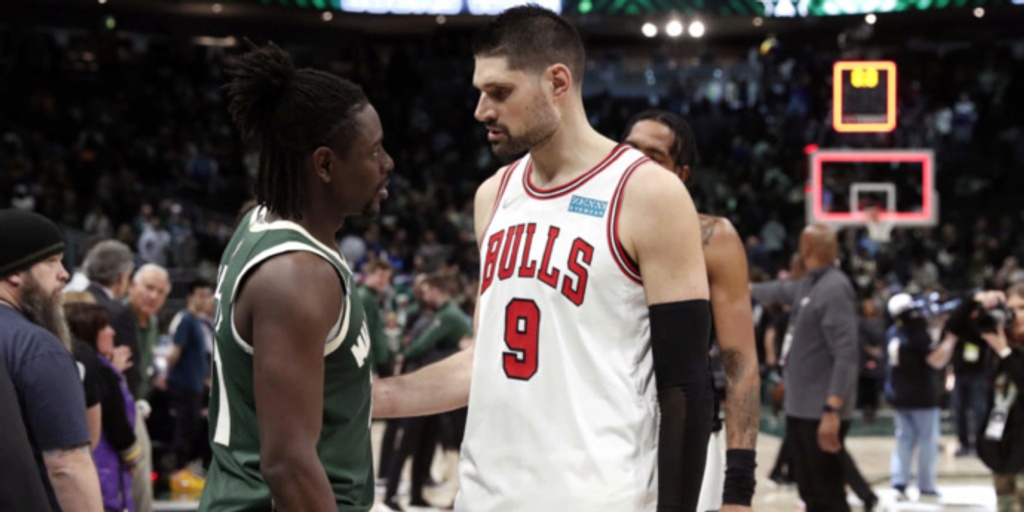 The NBA Playoffs and the art of concessions

For those who don't know, when I am not living the dream as an NBA writer at BasketballNews.com, I moonlight as a law school student at the venerable Michigan State University. (Sidebar: That’s also where I got my undergraduate degree. We bleed green for life here, folks).

Over my first year of law school, I like to think I learned a thing or two. However, the bit of information I will rely upon the most as I continue my journey as an analyst is my experience with the argumentative technique of concessions.

Before we continue, a quick vocabulary lesson: The term concessions, as it pertains to argumentative literature, means: In legal situations, seldomly does one come across a fact pattern that 100% favors their client. There’s almost always some small piece that they end up having to heed to their opponent. But that doesn’t mean they lose because, in the law, you don’t need a bulletproof case to win. You just need to present enough evidence to meet the standard of review necessary for victory in that jurisdiction.

In many ways, the NBA playoffs are like a legal argument. In order to advance, you don’t need to best your adversary in every singular component of the game. You just need to beat them four times in a best-of-seven series.

Such conditions open the door to the possibility of concessions. In the NBA, teams are too damn good for one team to completely stymie all their sources of income, so teams need to strategically pick and choose which aspects they will hone in on stopping and what aspects they are willing to concede.

To further paint this illustration in your mind, let’s go over some overarching examples of concessions in this year’s playoffs.

No Middle For You

After DeMar DeRozan decided it was time to stop playing Mr. Nice Guy and lit the Bucks up for 41 points in Game 2 of the first round, Milwaukee decided it was not going to let him get two feet in the paint anymore.

So, the Bucks chose to turn to ICE pick and roll coverage on ballscreens featuring DeRozan and his co-star teammate, Zach LaVine.

The hallmark feature of this alignment is that the point-of-attack defender forces the ball-handler to reject the screen and lures them towards the sideline, in the process hindering their quest for the interior.

Defensive mastermind Tom Thibodeau is often credited with popularizing this configuration, but the coverage does come with an inherent fatal flaw.

You’ll notice in the above plays that the player defending the screener has to sink back into a drop position, which helps protect the interior. But it leaves them vulnerable if the screener decides to pop out for a three-pointer.

The Bucks knew such a shot was a necessary evil in order to execute their gameplan, so they decided to concede this shot to the Bulls’ most prominent screener, Nikola Vucevic.

To his credit, Vucevic has developed into a pretty solid outside shooter over the last couple of years, but this season he regressed to a 32.6% conversion rate on wide-open attempts.

The Bucks were willing to surrender these open looks to Vucevic over having DeRozan and LaVine knife their way into the paint. They did the “Yeah, but” thing. Yeah, you’re going to get open threes with Vucevic, but your two best players won’t be able to collapse our defense with drives to the paint. Ultimately, this argument worked for Milwaukee, as they held the Bulls to a 91.1 offensive rating over the final three games of the series. For reference, the 1964 Boston Celtics posted a 90.9 offensive rating.

We’ve also seen Dallas turn to this defensive philosophy a little more against Phoenix, and it’s contributed to their ability to claw their way back into that series.

Can’t Do it Alone

Although the sample size is small, Nikola Jokic experienced a dip in his usual assist rate and an increase in his field-goal attempts from the regular season to the playoffs.

This change is a byproduct of the Warriors' decision to concede Jokic’s individual scoring brilliance in order to mitigate the value of his playmaking.

Golden State did this by playing him straight up in most instances and largely avoiding sending a second defender to dig or stunt at the ball until they were certain he had built up the conviction to score.

This (and Draymond’s prodigious defensive abilities) helped the Warriors limit the amount of double team, kickout, swing, swing power play sequences and forced his motley crew supporting cast to create advantages for themselves. Of course, the Nuggets couldn’t manage to do this, and the jury reached a 4-to-1 verdict in favor of the Warriors.

There are plenty of times when an opponent miscalculates the depth of their opponent's powers and lets the wrong person burn them.

For instance, the Minnesota Timberwolves opted to hedge/blitz ballscreens captained by Ja Morant, which means after the low man rotates over, they were conceding the weakside corner skip pass (please click this hyperlink, Manu is so cool, man).

In these spots, Coach Taylor Jenkins was wise to make sure that the person waiting in that corner was none other than Desmon Bane.

Bane eviscerated the Timberwolves to the tune of 23.5 points on 67.3% True Shooting, and in the end, many cite his contributions as one of the main reasons Minnesota couldn’t pull off the Cinderella upset against Memphis.

In this round, the Grizzlies’ prerogative over the first three games of the series was to try and limit the Warriors' perimeter opportunities, which led to them getting absolutely throttled in the points in the paint battle.

Meanwhile, the Bucks’ decision to concede relatively open catch-and-shoot threes in order to let Brook Lopez and Giannis Antetokounmpo protect the paint led to the Celtics torching them from downtown in Game 2 (shooting 46.5% from three). This shooting forced the Bucks to switch from allowing more open catch-and-shoot threes to them forfeiting over more lightly-contested pull-ups (which the Celtics also figured out how to exploit in Game 5, but that’s for a different article).

As we continue to project the outcomes of playoff series until we move to Mars (I am shagging back on Earth if that happens), it’s important that we stop and ask ourselves a few questions: What is each team willing to concede to the other? What are the consequences that come with these concessions? And, most importantly, can they endure these consequences and put together a strong enough counterargument to warrant progressing to the next round?

Huh. Maybe law school isn’t so bad after all.