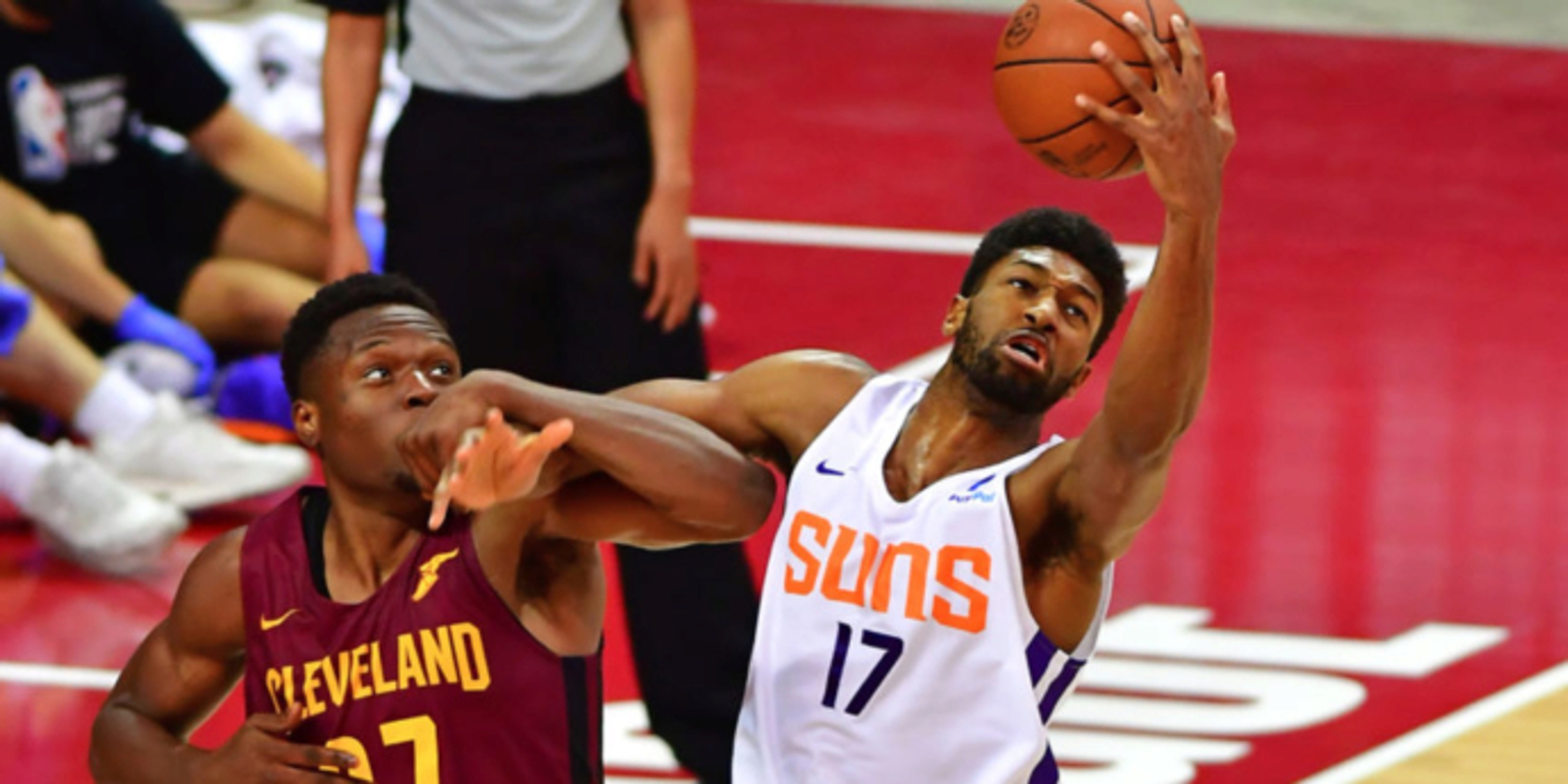 Studs and duds from the ninth day of NBA Summer League

Over half of the NBA played its final summer league contest on Monday.

Though many games were missing top prospects as franchises prioritized risk management, viewers who tuned in still witnessed some exciting matchups. In many cases, perceived NBA longshots got their chances to break out and many made the most of the opportunity.

With just one more afternoon remaining on the schedule, here are my observations from Day 9:

Boston Jr. thoroughly impressed me with his second half. The former five-star high school recruit attacked the basket with strength well beyond his wiry frame. Boston Jr. was unafraid of contact and didn't hesitate to fire away from deep – both areas of emphasis for him as a prospect. He took over in the later stages and helped the Clippers keep a high-scoring game competitive.

Toss in some promising defensive possessions as well, and you have a tantalizing effort from a player with one of the highest upsides among second-round picks. It's a good way to end a promising summer league showing all-around by Boston Jr.

Luka Garza showed out tonight in the Summer League 🔥

In case you were wondering, his ROY odds are 150-1 👀 pic.twitter.com/uMWEKea9ea

Detroit signed Garza to a two-way contract today. The Naismith Player of the Year is certainly earning that opportunity with his summer-league showcase. Garza went to work on the interior, corralling four offensive rebounds and finishing strong at the rim. He also canned two three-pointers, flashed a mid-range stepback, and made smart passes out of the high post. Garza was clearly gassed by the fourth quarter and his mobility is still a major question mark. But he did show a few bankable skills in this outing.

🇨🇦🍁Kyle Alexander with the chase down swat. 🛑

What a phenomenal game from Alexander, who joins the Suns' summer league squad after spending the 2020-21 season overseas in the Spanish ACB league. The 24-year-old center was a menace as a roller, outmuscling a physical opponent in Mfiondu Kabengele.

Alexander registered a killer chasedown block (shown above) and was an active presence throughout the close game. Phoenix is assessing its options for reserve bigs behind Deandre Ayton, and while Alexander is likely low on the totem pole, this effort surely opened some eyes.

Isaiah Jackson... wow. Blocks a 3, runs out for a dunk, then switches on to Corey Kispert and blocks his attack. Wonderful defense from the 22nd overall pick all summer league long: pic.twitter.com/tuclmlTFIi

Jackson tied the summer-league record for blocked shots in a single game, and he did so in just under 21 minutes of action. The athletic big man was a one-man wrecking crew on the defensive end. He guarded on the perimeter and swatted attempts from Corey Kispert, and then battled inside and neutralized screen actions.

Offensively, Jackson didn't have his shot falling today. But he got open consistently on the perimeter and as a roll man. The No. 22 pick made quality passes out of the high post to corner shooters as well.

The No. 25 overall pick appeared to teleport all around the half-court for the Knicks in their 105-94 rout of Atlanta. Grimes knocked in three-pointers off the catch and off pull-ups, and he did a better job attacking as a cutter as well. Those three assists don't accurately state his impact as a passer, either. Grimes is more than a connector for New York; he can operate as a playmaker off the dribble in short spurts. This was a really fun offensive game overall.

Washington went a blizzard-like 7-for-34 from beyond the arc in Monday's loss to the Pacers. But Kispert specifically struggled because he could not gain enough separation for open looks. The first-round pick had multiple shots blocked and had to get his attempts up through some significant contests. In fairness to Kispert, having to play creator without a lead scorer to draw defenses isn't his strength and won't be his role in the NBA. It's hard to run complex plays for Kispert off the ball with limited time in Las Vegas.

Kabengele was the opposing force against Kyle Alexander's breakout game, and while he certainly battled, he ultimately came out on the wrong end. He struggled to beat Alexander inside and settled for tough face-ups in the latter stages. Alexander also destroyed in the pick-and-roll, although that was partially due to a lack of weak-side help. Kabengele still played with good physicality, had a double-double and made six of seven free throws.

This was a "dud" performance incarnate. Quickley just couldn't buy a bucket for most of the afternoon, though he did settle for a few too many long perimeter heaves. But the second-year star continued to demonstrate improvement as a passer with dishes such as this. There's no reason to draw any meaningful takeaway from this game – it was just a sour ending to an otherwise dominant summer league.

Cooper had a tough time handling the constant pressure from Miles McBride and the rest of the Knicks defense. The rookie point guard also did not have his lob mate in Jalen Johnson, who was held out of the final contest. Cooper continues to show a somewhat awkward step-back that didn't fall on Monday, and he also was challenged frequently on his way to the rim. Without consistent rolling rim pressure, the second-round selection had fewer chances to highlight his passing wizardry.