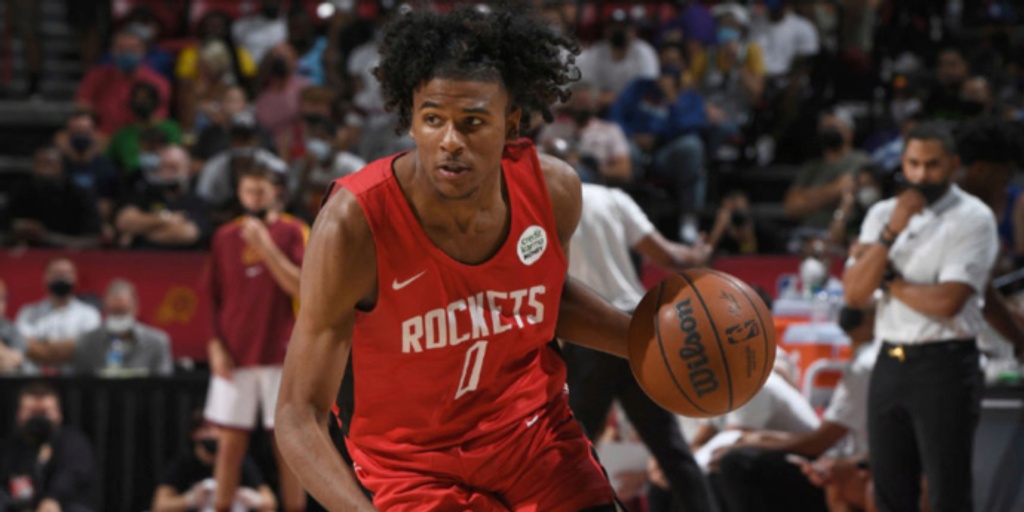 Jalen Green: 'I wanted to be No. 1 pick, but didn't want to be in Detroit'

Jalen Green, who spent last season with the G League Ignite, worked out for only two teams prior to the draft: Houston and Detroit.

“I wanted to be the No. 1 pick, but as for the location, I didn't want to be in Detroit,” Green told Yahoo Sports. “I felt a lot more comfortable in Houston. It felt like a real homey environment. With Detroit, it felt like I was just going back to the G League bubble, and I just got out of the bubble. That’s pretty much what it was."

ANALYSIS: Jalen Green has wasted no time making enemies in the league, as Pistons fans will certainly remember this statement when the Rockets make their lone visit to Detroit. The Pistons passed on Green for standout Oklahoma State guard Cade Cunningham with the No. 1 pick.

Green went on to say that, "In the [G League] bubble, I didn’t really have anything to do but just stay in the gym. I didn’t have any time to get away for myself. The only time I had to get away for myself was in my apartment. That’s what it felt like in Detroit. I wouldn’t be stepping outside in Detroit. There are not many things you can do in Detroit like that. You’re going to stay in the gym and then go back to your apartment."

The NBA is rumored to release the regular-season schedule for the 2021-22 season this week and I'm sure Detroit fans will have the date circled when Houston comes into town.