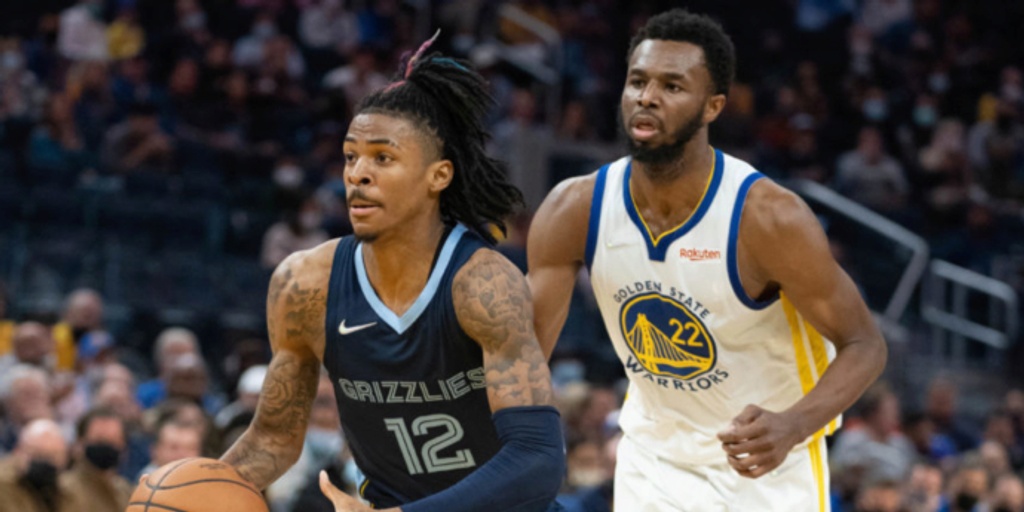 Just like old times, it will be LeBron James leading his team into battle at Rocket Mortgage Fieldhouse. But on Feb. 20 — just like last season — he’ll be doing it as a captain for the 2022 NBA All-Star Game.

For a change, though, James is joined in the league’s top class by two first-time All-Stars: Ja Morant of the Memphis Grizzlies and Andrew Wiggins of the Golden State Warriors.

On Thursday night, the league announced that for the second consecutive year, James and Kevin Durant were voted as captains of the league’s midseason classic.

Along with Morant and Wiggins, James will be joined by the league’s reigning MVP in Nikola Jokic, as well as Wiggins’ teammate, Stephen Curry. Out East, Durant will be joined by Joel Embiid, Giannis Antetokounmpo, Trae Young and DeMar DeRozan as starters.

Team LeBron and Team Durant will draft their respective teams on Feb. 10, one week after the All-Star reserves are announced.

The 2022 NBA All-Star Game will be the league’s 71st in history, and will continue one of the game’s great traditions as the league’s top stars will convene in Cleveland for the exhibition. Occurring during the league’s 75th anniversary season, All-Star Weekend is certain to be memorable, and that will especially be true for Morant and Wiggins, each of whom beat out established stars en route to making the first All-Star appearance of their careers.

For Morant specifically, he has put together an impressive 2021-22 season to the point where he managed to unseat Luka Doncic, who joined Curry as the other backcourt starter from the Western Conference last season.

Damian Lillard missing in action helped Morant’s cause as well, but thanks to an incredible first-half of the season, Morant has emerged as a legitimate MVP candidate and arguably deserves the honor more than any other guard in the league.

It’s understandable to not necessarily feel the same way about Wiggins.

Wiggins, who finished third among the West’s frontcourt players, narrowly edged out teammate Draymond Green for the honor, while Paul George, Rudy Gobert and Karl-Anthony Towns finished fifth, sixth and seventh, respectively. The Warriors have been one of the league’s top teams so far this season, and Wiggins has played a key role.

Of that group, Towns has put together the most impressive season; however, his Minnesota Timberwolves have hovered around .500 for much of the campaign. Also, the Timberwolves don’t enjoy the same level of popularity as the Warriors, as evidenced by the fact that Wiggins received more than two times as many fan votes as Towns (3.4 million to 1.6 million).

In the end, Wiggins finished third in the league’s weighted voting system with a score of 4.25, narrowly edging Green for the coveted third spot among the Western Conference’s front court players. Green finished with a weighted score of 4.75. Wiggins benefited greatly from the fan votes, as Green and Gobert had more media votes and player votes than him.

Edging out Towns probably gives Wiggins special satisfaction considering the Timberwolves traded Wiggins to the Warriors in exchange for D’Angelo Russell in 2020. He also now has bragging rights over Green.

The coaches from each conference will vote on the other 14 All-Stars, with each coach submitting a ballot consisting of two guards, three frontcourt players and two “wildcard” players who can be voted in regardless of their position.

Chris Paul and Devin Booker are bound to find themselves in the conversation along the likes of Gobert, Towns and Doncic in the Western Conference.

From the Eastern Conference, James Harden, Zach LaVine, LaMelo Ball, Darius Garland and Jayson Tatum will likely lead a crowded class of overachievers who hope to share the honor.

If nothing else, what we have learned from Morant and Wiggins’ improbable rise to All-Star starters this season is that the 2021-22 season — one unlike any in the history of the NBA — has created great opportunities for a wide variety of players.

As the league prepares for its midseason classic with hopes that the worst of the ongoing pandemic is behind it, as fans, we can all look toward Feb. 20 as an opportunity to simply enjoy the game, even if some of the league’s more popular stars — Paul George, Kawhi Leonard, Kyrie Irving and Damian Lillard, to name a few — aren’t participating as they normally would.