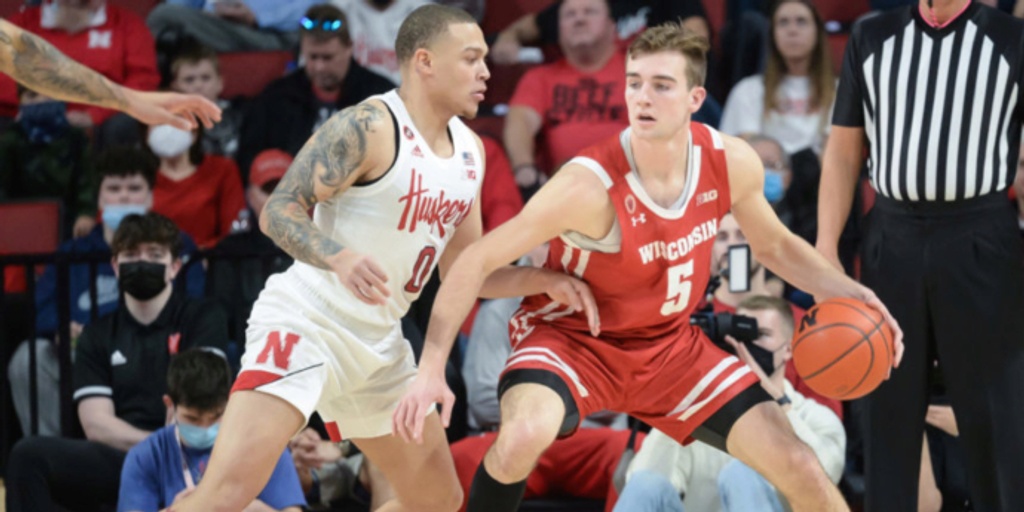 Entering this one, the Badgers (16-3, 7-2 Big Ten) had been getting it done. They had rattled off seven consecutive wins before falling to Michigan State at home. Sophomore guard Johnny Davis has positioned himself as a potential top-10 pick in this year’s NBA Draft by averaging 22.2 points, 7.4 rebounds, 2.6 assists and 1.4 steals per game — leading Wisconsin in each category.

While the Cornhuskers (6-13, 0-8 Big Ten) have had a rough year, McGowens has been a bright spot. He leads them in scoring at 15.7 points per game and continues to make his case as a one-and-done prospect in this coming year’s draft

The visiting Badgets took a 39-31 lead into the break after shooting 9 of 14 from behind the arc. They also got a big half from Davison, who had 17 points to lead all scorers. Senior guard Alonzo Verge Jr. led Nebraska at the break with 9 points on 4 of 8 from the floor. Freshman Chucky Hepburn also had 9 points for the Badgers, and Davis was held in check with 0 points.

The second half started with 5 quick Wisconsin points from Steven Crowl and a transition dunk from Ben Carlson. McGowens remained aggressive and was able to get to the free-throw line a couple of times, but the deficit still grew to 49-37 at the under-16 TV timeout. Nebraska would go scoreless for nearly five minutes until Verge had a nifty drive and finish to get back on the board.

A 9-0 run by the Huskers cut the lead to 57-48, forcing Wisconsin to take a timeout in hopes of killing momentum. McGowens would add another bucket before Davis answered with a pair of free throws after being fouled on a drive. The Badgers would hold tight to the lead from there for the victory.

Davis ended with 13 points, 9 rebounds, 2 assists and a steal. Hepburn and Crowl also played well for the visitors posting 13 points and 12 points respectively. Verge and Lat Mayen scored 11 points each for Nebraska.

The Huskers continue to struggle, now having lost 12 out of their last 13 contests. Their only win during this stretch was against Kennesaw State in December.

Nebraska will host Rutgers on Saturday.