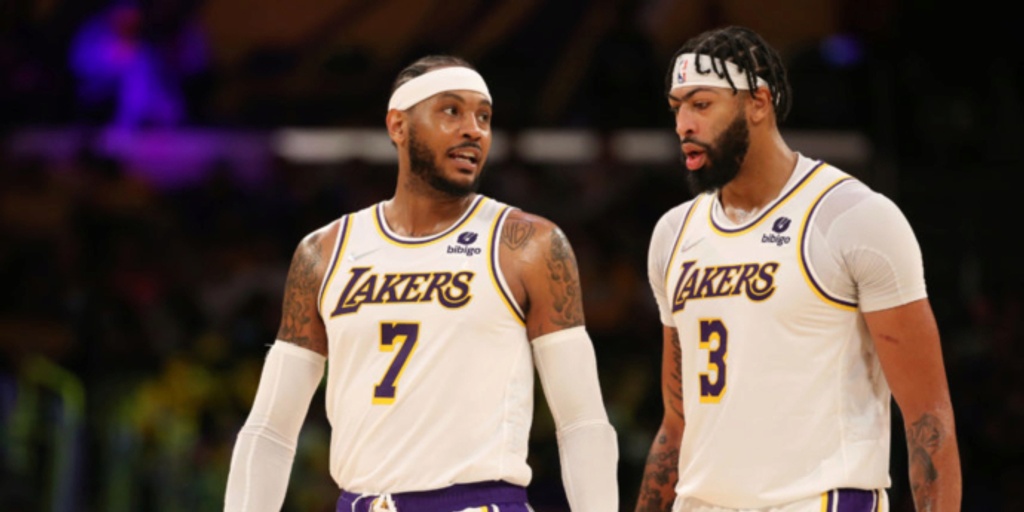 Who’s ready for another full week of betting on basketball? After a strong week hitting on nearly 65% of our picks against the spread, “Nothing But Bets” is ready to keep the upward trajectory rolling.

On Monday, we get another fun matchup in Cleveland as the Celtics face off against the Cavaliers once again. Last go-round, Cleveland pulled off a second-half comeback to secure the victory. Again, the Cavaliers enter this matchup as the underdogs. And once again, we’re hammering Cleveland in a similar spot. Cleveland is for real, and they are going to be competing for a play-in spot throughout the regular season. Give me the Cavaliers to cover the points in this spot, and tail this over/under power play on PrizePicks: Jayson Tatum over 26.5 points, Dennis Schroder over 17.5 points, Evan Mobley over 16.5 points, Jarrett Allen over 13.5 points, Allen over 10.5 rebounds.

This spread has climbed up a full two points since late last night, indicating a lot of sharp money is coming in on Washington. In this scenario, I totally would do the same. Washington completely outmatches New Orleans, who hasn’t proven anything away from the Bayou so far this season. The Wizards’ offseason retooling has worked out great, and their well-balanced rotation holds a significant advantage over the Pelicans. Hammer Washington to cover the 4.5-point spread and lock in this PrizePicks power play: Brandon Ingram over 20.5 points, Spencer Dinwiddie over 18.5 points, Kyle Kuzma over 17.5 points, Jonas Valanciunas over 0.5 threes.

The Athletic’s Shams Charania reports that Luke Walton’s head coaching seat is starting to get uncomfortably warm in Sacramento. The Kings continue to play way too inconsistently, which is a disappointing trend throughout the Walton era. In Detroit, I’m expecting another bad loss for the Kings, which could officially close the door entirely on Walton’s tenure in Sacramento. Yes, I’m going that bold here. Give me the Pistons to cover the spread thanks to a big breakout outing from No. 1 overall pick Cade Cunningham. On PrizePicks, I’m locking in this enticing over/under parlay: Jerami Grant over 19.5 points, Cunningham over 14.5 points, Cunningham over 3.5 assists, Saddiq Bey over 1.5 threes.

These are two teams who are so hard to figure out right now. Both are up-and-down on various nights, but the team with more momentum seems to be Indiana. Malcolm Brogdon has been so fun to watch this season, plus an aggressive version of Myles Turner is really helping the long-term picture alongside Domantas Sabonis. On the road, I’m actually rolling with Indiana to cover the spread at Madison Square Garden. The Pacers can be so inconsistent, but they seem to have found a groove recently. Hammer the underdog in this spot, plus the following power play on PrizePicks: Brogdon over 19.5 points, Turner over 12.5 points, Sabonis over 10 rebounds, Brogdon over 5.5 assists, Turner over 1.5 threes.

The Magic burned me over the weekend when I bet on them as a home underdog. This time around in Atlanta, I won’t be making the same mistake. Trae Young went off against Milwaukee on Sunday, and I think we see an encore performance tonight as well. Atlanta holds the advantage from every angle in this matchup, plus nobody on Orlando will be able to contain Young’s scoring abilities. Although the spread is above double-digits at -10.5, I feel comfortable betting on the Hawks to cover. On PrizePicks, I’m locking in the following over/under power play prop: Young over 25.5 points, John Collins over 15.5 points, Young over 8.5 assists, Young over 2.5 threes.

I’ve been waffling back-and-forth on this game because of the star power on both sides. It’s easy to envision a scenario where Nikola Jokic and Luka Doncic both go off simultaneously. However, even though Denver is missing Michael Porter Jr., I actually like the Nuggets to cover the 5.5-point spread on the road here. I’m on the idea that this is a super close game throughout, which makes the +5.5 option way too enticing not to wager on. Give me the Nuggets at +5.5, plus the following Jokic/Doncic power play on PrizePicks: Doncic over 26.5 points, Jokic over 25.5 points, Jokic over 12.5 rebounds, Doncic over 7.5 rebounds, Doncic over 2.5 threes.

This is going to be a super entertaining game for those who don’t like to watch defense. Expect a high-scoring outing, but we still love the idea of Memphis covering this massive 12-point spread. I’m forecasting one of those special performances from Ja Morant, which leads to Memphis pulling away in the second half. Houston is also on the second night of a back-to-back after getting blown out by the Phoenix Suns. I’m laying the points on Memphis at -12, plus a Morant-heavy power play on PrizePicks: Morant over 23.5 points, Morant over 7.5 assists, Morant over 5.5 rebounds, Morant over 1.5 threes.

Oklahoma City can stick with teams in the middle of the pack, but it doesn't have great luck against the NBA’s elite. This matchup is no different against Miami, who holds an advantage across the board. The Heat’s suffocating defense will be too much for OKC to handle, which is why I’m smashing Miami to cover the 9-point spread as one of my best bets for Monday night. On PrizePicks, tail me on this power play where Miami flexes its muscles early and often: Bam Adebayo over 18.5 points, Josh Giddey over 9.5 points, Adebayo over 10.5 rebounds, Kyle Lowry over 6.5 assists.

Phoenix is on the second night of a back-to-back traveling from Houston to Minnesota, but the red-hot Suns get the job done in this one as well. The Suns have won eight-straight games, and I see no reason why I should stray away from wagering on them once again. This should be a closely contested matchup, but I expect the Suns to pull away late. Hammer the Suns on the 4-point spread to pull off their ninth consecutive victory, plus the following power play on PrizePicks: Devin Booker over 24.5 points, Anthony Edwards over 23.5 points, Karl-Anthony Towns over 22.5 points, Mikal Bridges over 12.5 points, Booker over 4.5 assists.

Damian Lillard is questionable for tonight’s game, but I still love Portland in this spot if he can’t suit up. Toronto has been so up-and-down this season, and this is a spot where CJ McCollum could carry the load well. I was going back-and-forth on this game for awhile, but settled on Portland to cover the 1.5-point spread. If Lillard plays, smash the Blazers to cover with ease. When I wrote this, there were no props currently available on PrizePicks. So, we’re going to lock in Portland at -1.5. This should be a fun game with a lot of points on the board, so I’ll be tuning into this one for the late West Coast swing.

Following along with the line movement on this game has been insane. The Lakers opened as favorites, then it jumped overnight to Chicago. Finally, it settled on Los Angeles in a near pick ‘em scenario as 0.5-point favorites. The Bulls had an impressive win last night against the Clippers, but I’m rolling the dice and wagering on the Lakers to win outright at the Staples Center. Anthony Davis has been carrying the load for Los Angeles recently, and I expect him to have a dominant outing. I’m locking in Lakers -0.5, plus the following props on PrizePicks: Davis over 25.5 points, Zach LaVine over 25.5 points, DeMar DeRozan over 24.5 points, Davis over 11 rebounds, Carmelo Anthony over 2 threes.