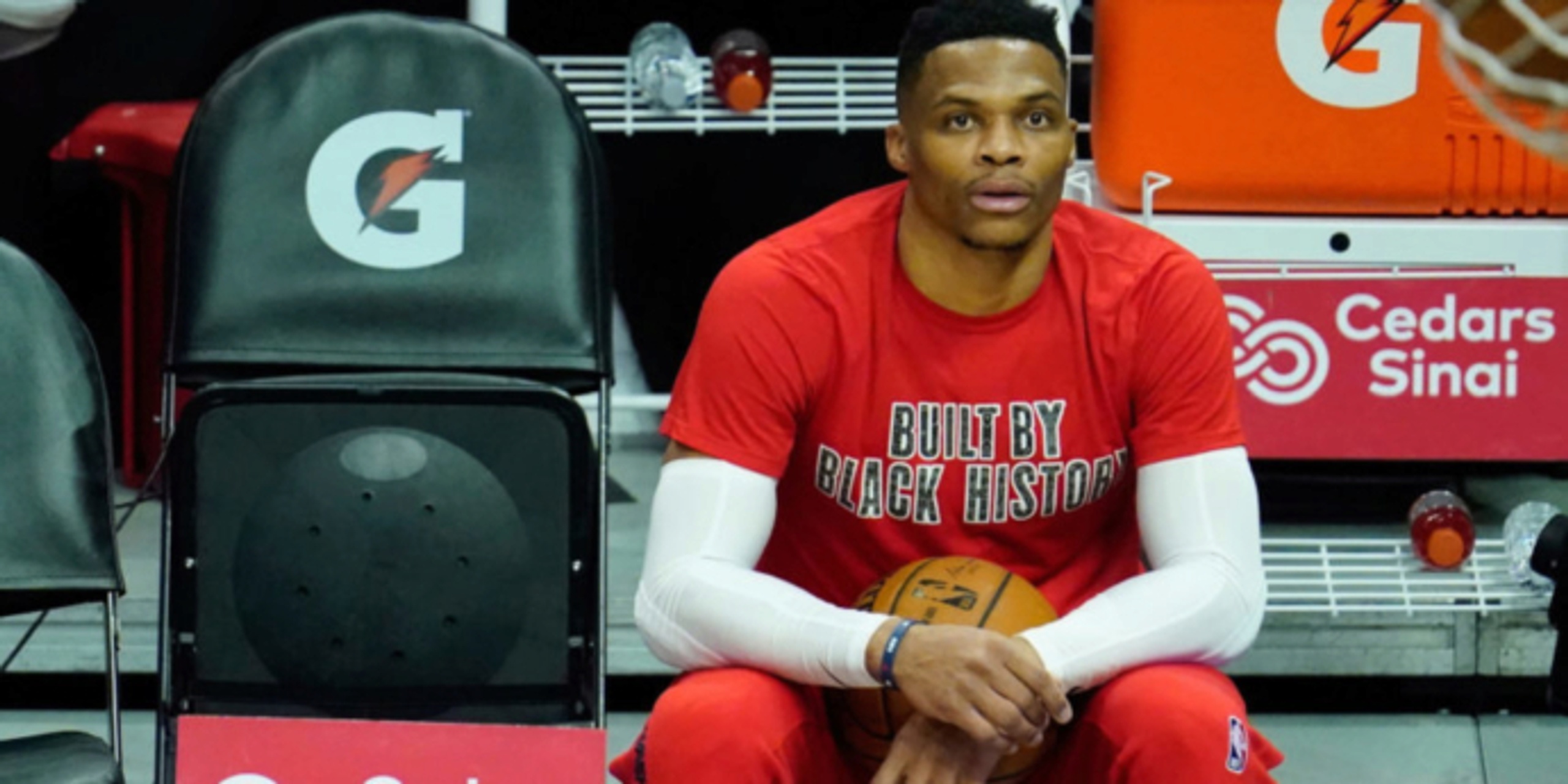 Russell Westbrook has been a busy man.

He is currently averaging a triple-double since the NBA All-Star break, producing 23.3 points, 12.5 rebounds and 12.2 assists while shooting a solid 44.4% from the field in that span. He’s transformed into the old Russell that everyone remembers from his days with the Oklahoma City Thunder, where he terrorized opponents with his lightning quick speed, unbelievable intensity, explosiveness and high-octane style of play.

The Washington Wizards have gone 10-2 in the last 12 games, climbing to 10th place in the Eastern Conference. If the playoffs started today, that would put them in the play-in tournament with a good chance to play themselves into a postseason berth.

Coming to Westbrook's defense, Bradley Beal squashed all of the negative rumors about his teammate in a virtual My Brother's Keeper Alliance speaker series, via ESPN's The Undefeated.

"He's been great. It's been so ironic, because from the beginning of the year before the trade [for Westbrook], there's always the misconception of Russ. [People say], 'He doesn't get along with coaches or his team. It's just all about 'Me, me, me, me.' It's the complete opposite," Beal said. "And, like, I love everything about him. He's a great character guy. And his approach to the basketball game is what helped me have the year I'm having. And it helped us turn the year around. His level of accountability, you want that. He pushes himself to levels that you don't even think exist. And to be on the other side of that, playing against him for years and seeing, 'Oh, how's he getting triple-doubles every game? There's no way he's getting it.' To actually see that night in and night out, he has a different mode. And it's all [mental]. And you can't teach that. It's either you have it or you don't.

"But what I love about him is that he tries to bring it out of everybody. He tries to bring it out of the 15th guy -- a guy who probably won't play that much. But when he gets that opportunity, he wants you to play exceptionally well. That's what I love about him. He just wants to win. He wants to be the best player he can be. He wants to uplift all his teammates. And that's one thing I stole from him is his mental approach to the game. I have a voice in my head and it's Russ saying, 'Keep going, B.' He's been terrific. I definitely tip my hat off to him because I can definitely see why he was MVP of the league."

It’s nice to see Russell get some praise after seeing the nonstop hate he typically receives. A recent example of that came from Stephen A. Smith, who took the opportunity to disparage him for not winning an NBA championship on the night Westbrook recorded the first 35-point, 20-assist triple-double in NBA history. Westbrook and his wife, Nina, had a beautiful response.

Russell Westbrook on Stephen A. Smith

"One thing I won't allow to happen anymore is let people create narratives & constantly just talking shit for no reason about me because I lay it on the line every night and I use my platform to be able to help people all across the world." pic.twitter.com/8oJi0E4dwT

I love everything about the Westbrooks pic.twitter.com/fRlOKc6RVq

But this week, Westbrook added the title of "producer" to his repertoire, as he released the trailer for a new two-hour documentary he produced on the Tulsa Massacre. It will debut on the History Channel on May 30 at 8 p.m. ET.

For me, personally, having grown up in Tulsa, Oklahoma, I applaud Westbrook for doing this. My middle school, Carver Middle School, was literally seven minutes away from where Black Wall Street was. I grew up learning about this, but was surprised to hear that so many people outside of Oklahoma were unaware of what happened. I remember having discussions in classes at Syracuse University, and hardly anyone was aware of the Tulsa Race Massacre. It just wasn’t being taught all around the country. People only recently became aware of it because of its depiction in HBO shows “Watchmen” and “Lovecraft County.”

In an interview with The Associated Press in March, Westbrook explained why he wanted to do the documentary about what happened it Tulsa in 1921.

“I was in Oklahoma for 11 years and kind of grew up in Oklahoma City,” Westbrook said in the interview. “I wanted to understand more about the origins of Oklahoma and Tulsa. I had been going to Tulsa almost every season, and I had a camp in Tulsa. I heard about Black Wall Street, but never really dived into it or understood the impact of the people and community.

“Once I was able to learn the history and dive more deep into it, I was in shock. It’s truly sad what happened to all the business and African Americans and people of color that had their businesses wiped away. Now, more than ever, I want to be able to show how history can affect our future. To make sure we understand our history and know that there were people that paved the way and had to struggle and things were taken away from them. I want to be able to share that with the world and the significance of Black Wall Street.”

The Tulsa Race Massacre took place on May 31 and June 1, 1921, when vicious mobs of white residents -- many of them deputized and given guns and ammo by actual city officials -- attacked Black residents and businesses in the Greenwood District of Tulsa, Oklahoma. It has been called “the single worst incident of racial violence in American history," as more than 35 square blocks of the district, at the time the wealthiest Black community in the country known as Black Walk Street, was destroyed.

Much respect to Russell Westbrook for bringing this story to the world.