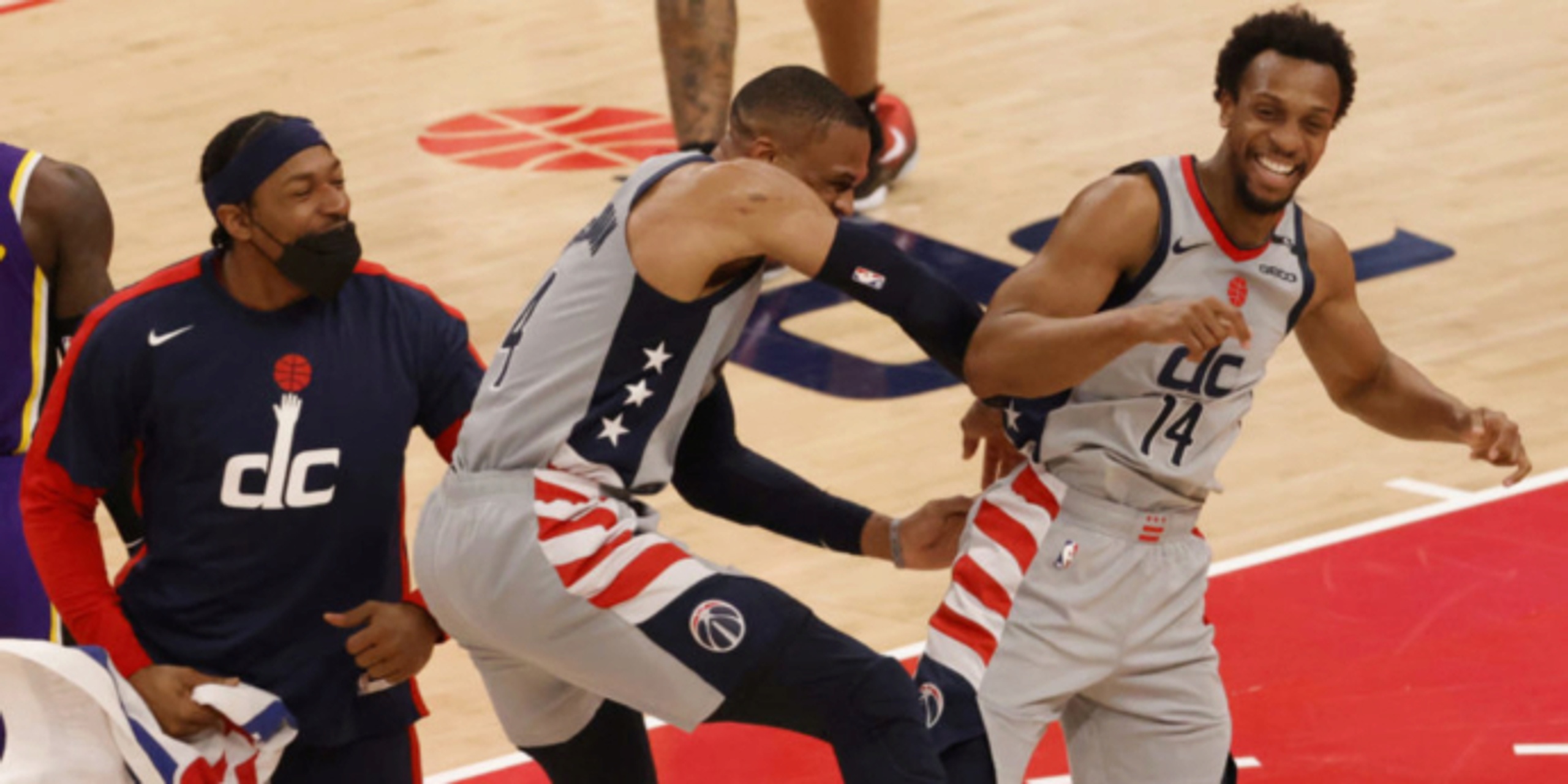 When asked recently about the perception of his triple-doubles of his stat-padding, Russell Westbrook replied with honesty.

"I honestly believe there is no player like myself, and if people want to take it for granted, [I feel] sorry for them," Westbrook said after breaking Wilt Chamberlain's record for triple-doubles in one month. "I'm pretty sure if everybody could do it, they would do it. I honestly make sure I impact the game in many ways every night: defending, rebounding, passing, assisting...whatever it is my team needs from me to be able to win, and that's what I do. I really don't, honestly, I don't care what people [think] about it."

Add another one to the books. In the Washington Wizards' 11th win of the last 13 games, Westbrook produced triple-double No. 30 of the season, as his team was victorious over the shorthanded defending champion Los Angeles Lakers.

This might've been Westbrook's most efficient one of the year, to boot. The veteran guard scored 18 points, grabbed 18 rebounds and dished out 14 assists, but he did it on 7-for-16 from the field and had just two turnovers.

"This game is fun. You should enjoy it. And that’s how I look at it," Westbrook said following Wednesday night's win, via The Athletic's Fred Katz. "As much as I enjoy competing and going out and winning games, this is fun."

Westbrook's latest triple-double puts him at 176 total in his career, just five away from tying and six away from surpassing Oscar Robertson and the NBA's all-time leading number of 181.