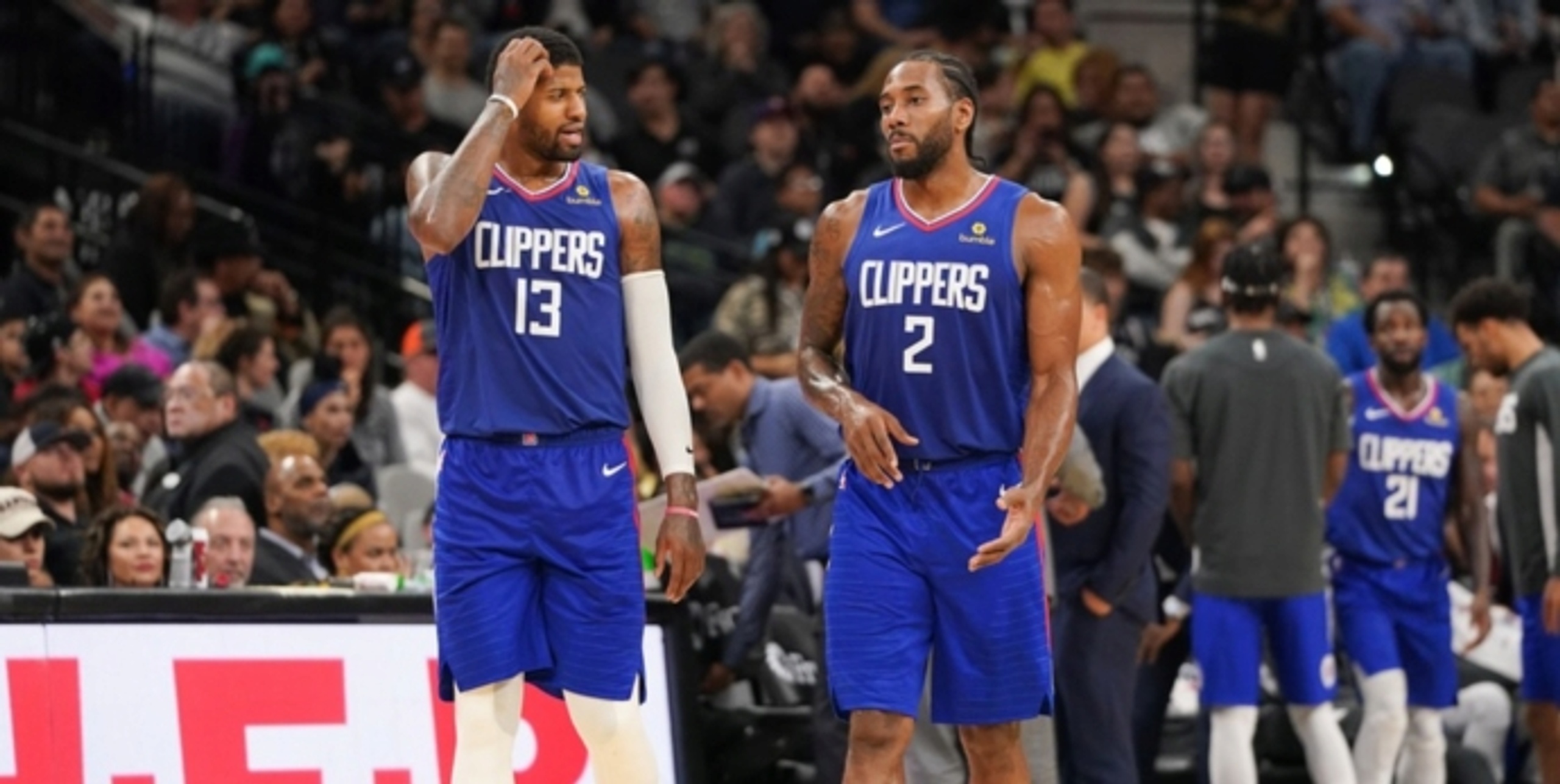 How the NBA bubble exposed some teams, exacerbated issues

There is something pretty disorienting about the NBA's bubble-basketball stage.

You'll notice this if you watch highlights of the 2019-20 NBA season prior to the pandemic and compare it to the on-court product in the bubble. The floorspace is wider without the courtside seats (allowing for deeper inbound passes), the silences are awkward (allowing for audible taunts from seated players) and with the absence of fans in the stands, the emphasis has been on team benches (and bubble DJs) to replicate the mouth-foaming energy and intensity of a packed playoff atmosphere. How has this strange arrangement impacted the actual play? I’ve been pondering that quite a bit.

The first thought that bounced around during the seeding games by players and fans alike was that the lack of peripheral distractions may benefit shooters most (as our Vinny Del Negro wrote about), the assumption being that specialists would replicate their reps in empty gyms. Now that the playoffs have progressed to the Conference Finals, one can’t really say whether this has been the case considering cold streaks (and team-wide poor shooting nights versus the best defenses) have been a normal occurrence for all four of the remaining teams. This is not at all to say that series and games have been predictable at all; they’re anything but, to say the least.

The main development that has emerged from this unorthodox postseason is that the lockdown break did nothing to quell existing issues for a certain few franchises. In fact, months apart seems to have exacerbated these problems, causing them to bubble up and spill over during the most inconvenient moments and, in some cases, in monumentally embarrassing fashion.

The first two instances of viewers falling into an alternate reality where up is down were with the collapses of the Houston Rockets and Milwaukee Bucks. Neither franchise is new to the experience of falling short, but there was something especially strange about their postseason demise this year.

The Rockets raised eyebrows midseason due to the implementation of a full-time small-ball system. Rather than experimenting with this futuristic style of play, they overdosed on it after the acquisition of Robert Covington. A Game 1 win against the Los Angeles Lakers had audiences believing that the Rockets may have been ushering in the inevitable sooner than one would think. With a few simple adjustments of their own, the Lakers presented their own bigger, quicker and more athletic small-ball unit, benching their bigs for the duration of the series and exposing the Rockets’ dents. These imperfections were largely hidden during the latter part of the regular season by Houston's ‘shiny-new-toy’ façade, but now they became hard to miss. 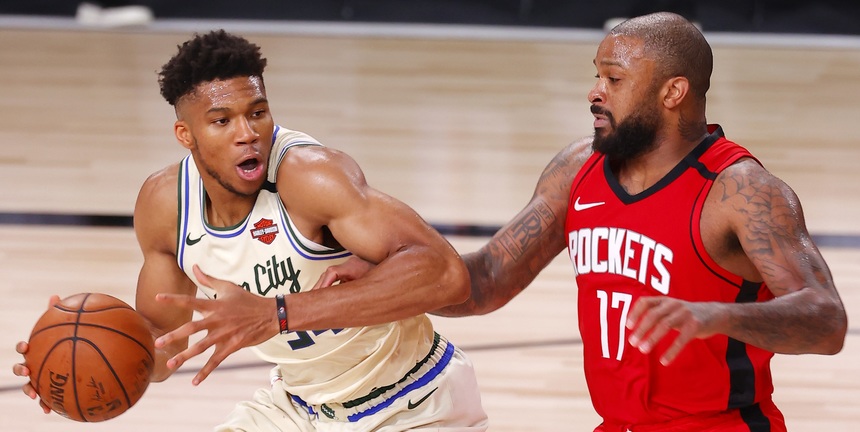 As for Milwaukee, a dominant and imposing regular season for the ball club wasn’t without skepticism. With the departure of Malcolm Brogdon, questions regarding the subpar guard rotation arose but were quickly shut down by the team's believers. Last postseason, the Bucks lost four-straight games to the Toronto Raptors and everyone treated it like an isolated incident since they ran into a red-hot Kawhi Leonard, a destroyer of worlds. Well, guess what happened in the second round of these playoffs versus the seemingly inferior Miami Heat? The Bucks were eliminated in five games, as Donte DiVincenzo and Wes Matthews failed to fill the secondary offensive-creator role that was once effortlessly occupied by Brogdon. Miami exposed this deficiency, as we had a front-row view of Giannis Antetokounmpo repeatedly forcing the issue right into the same wall he met last postseason.

It would appear to be the luck of the matchup for Miami, but we have witnessed them capture lightning in a bottle once again, commanding 3-1 lead against the third-seeded Boston Celtics (who boast a top-four offense and top-four defense). What was considered a fringe issue with roles and offensive hierarchy (as noted continuously by fans) with Boston’s best-five lineup -- consisting of Gordon Hayward, Marcus Smart, Kemba Walker, Jaylen Brown and Jayson Tatum) -- has reared its ugly head, made obvious with their struggles to close tight games during their current run. Starting multiple 20-point scorers has seemingly cultivated an environment of offensive ‘pride,’ for lack of a better word, rendering several players with the belief that they are each at the top of the pyramid and deserving of the most important shots down the stretch.

My hypothesis? The months-long break from NBA basketball broke the manufactured continuity, delicately rocking rhythm and band-aid fixes that these teams had established throughout the season to maintain their excellence. Subsequently, whatever sense of surprise these teams possessed as an upper hand dissipated with every day of the hiatus, giving their opponents ample time to process and game-plan for their gimmickry and/or overly processed, curated systems.

There is no better example of this than the historic and incredibly entertaining seven-game series between the Los Angeles Clippers and Denver Nuggets. The Nuggets portrayed a stark contrast when placed up against their opponent. There's the Mile-High team that toiled away developing their young superstars, experiencing the formative, coming-of-age necessity of youthful, playoff heartbreak that hardens the soul and deadens the eyes. Denver is poised. Their cutters rotate around Nikola Jokic as if he’s moving them himself telekinetically. Jamal Murray is displaying a wholeness and richness to his game that point guards don’t typically flaunt until their late 20s.

And then there’s the Clippers. The running joke throughout the season was that they sometimes played as though they were random pick-up players put onto the same team, rather than the typical theatrical NBA roster with its scripted roles. At their floor, they looked disjointed on both ends and there were complete breakdowns in communications at times (a la Luka Doncic's game-winner). After months of shooting down reports about their chemistry issues, the Clippers finally acknowledged these problems once they were eliminated by Denver.

This year's playoffs come with unique stressors and they have emphasised the importance of clear leadership, versatility and a willingness to adapt. With that in mind, it’s somehow no surprise why certain teams (like Miami and Denver) have thrived in the Orlando bubble. They're looking at a pathway to glory, in spite of the noise.