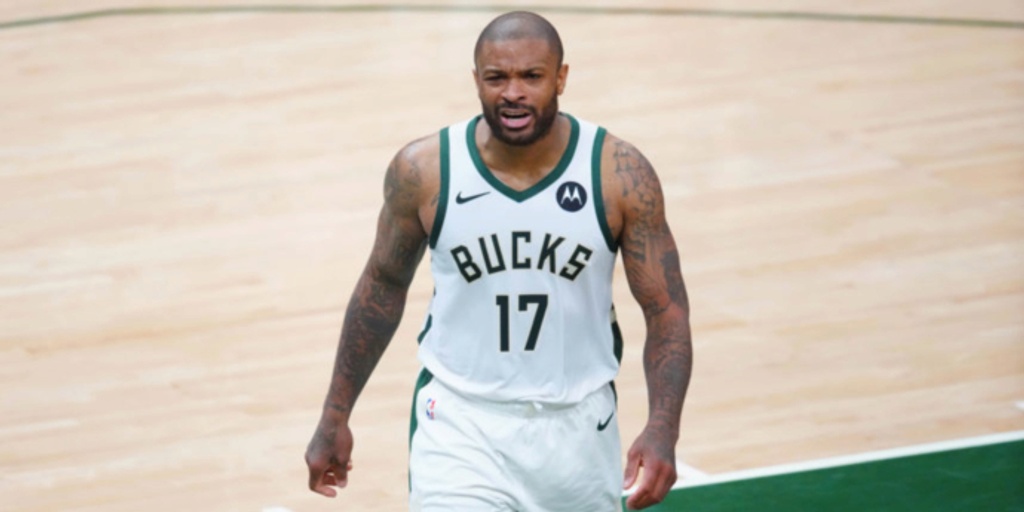 NBA Roundtable: Breaking down this offseason's most underrated moves

The 2021 NBA offseason featured blockbuster trades, draft-day surprises and some big-name players changing teams. Those are typically the transactions that garner the most attention, but what were some of the under-the-radar moves that deserve to be highlighted?

Now that most of the free agents have signed and the dust has settled, we asked our writers:

What was your favorite "underrated move" of this offseason?

Jackson Frank: I really liked the Pistons nabbing Kelly Olynyk. A versatile offensive big man to pair with their young guards in Cade Cunningham and Killian Hayes is so important. He’s going to help facilitate their development and ease some of their creation burden with his pick-and-pops, dribble handoffs and mismatch-hunting in the post. Good, complementary players for young dudes is critical and Olynyk is exactly the former.

Alex Kennedy: Victor Oladipo went from being regarded as one of the top free agents in this class to a complete afterthought. After signing a one-year, minimum deal with the Heat, he's the ultimate low-risk, high-reward addition. If it doesn't work out, Miami can cut him or let him walk. If he gets healthy and has a strong bounce-back season, he'll be a steal. The 29-year-old will need to make an impact in order to ink a more lucrative deal next offseason. Oladipo's days as an All-NBA player are likely over, but he doesn't even need to play at that level in order to drastically outperform this contract. Despite his struggles last year, he averaged 20.8 points, 5.0 rebounds, 4.7 assists, 2.6 threes and 1.3 steals in 29 games with the Rockets and Pacers. After Oladipo's season-ending quad surgery in May, his surgeon told ESPN, "I was amazed he was playing with what he had. I'm very optimistic that I could clear him in six months, by November." If he was able to put up those numbers on a badly-injured quad that he had no business playing on, he should be able to help the Heat. Miami had an exciting offseason — from acquiring Kyle Lowry to signing P.J. Tucker to extending Jimmy Butler and Duncan Robinson — but re-signing Oladipo at the minimum was another impressive move that could look really smart come playoff time.

Nekias Duncan: I like Isaac Bonga heading to Toronto. There’s been a clear emphasis in adding rangy defenders, and Bonga fits the bill while adding a hint of ball skills. I felt like he was a bit buried in Washington, so I’m interested to see if he gets more burn. 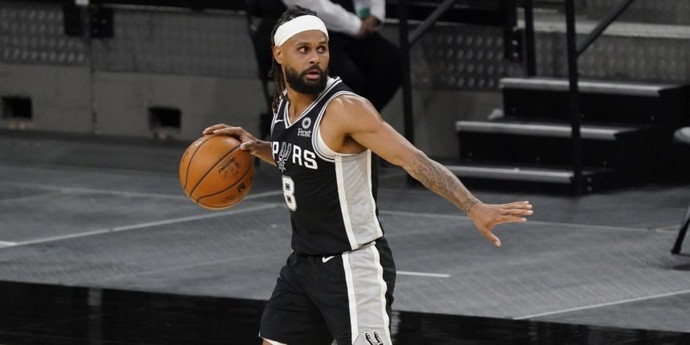 Spencer Davies: Patty Mills to the Brooklyn Nets on a two-year, $12 million deal. With Spencer Dinwiddie leaving and no regularly-dependable backup in the backcourt, Mills will bring an edge and depth to Steve Nash’s second unit in this go-round. While he may not be the FIBA Patty that everybody loves, Mills will not hesitate to take shots and bury triples when one of James Harden or Kyrie Irving is getting a rest. That’s going to make Brooklyn a tough customer from a pace standpoint, as well.

Imman Adan: It’s not that the move itself was underrated, but I'm surprised that people are more focused on what the Wizards-Lakers trade means for Los Angeles and for Bradley Beal rather than focusing on how much of a win it is for Washington. John Wall’s massive contract was widely considered one of the worst deals in the league, yet they turned him into Russell Westbrook and then turned Westbrook into multiple talented rotation pieces and no behemoth contract. Just a massive win for the Wizards' books.

Chris Sheridan: That would be Miami signing P.J. Tucker away from Milwaukee. I am a huge fan of guys who kill it on defense, and we saw P.J. do a great job against the Brooklyn Nets in their second-round series when the Bucks came back from being down 3-2. Milwaukee is going to miss that guy. The reason they got him in the first place was to have someone who could guard opposing forwards in the postseason, and there will come a time when the Bucks realize how much they miss him. Both Tucker and Jimmy Butler really get after it on the defensive end, so kudos to Pat Riley and Erik Spoelstra and Andy Elisburg for snatching Tucker away from the Bucks in free agency.

Ethan Fuller: I'm a big fan of the Los Angeles Clippers' draft class as a whole. The Clippers went after their favorite prospects, trading up to get uber-athletic Keon Johnson at No. 21 and cerebral playmaker Jason Preston at No. 33. Then, they took a flier on a former five-star player in Brandon Boston Jr. with the No. 51 pick. All three possess immense upside, and the Clippers are deep enough where they don't need any rookie to step into the rotation right away.

Evan Sidery: In terms of overall value, the Phoenix Suns hit a home run re-signing backup point guard Cameron Payne to a three-year, $19 million deal. Compared to other backup facilitators, Payne’s annual value fell well below what others have been paid over the last few offseasons. After Phoenix gave Payne a chance to revive his NBA career, the 27-year-old point guard returned the favor by giving the Suns a discount. Payne, who has become a wonderful fit within their system, will continue to play a vital role for the Suns as a key cog to their improved second unit. Payne, Landry Shamet, Cameron Johnson and JaVale McGee will give Phoenix such a strong bench.

Jesse Blancarte: The Los Angeles Clippers’ trade for Eric Bledsoe. There may be some pushback on this selection, but hear me out. Yes, Eric Bledsoe has struggled over the last few seasons. Yes, Patrick Beverley is a high-level defender (when healthy) and was an emotional leader for the Clippers. Yes, Rajon Rondo has championship experience and is capable of elevating his game in the postseason. But with this deal, the Clippers lowered this season's luxury-tax payment significantly, opened a needed roster spot and took a reasonable chance on Bledsoe having a bounce-back season. With Kawhi Leonard sidelined for possibly the entire season, Bledsoe offers another playmaker who can attack the basket and defend multiple positions.

Drew Maresca: This one’s easy — Kemba Walker to New York. It flew under the radar given the timing of the move relative to the other major signings, but adding a legitimate point guard who is just two years removed from an All-Star selection is a big deal for a team that’s been looking for a reliable point guard for (literally) decades. Just two years ago, Walker signed a four-year max contract worth $141 million, so the fact that New York was able to sign him to a two-year, $18 million deal makes the move even more impactful.

Jonathan Concool: P.J. Tucker to the Heat. 100%. I think this also wins because absolutely no one saw this move coming. Tucker, who is coming off his first championship with the Milwaukee Bucks, was expected to remain with the team considering how much he contributed during their postseason run. However, Pat Riley had other plans. The Heat nailed their offseason — re-signing Duncan Robinson and Jimmy Butler, acquiring Kyle Lowry, and then bringing in more veteran, championship experience in Tucker. Tucker does so many things that don’t show up on a box score and he'll be a key contributor for the Heat, who are clearly serious about making another deep playoff run.

Jannelle Moore: My pick for the best underrated move is JaVale McGee joining the Phoenix Suns. The Milwaukee Bucks exposed Phoenix’s lack of depth at center. By signing McGee — a serviceable big with playoff experience and three championships on his resume — the Suns addressed that need.