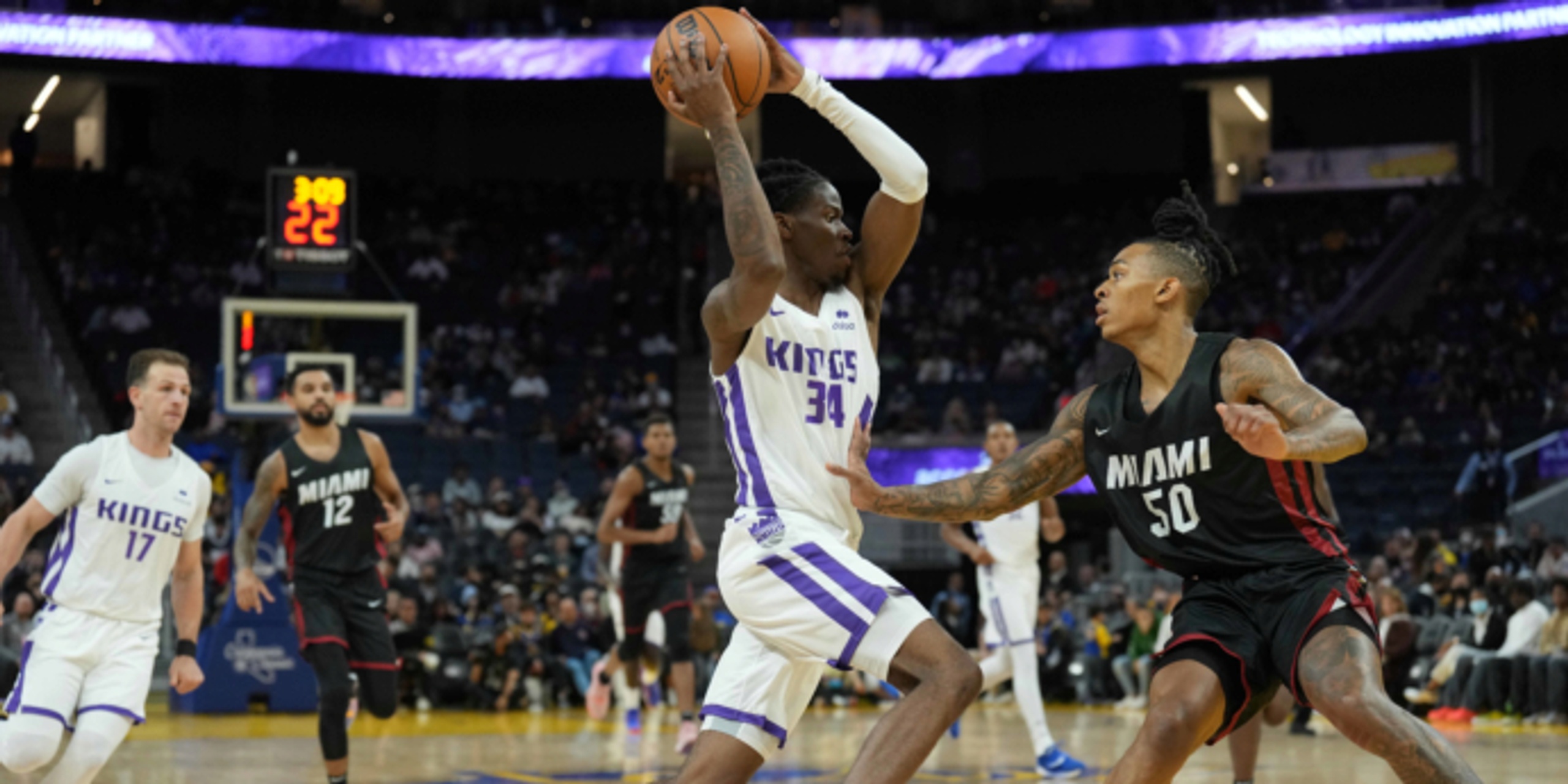 Kings run away in 4th, top Heat 81-64 at California Classic

The game featured 10 ties and 16 lead changes, before Sacramento put the win away by outscoring Miami 28-8 in the fourth quarter.

Frankie Ferrari added 11 for the Kings.

Javonte Smart scored 12 for Miami, which got 11 from Kyle Allman Jr. and 10 apiece from Orlando Robinson and Mychal Mulder.

Jay Huff added 10 for the Lakers.

Lester Quinones scored 19 and Payton Willis added 11 for the Warriors.