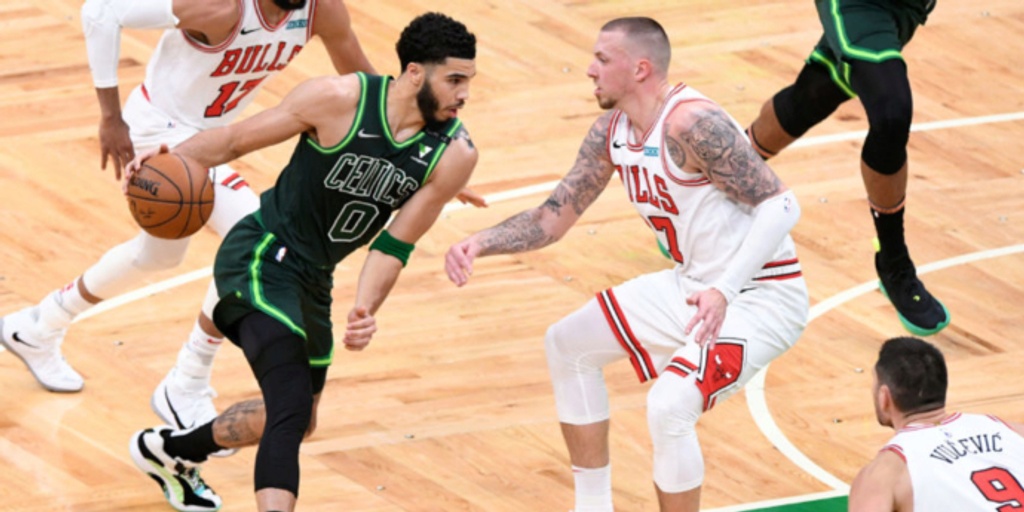 Despite a tough loss at home and an underwhelming shooting performance, budding Boston Celtics star Jayson Tatum recorded the first triple-double of his career last night against the Chicago Bulls.

Tatum had 14 points, 13 rebounds and 10 assists for the Celtics, showing his ability to impact the game outside of scoring as our Nekias Duncan wrote last week.

According to the Associated Press and Elias Sports Bureau, "Tatum (23 years, 47 days) is the second-youngest Celtics player in franchise history to record a triple-double,. The youngest was Marcus Smart (21 years, 315 days) on Jan. 15, 2016 against Phoenix."