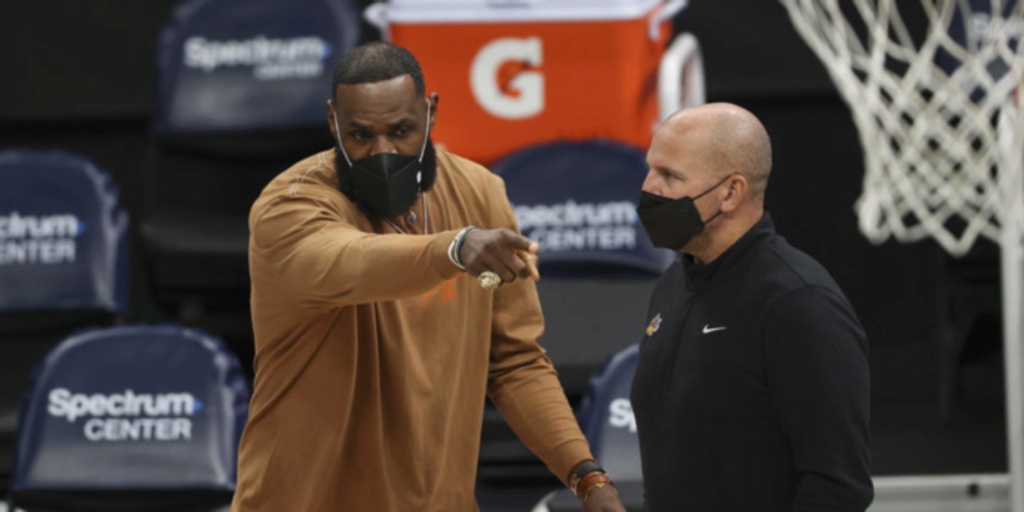 LeBron James is reportedly ramping up to light on-court work, while Anthony Davis reportedly nears a return from injury.

ANALYSIS: McMenamin added that Davis still had to improve his conditioning before returning, but the star big man could be back on the court as soon as Thursday against the Mavericks.

"The biggest thing is conditioning right now," Vogel said in the ESPN article about Davis. "He's healthy. But having not played and not really being able to ramp up his physical on-court activity over the last two months, it's going to take some time before he gets his wind under him and obviously, that's the biggest thing. Because if his legs aren't under him, we don't want him to be at risk for re-aggravation of the injury or another injury. We want to keep a close eye on that."

As for James, he is still reportedly weeks away from a return, per the article. But both stars are making good progress and will prove critical as L.A. gets ready for the postseason.