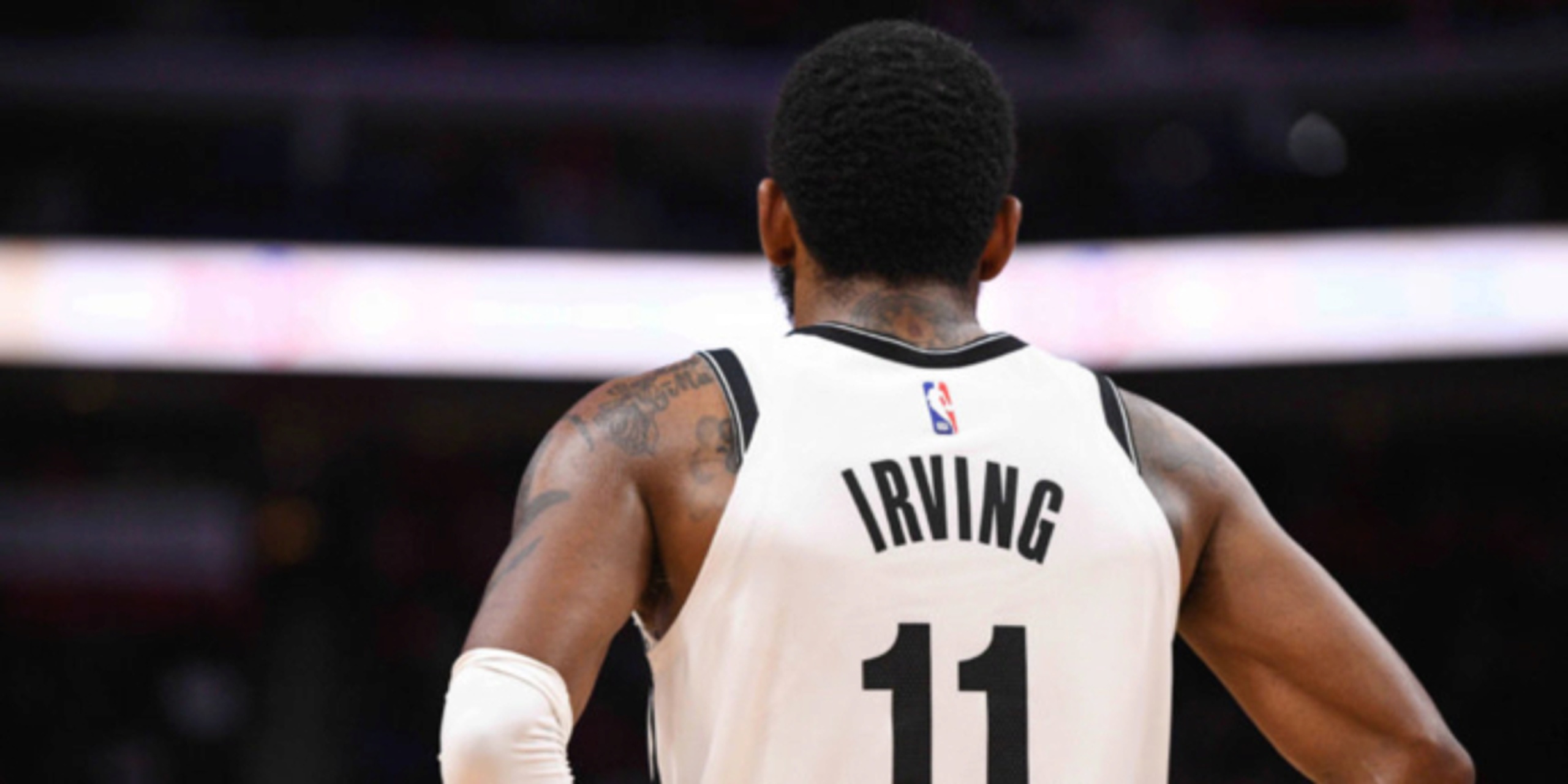 Kyrie Irving's silence has allowed others to control the narrative

A highly intelligent person with a history of doing charitable things and being involved in the community, Kyrie Irving can be moody and mysterious. His expended absence from the Brooklyn Nets has left fans searching for him on social media, where they have found him at his sister’s birthday party and at a campaign fundraising event.

But nobody (including his coach and teammates) has seen him play basketball for quite some time now. The longer Irving goes without explaining himself in detail, the longer he will allow someone else’s narrative to explain his circumstances, and that will not end until the 28-year-old sits tight, answers questions and explains where he is coming from.

Irving’s public relations person, Ashley Blackwood, said Saturday that the All-Star guard will speak to the media after he returns and for as long as he chooses, and then hung up the phone.

So we all have to wait and wonder, which is unfortunate because the Brooklyn Nets are the team that everyone wants to watch, and the entire Irving situation would be different if he simply complied with NBA media access rules, spoke to the fans through the media (which is an obligation, not a choice), and stated the reasons for his extended personal leave from the one NBA team that everyone wants to watch.

Controlling the narrative is a part of Sports Public Relations 101. NBA players have been doing that for a very long time, and it is mystifying why Irving cannot calm down the situation by using the media. The media is a vehicle for getting a message across -- and now there are other options such as Instagram and Twitter -- in which a statement can be issued and some measure of clarity can be achieved.

His new teammate, James Harden, did it yesterday in his introductory news conference with the Brooklyn Nets in which he let his personality come out -- and anyone who watched it could tell that Harden has taken his media-relations training to heart over the years.

Asked what type of condition he was in, Harden had a a wry smile and responded, “Great!" The bearded one was also asked if he had engaged in a discussion with Irving and Kevin Durant yet about how the three of them will coexist.

Harden replied in the negative, but said that discussion will eventually happen.

Irving, in the meantime, has chosen no path to clarification. While all this is going on, Harden will make his Nets debut tonight against Orlando.

Harden has been deep into the playoffs before, but is still without a championship. However, he may have his best chance yet playing with Irving, Durant, DeAndre Jordan, Joe Harris and whoever else Sean Marks can bring aboard between now and the deadline, something Harden spoke to in his first meeting with the media Friday.

“Obviously, you’ve got Kevin Durant and Kyrie Irving on the team, and then surrounded by those guys you have really good pieces in DeAndre and Jeff [Green], shooters in Joe and Landry [Shamet]," Harden said. "You just look at this entire roster and it’s built for any type of basketball you want, and then the coaching staff who know the game of basketball at a high level. You just add that all together and that’s a legit chance right there. It was a no-brainer for me."

It is mid-January, and what the Nets are trying to do is get the entire roster together for a number of games, see how they look and then take it from there. How they look when the playoffs begin is what is most important.

Tonight will be fun because Harden will be on the floor, sporting his brand new black-and-white threads. Monday will be even better because Irving should be playing, too.

But until Irving explains himself, people are going to draw their own conclusions about why he has been taking so much “personal time." When Irving chooses not to speak, other people's speculation dominates the conversation instead.

Let’s hope he figures that out soon.