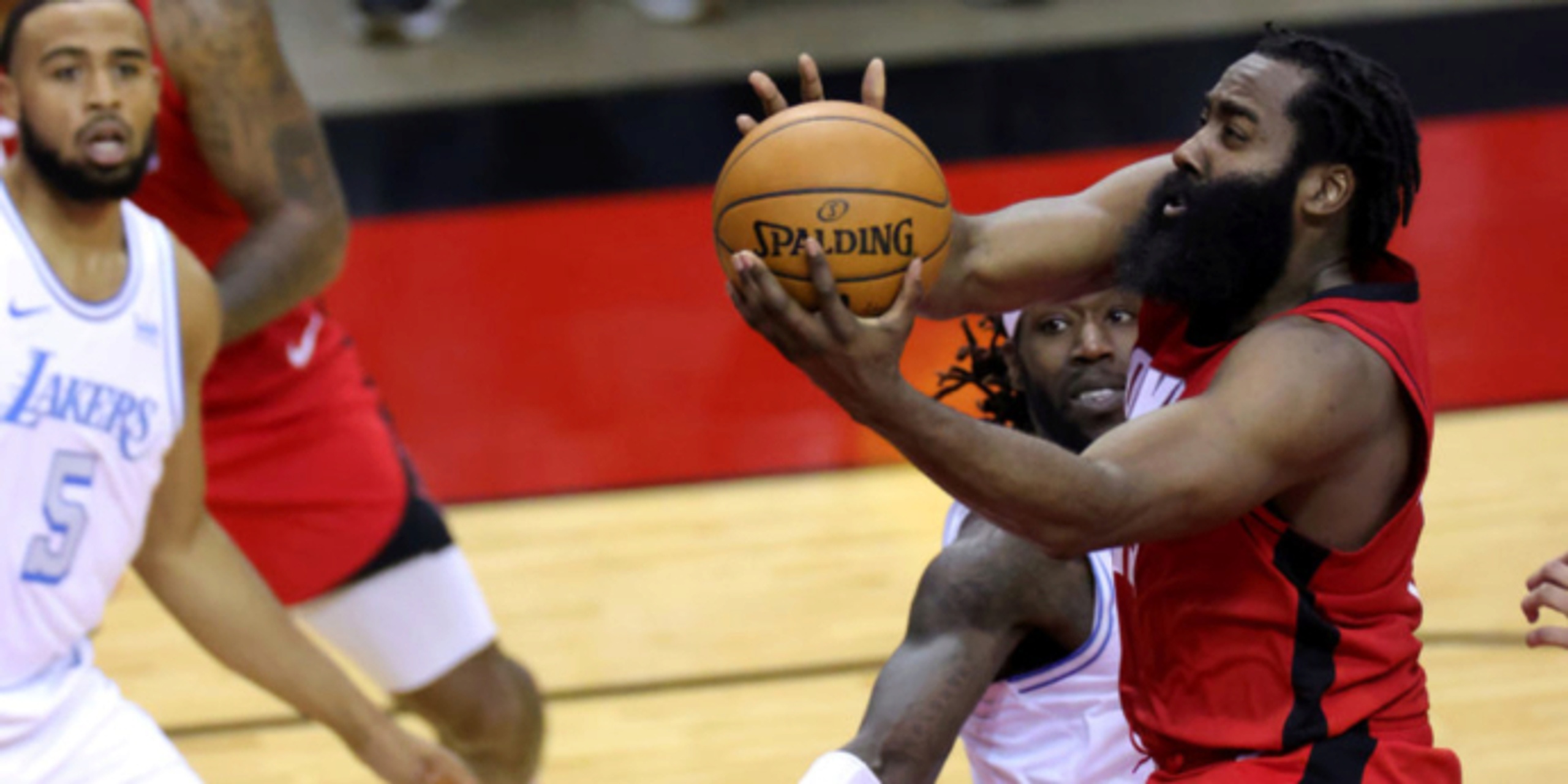 On Friday, James Harden spoke to the media for the first time as a member of the Brooklyn Nets. And the former MVP did not mince words about why he forced his way out of Houston.

"I wasn't disrespectful to anyone," he said at the introductory press conference. "Those guys just got to Houston. I've been there a very long time. I just made a comment that the team as a whole wasn't good enough to compete for a title."

The superstar guard was rumored to be unhappy as a Rocket, and after Tuesday's 117-100 loss to the Los Angeles Lakers, spoke candidly to reporters about his view of the team. Less than 24 hours later, Harden was on the move to join Kevin Durant and Kyrie Irving in Brooklyn.

"It means a lot," he said. "Just coming from eight years in Houston, having a fresh start with some unbelievable talent, the coaching staff. Ultimately, it's a chance for me to compete for a title."

At the press conference, Harden explained that he reflected on his situation after the Rockets again lost in the Western Conference bracket of the playoffs. Houston had two Conference Finals appearances and three runs to the second round of the postseason under Harden. But the Rockets never made the NBA Finals.

In the offseason, general manager Daryl Morey departed for Philadelphia and coach Mike D'Antoni joined the Nets as an assistant coach. Russell Westbrook was traded to Washington for John Wall. After all that, Harden became the next, and largest, domino to fall.

"It didn't go as smooth as I would love it to go. But I think both sides are happy," he said.

The Nets instantly become an NBA championship frontrunner with the addition of the eight-time All-Star. Harden feels he brings an "elite player, an elite teammate [and] an elite leader" to the organization.

And when asked about where his conditioning is at after fans had scrutinized Harden's demeanor this season, the new addition had a one-word response: "Great."

The Brooklyn Nets tip off next on Saturday against the Orlando Magic.