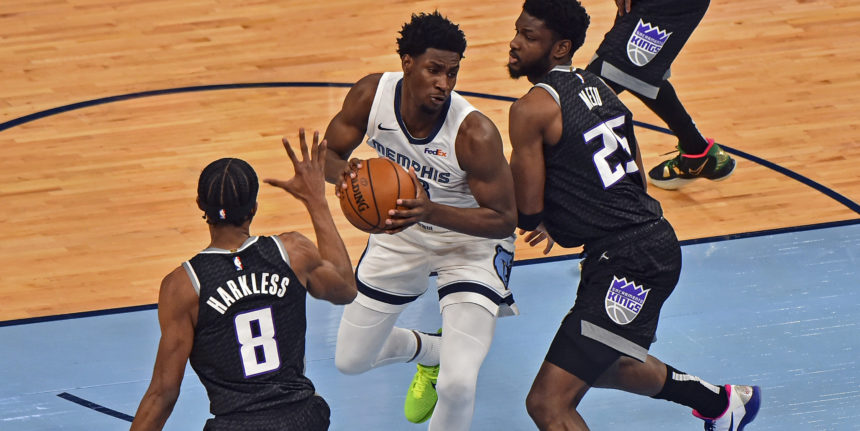 Every year, NBA.com surveys the league's general managers to compile their thoughts and predictions ahead of the new season. One section of the wide-ranging survey asked: Which player is most likely to have a breakout season in 2021-22?

The 22-year-old big man is an excellent bounce-back candidate since he was sidelined for much of the 2020-21 season after tearing the meniscus in his left knee during the NBA Bubble in August of 2020. The Grizzlies decided to ease Jackson back into action last year, playing him in just 11 regular-season games (with just four starts).

If Jackson wants to take the next step in his development, he needs to be more efficient and improve his shooting percentages (getting them closer to his 2019-20 numbers). He also needs to work on fouling less, as he recorded at least four fouls in 13 of his 17 games last season (including the playoffs). In seven of those games, he committed five fouls.

It’s important to note that he was in a tough position, as he was thrown into the fire amidst Memphis’ playoff push while trying to shake off nine months worth of rust. Now that he’s back to 100% after having a full offseason to get right, he should be able to improve his efficiency and limit his fouls.

Jackson is an incredibly versatile, two-way threat who can dominate inside and out; there’s a reason the “unicorn” label has been tossed around when discussing his potential. It’s very possible that this is the year he puts it all together and forms an incredible one-two punch with Ja Morant.

Nekias Duncan recently broke down Jaren Jackson Jr.'s film and wrote about what he needs to do to take a leap forward, including playing more minutes at center.