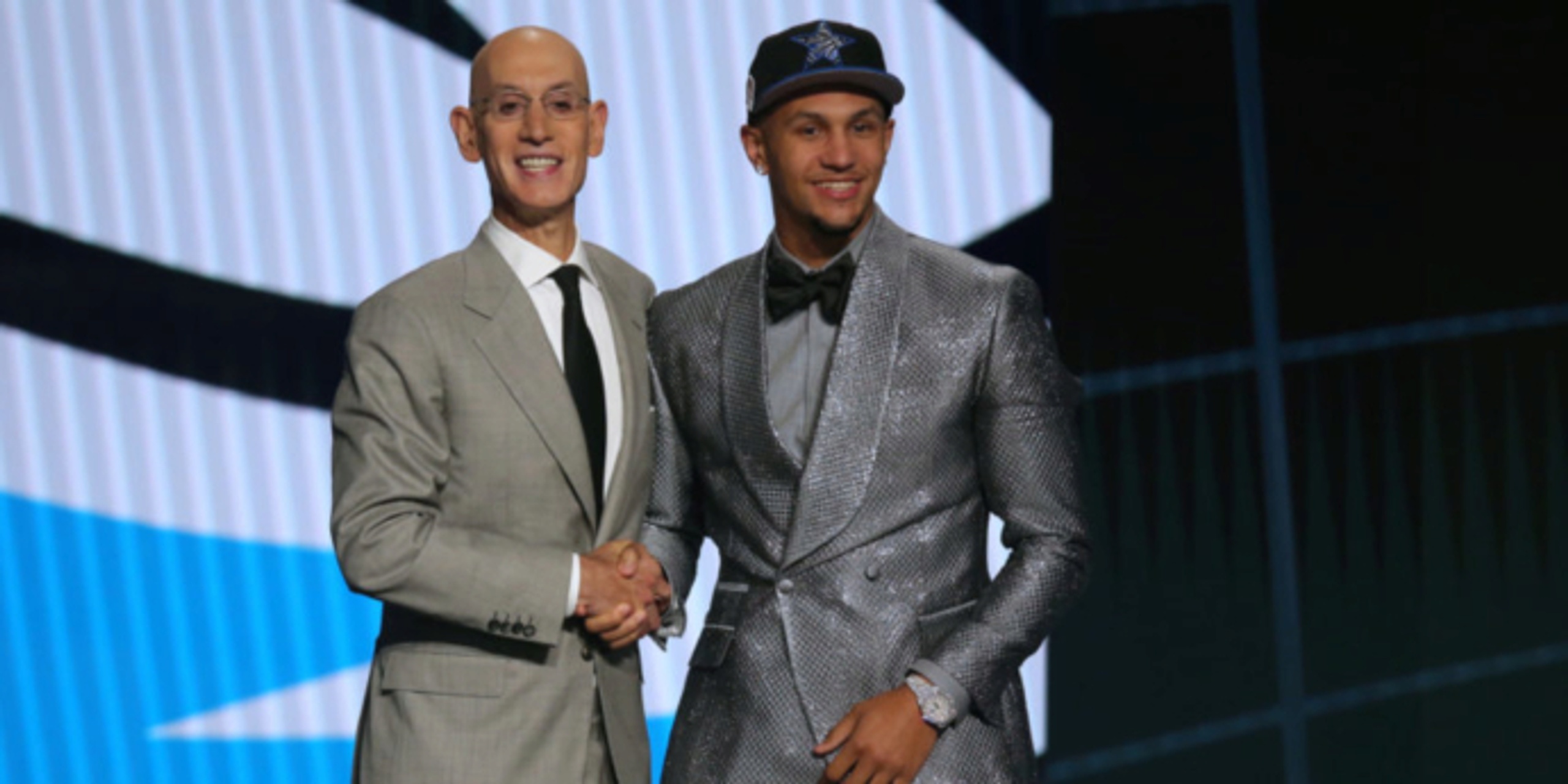 Fortunately for the franchise, Orlando was one of the biggest winners of the 2021 NBA Draft.

Selecting Gonzaga guard Jalen Suggs at No. 5 and Michigan forward Franz Wagner at No. 8, the Magic's young core got a much-needed boost toward respectability as they begin the process of building out a talented crop of young prospects.

Suggs has the alpha dog mentality many stars need to thrive on the next level. Winning has always been in his DNA, and he made it known that the teams who passed over him would eventually regret it.

"I will say: the ones that do pass on me and take another prospect, it will come back," Suggs told reporters prior to the draft. "It will be to their detriment, honestly, because you can look at my track record — what I’ve done and where I’ve been — it’s always win at the highest level. And my play has been at the highest level.

"As far as that goes, if somebody makes a decision that’s not me, that’s their opinion and I can never be angry at them for that. But I don’t forget those kinds of things; that’s just how competitive I am.”

Leading a new era of Magic basketball, Suggs is exactly the type of prospect needed to take their rebuild off ground level. An aggressive scorer, willing defender and growing playmaker, it's hard to envison the 20-year-old failing in the NBA. Possessing one of the highest floors of any player in this year's draft, Suggs will be a long-time starter who could quickly ascend to a star-caliber player. If all works out for Suggs, he's someone Orlando can build the next great Magic team around, in short order.

Franz Wagner also has a high floor, as he can serve as the new connective tissue to help Orlando leap up another rung on the proverbial ladder to relevance. A great help defender with real versatlity to guard three positions, Wagner helps cement an identity for the Magic, which can become a respectable two-way team that flanks Jonathan Isaac and Wendell Carter Jr.

Both Suggs and Wagner are very unselfish players with high basketball IQs. Inserting these two prospects into an already enticing core should make Magic fans giddy for the future. Check out how Orlando's potential rotation stacks up for 2021-22:

Terrance Ross is missing from the projected rotation because the acquisitions of Suggs and Wagner could signal that Ross will be dealt once the new league year begins next week. There's already interest around the Association in Ross, per SNY's Ian Begley, and Orlando's draft results will only add to the speculation.

In the end, shipping Gordon and Vucevic out led Orlando to these potential long-term pieces: Harris, Hampton, Carter, Wagner, and a 2023 first-round pick (via Chicago) and a 2025 protected first-round pick (via Denver). Add on another potential asset or future pick in a possible Ross deal, and the Magic will continue to help themselves in their rebuild.

Trotting out a rotation with nine players who are age-25 or younger next season, Orlando is back to square one. Where the club goes from here all depends on its player development, but hiring former Mavericks assistant Jamahl Mosley to be their new head coach fits right into that critically important strategy. Luka Doncic, who established himself as an MVP contender in his third season, was a huge Mosley supporter. Now, with a copious amount of young talent to groom, the coach-organization fit between Mosley and the Magic is perfect.

All teams start where Orlando currently is.

The Phoenix Suns toiled in mediocrity for years before finally breaking through this past season, and after hiring Tom Thibodeau, the New York Knicks finally returned to respectability after the coach helped to elevate the team's young core, led by Julius Randle and RJ Barrett. Philadelphia endured "The Process" years, and now they are a perennial contender.

Orlando now has all the pieces in place to eventually make a leap back to where they haven't been since the prime Dwight Howard days — regarded as a real threat in the Eastern Conference. With Mosley leading a strong young core that's spearheaded by Isaac and their two top-eight picks, the Magic could soon have Orlando back on the map.