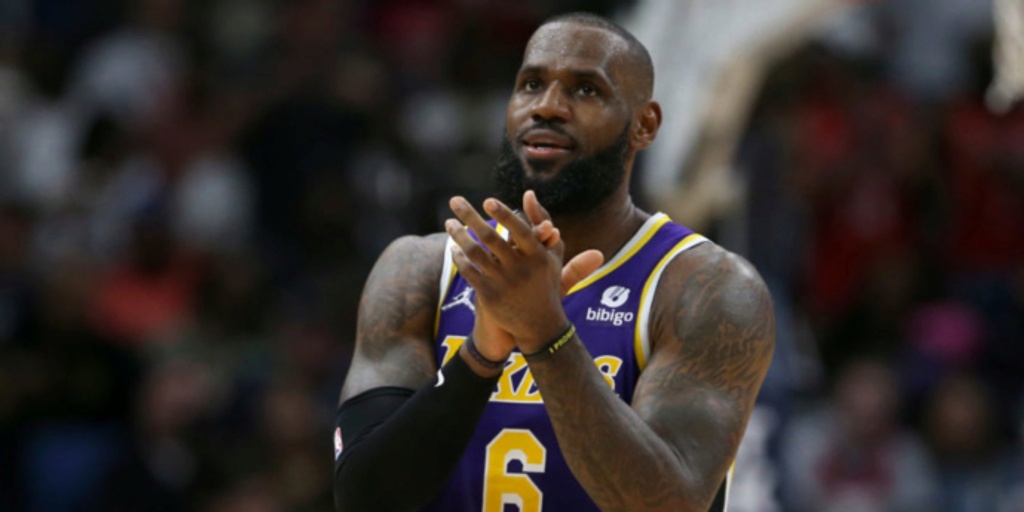 With two games remaining in the 2021-22 regular season, some fans wanted LeBron James to return from his ankle injury and try to win the NBA scoring title. After all, James was averaging 30.3 points per game, trailing only Joel Embiid (30.6 points per game).

Players must suit up in 58 games to be eligible for the scoring title, so James would've had to play in the final two games of the season in order to qualify. However, with the Los Angeles Lakers eliminated from playoff contention, James decided to rest his injured ankle and end his season prematurely.

During his exit interview with reporters on Monday, James said that he never considered chasing the scoring title.

"Once we were eliminated from playoff contention, it wasn't something to talk about or think about," James told reporters. "I'm going to be out there playing meaningless games just to win the scoring title. That's so beneath me and where I am in my career...

"Once we were eliminated from [playoff] contention and knowing my ankle situation, me going out there and playing in games that don't mean anything for myself personally or for this franchise [doesn't make sense]... I'm 19 years in, and going after a scoring title when you're not making the postseason is the most wackest thing ever."

LeBron James' full answer, to @kylegoon, on why returning for a couple games at the end of the year to qualify for the scoring title was never a consideration for him. pic.twitter.com/8CgoVF2OeG

James revealed that his ankle doesn't require surgery or an injection to make a full recovery, but he will have to stay off of it for four-to-six weeks.

While James just put together the greatest season ever for a player in his late 30s, there's some debate over whether the 37-year-old deserves a spot on one of the All-NBA teams.