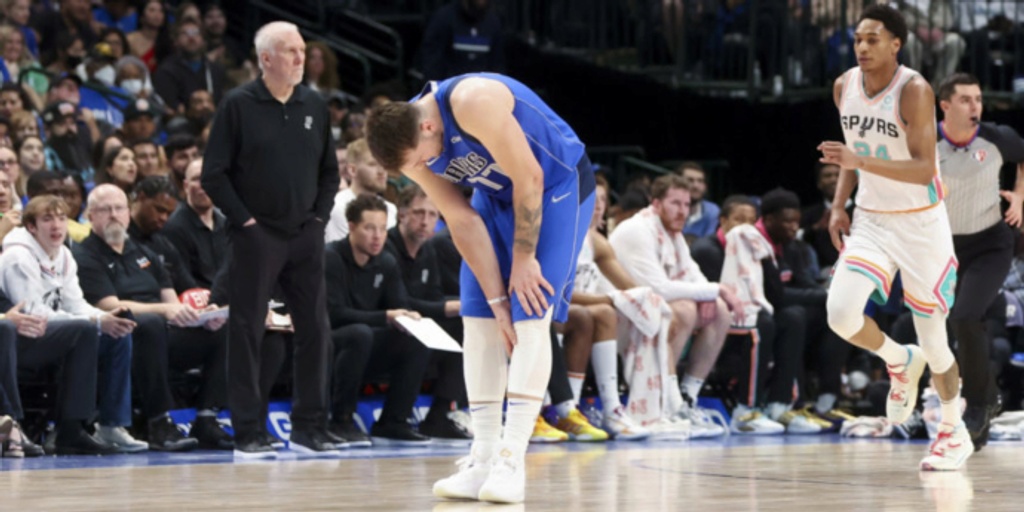 Mavs' Luka Doncic to have MRI on injured calf

While the Dallas Mavericks are "inititally optimistic" regarding Luka Doncic's strained calf, he will have an MRI Monday afternoon with the team hoping to learn more about the severity of the injury.

Luka Doncic will get an MRI on his strained left calf this afternoon, sources said. Mavs will know more about the severity of the injury at that point.

ANALYSIS: Losing Doncic for any amount of time would be a horrible loss for the Mavericks who have been on the best teams in the second half of the season with him leading the way. The Mavs first-round matchup against the Jazz doesn't begin until Saturday and hopefully that will be enough time for him to recover if the MRI doesn't find any major damage.