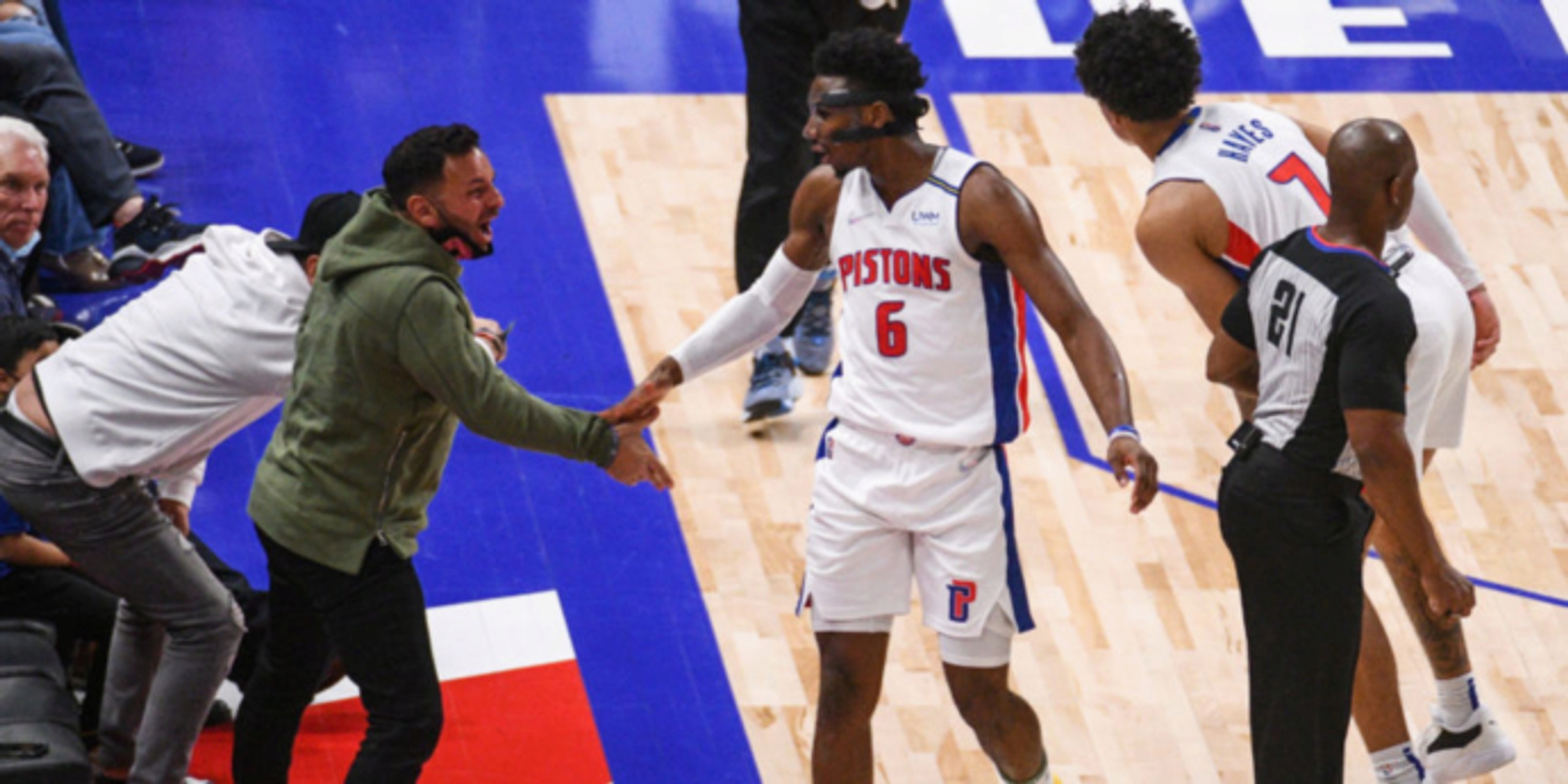 Saddiq Bey scored 26 points and the Detroit Pistons snapped their franchise record-tying, 14-game losing streak with a 100-90 victory over the Miami Heat on Sunday.

Hamidou Diallo had 15 points and seven rebounds for Detroit, which recorded its first victory since a 97-89 triumph over Indiana on Nov. 17. Frank Jackson added 12 points and Killian Hayes chipped in 11.

“It’s great to get the monkey off our back,” Bey said. “We know a lot of our losses have been close and down the stretch. It was just good to see that if we execute down the stretch what we can do. We’ve got to build off of it, keep fighting to win every game.”

The Pistons start a rookie and three second-year players. They don't have anyone older than 23 in the current lineup.

“It bothers you but that's not what this season is about,” Pistons coach Dwane Casey said of the streak. “I'm not caught up in 14 straight. I'm caught up in these guys growing and developing. Sooner or later, all this stuff is going to click.”

Max Strus led the Heat with 24 points off the bench. Kyle Lowry had 19 points, 10 rebounds and five assists. Dewayne Dedmon added 11 points for Miami, which had won four of its last five.

“The guys really battled,” Heat coach Erik Spoelstra said. “We made mistakes but it was not from a lack of want, or a lack of competitiveness or lack of making efforts. Guys laid it out there. We were a little flat offensively and weren't able to get over the hump.”

Miami closed within five points with less than 5 minutes remaining but Bey and Hayes hit 3-pointers down the stretch to help the Pistons retain the lead.

“We created a lot of our offense with our defense, more so than anything else,” Casey said.

Bey scored 19 points in the second half. He's averaging 25.7 points over the last three games.

“He's been very decisive, instead of thinking about shooting and pump-faking himself out of shots,” Casey said. “That's the biggest difference.”

Heat: Forward P.J. Tucker left the game in the third quarter with a left knee injury. Miami was already missing Jimmy Butler, Tyler Herro, Bam Adebayo, Markieff Morris and Victor Oladipo due to injuries. Caleb Martin is in the league’s health and safety protocols. ... Miami won 100-92 in Detroit last month. The third game of the four-game season series will be played in Miami on Thursday.