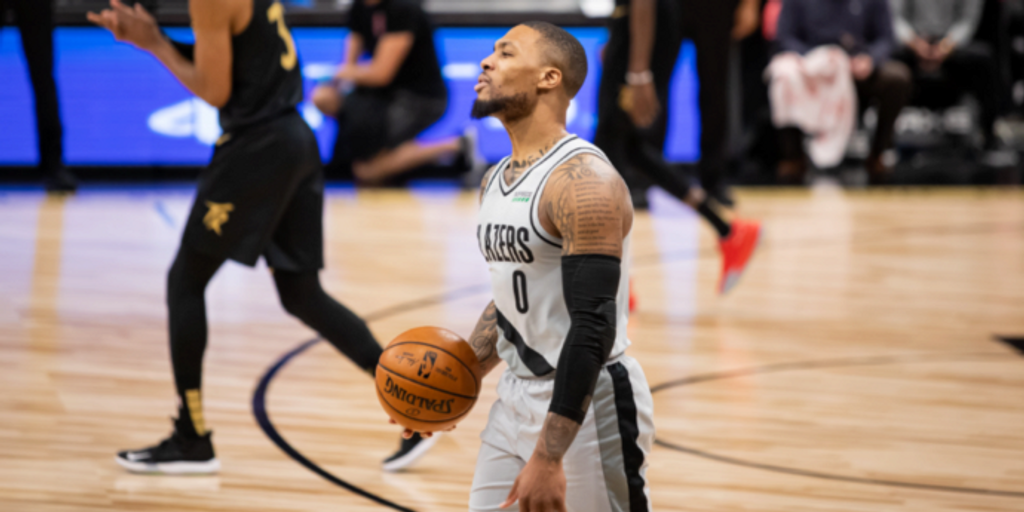 During media availability at Team USA Basketball training camp, Portland Trail Blazers star Damian Lillard was asked about rumors pertaining to his future with the franchise. Lillard said any concerns he has would not be made public at this time.

Rumors broke last month that the backlash from the Blazers' coaching search, coupled with questions about the roster, could become factors in Lillard potentially wanting out of Portland.

As for the hire, Lillard maintained that he was unaware of new head coach Chauncey Billups' sexual assault allegations from 1997 when he went on the record vouching for Billups. He stood behind the franchise's search process that led to hiring Billups -- one that has brought controversy after Olshey answered vaguely about the vetting process at Billups' introductory press conference; the Trail Blazers' public relations department even cut off a question directed towards Billups about the alleged incident.

"I was asked about names that had been floated out there. I said I like [Jason] Kidd, I like Chauncey. At that time, I didn't have any idea of [the allegation]," Lillard said. "When I did learn of it and the process continued, I never felt like it was my job or my duty to say, 'Do this or don't do this.' I do my job, I improve my game and I show up as a point guard of the team. In the past I've never stepped on anybody's toes or demanded anything or told anybody what to do, and it was no different in this situation. That's all I can really say.

Billups takes the reins as head coach from Terry Stotts, who parted ways with the franchise this spring. Lillard added that he believes Billups will be a respected voice by the players.

"I had a prior relationship with Chauncey on a friendship level as somebody that had a lot of success at my position and was a champion," Lillard said. "With us letting Terry go after nine years, our organization was set on looking for a leader of men, somebody players would respect."