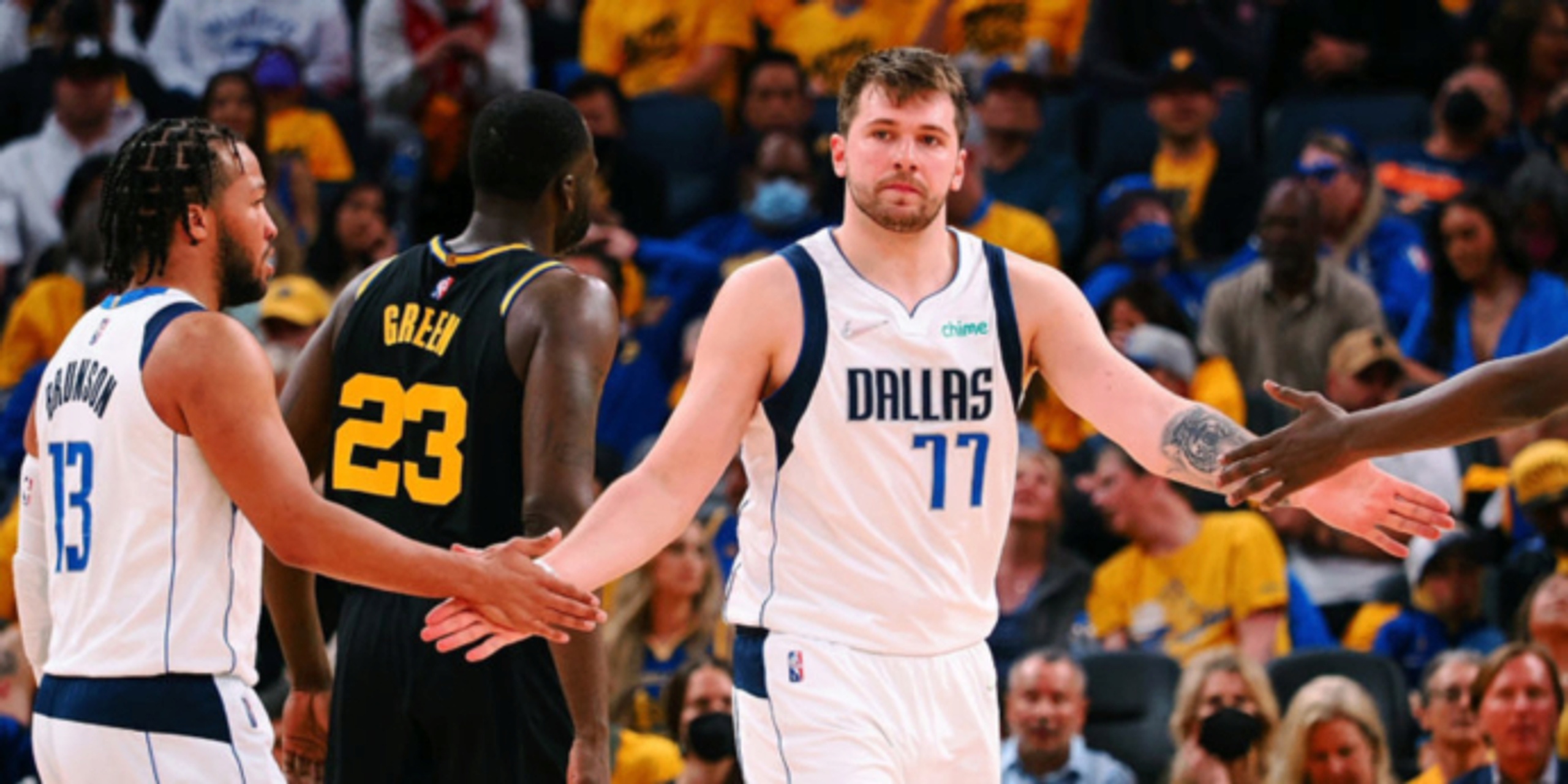 2022 NBA offseason preview: What's next for the Dallas Mavericks?

By appearing in the Western Conference Finals, the Dallas Mavericks showed that they have collected some of the ingredients of an NBA title contender.

Then, the Mavericks won. Luka Doncic continues to ascend as one of the best basketball players on the planet. Several supporting cast members helped carry the load as well, whether it was Jalen Brunson in the first round, Maxi Kleber's Round 2 fireworks or Spencer Dinwiddie's production in the West Finals.

For so long, the narrative in Dallas had been: Does Luka have any help? After 2021-22, we at least know the Mavs have pieces to the puzzle. This summer presents the opportunity to shape the vision of a championship under Doncic and second-year head coach Jason Kidd.

The Mavericks boasted the sixth-best Defensive Rating (109.4) in the NBA during the regular season, per Basketball-Reference. That's impressive growth from a 20th-ranked unit in 2020-21 that didn't undergo massive roster overhaul. Our Nekias Duncan covered Dallas' defense back in January, and it kept up the work even after trading Kristaps Porzingis away in the deal that returned Dinwiddie and Davis Bertans.

No single, All-Defense-caliber player even stands out on the roster right now. Dorian Finney-Smith is very solid and so is Frank Ntilikina, though his minutes are too inconsistent currently. It's a true team-wide shift that significantly raises the team's floor come playoff time.

With that being said — finding a true center to anchor the paint and provide stability on the glass remains a high priority. Dallas was 15th among the 16 playoff teams in offensive rebounding percentage (45.1%) and second chance points per game (9.0). They also gave up 14.2 second-chance points per game to their opponents, ranking fourth-highest in the postseason. The Mavs scored just 42.9 points in the paint per game during the regular season (ranked 29th of 30) and 35.4 in the playoffs (13th of 16) despite boasting two of the league's best driving threats in Doncic and Brunson.

Dwight Powell is a fine, rotation-caliber NBA player, but his minutes decreased in each subsequent series. Kleber is an awesome sharpshooting big and solid defender, but not an impactful interior presence.

Fortunately, there are several available free agents who Mavs president and general manager Nico Harrison could pursue in his second offseason with the team. Unfortunately, they have severely hamstrung themselves financially. According to Spotrac, they're a luxury taxpayer, which only leaves a mid-level exception worth just over $6.3 million to spend on a free agent. Dallas has virtually no path to cap space this season.

Jusuf Nurkic and Mitchell Robinson are the biggest names to hit unrestricted free agency as a center. They would almost instantly plug the rebounding hole, but are they the types of defenders and rim-runners who would thrive with Doncic? And is there a realistic way for the Mavericks to even sign them?

Other free agent centers who could fit in the mid-level exception include JaVale McGee, Andre Drummond and Bismack Biyombo, for some quick suggestions. Dallas does also hold a $10.2 million trade exception that it created when the team traded Josh Richardson to the Boston Celtics. It expires on June 27, before free agency begins, but it provides another avenue to acquire a rotation-level player.

It might make more sense for the Mavs to pursue a sign-and-trade with a restricted free agent. Obviously, Deandre Ayton is the marquee man. Evan Sidery toyed with potential trade packages for the Suns; could Dallas offer something in this ballpark?

I personally am intrigued by Mo Bamba's potential fit. The 2018 No. 5 overall pick had a solid developmental year in Orlando, but appears to be the odd man out in a crowded young locker room. Bamba feels like a worthwhile gamble as a rebounder and rim-protector with a bit more mobility and shooting than your traditional bruising center.

Of course, all this free agency discussion will come after the Mavericks address their largest elephant in the room. Jalen Brunson broke out as a secondary scorer this season, culminating in his huge games that gave Dallas the edge against Utah. He's an unrestricted free agent who deserves a bag this summer.

"It’s the top priority,” Harrison said about re-signing Brunson in his exit interview Friday. “We got to figure that out. Obviously, we’re not in control of it. But he’s definitely a priority. We want to re-sign him. He knows it. And we want him back. He’ll be a big part of our future.”

The Mavs' last route to improve is with their No. 26 overall draft pick. Dallas has been a mixed bag with drafting in recent seasons, but this is the first year Harrison will be at the helm after the franchise passed on the process in 2021. Most recently, the franchise selected Josh Green at No. 20 and Tyrell Terry at No. 31 in 2020. Green's development has been slow but notable through two seasons, while Terry is no longer in the organization.

Matt Babcock's latest 2022 NBA Mock Draft projects the Mavericks to select Max Christie, a freshman wing from Michigan State. Christie was a five-star high school talent who struggled to produce as a college freshman. But his tools as a shooter, scorer and on-ball defender have all flashed and can be sharpened in the right environment.

Aside from Brunson, reserves Trey Burke and Theo Pinson are the only other players entering free agency. However, Dallas notably has just four players under fully guaranteed contracts in 2023-24, per Spotrac: Doncic, Finney-Smith, Bertans and Tim Hardaway Jr. If the squad underwhelms next year, the 2023 offseason could open up a serious roster makeover.

Dallas is on the cusp of true title contention. This offseason is all about checking off some final boxes, keeping the successful core intact and adding depth to a team that persevered through several injuries during the season.

If the summer breaks right, it wouldn't be surprising to see the Mavericks emerging as everyone's favorite championship sleeper by October.